Wednesday night’s vigil was the latest of many in recent weeks, honoring victims of senseless gun violence across the Queen City, as well as Grammy Nominated Rapper Nipsey Hussle. 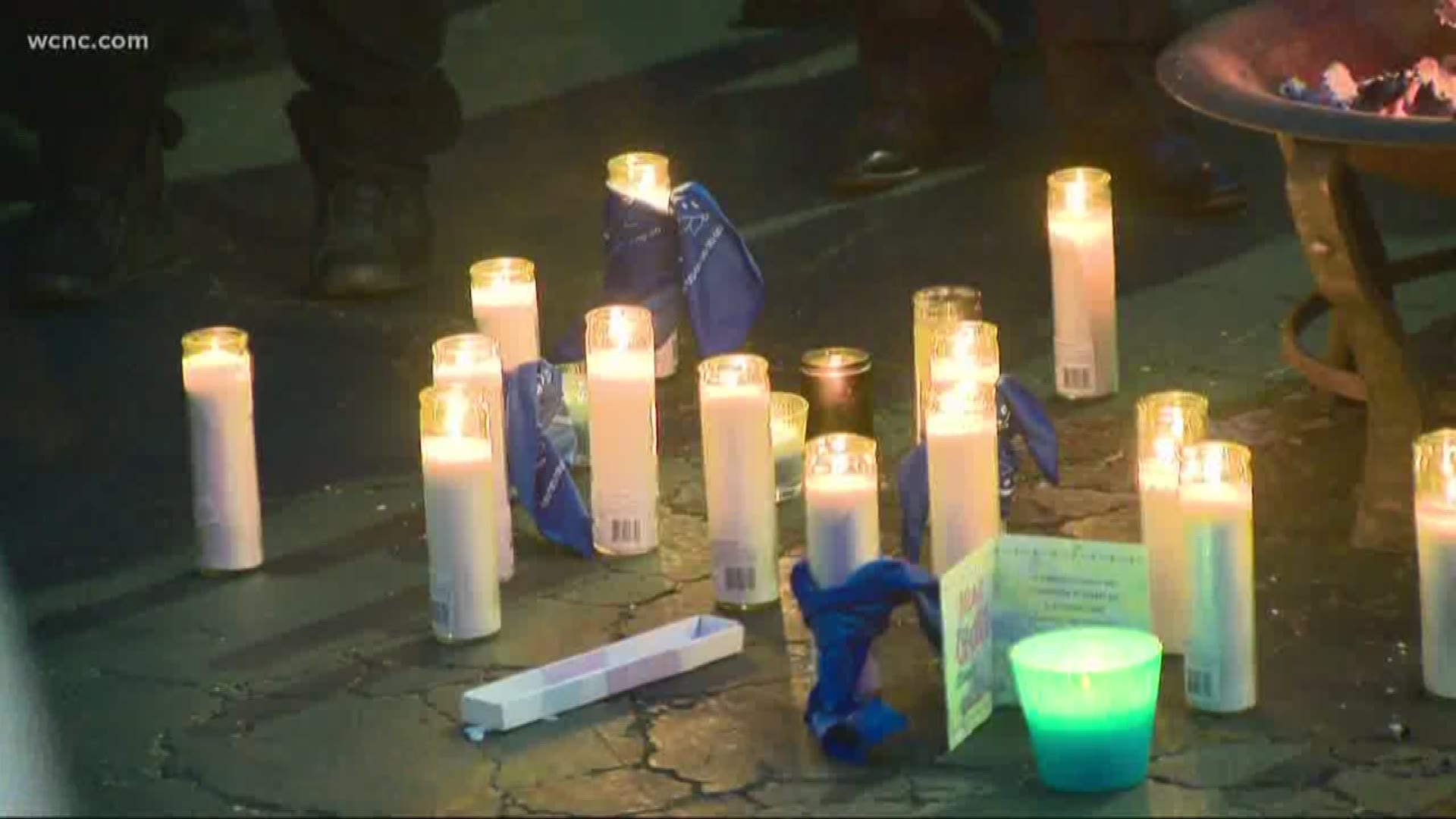 CHARLOTTE, N.C. — Gathered outside the Queen City Basement recording studio were mothers, fathers, children — many who know the devastating consequences of gun violence first hand, and others praying they never have to.

“We got a lot of stuff going on here in Charlotte," former radio personality and community activist Sport E. Odie said. "A lot of people are dying, and a lot of people are losing loved ones. So let’s put together a vigil spotlighting those people."

Wednesday night’s vigil was the latest of many in recent weeks, honoring victims of senseless gun violence across the Queen City, as well as Grammy Nominated Rapper Nipsey Hussle.

Hussle was shot and killed in Los Angeles over the weekend.

He was admired across the country for turning his life around in his adult years, becoming a philanthropist and trusted community activist.

Sport E. Odie said he worked with the rapper on several occasions, the last time in February when Hussle visited Charlotte for NBA All-Star Weekend.

“I’ve lost a lot of people, my mother, my father, my grandparents," he said. "And this one, it felt similar because he had such a positive influence on the world."

Some of those who attended also donated money to Kendal Crank’s family for funeral expenses.

Crank, a 27-year-old mother of two, was killed last week on her way to nursing school at CPCC when she got caught in the middle of gunfire. The father of her children attended the vigil as well.

Sport E. Odie spoke to those in attendance on overcoming the pressure to resort to violence.

“I just want to say to anybody that’s feeling pressured, feeling bullied, or feeling like they want to shoot somebody, let’s think twice," he said. "You know. This senseless gun violence is getting out of hand. You’ll end that person's life and you’ll end your life because you’ll go to prison."

Sport E. Odie said later on this month he and others are going into classrooms across the city, talking to teenagers about how to handle their problems and disagreements with other students.