Charlotte’s violent crime continues to spike, putting the city on pace to surpass all of the homicides of 2016 by Labor Day weekend. 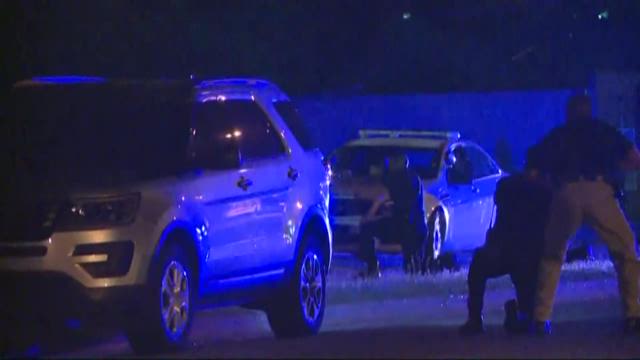 CHARLOTTE, N.C. (WCNC) - Charlotte’s violent crime continues to spike, putting the city on pace to surpass all of the homicides of 2016 by Labor Day weekend.

According to data released by the Charlotte Police Department, the city has had 36 homicides so far in 2017. This time last year, there were 19. That’s an 89 percent increase.

In the time period from Memorial Day Weekend to Labor Day Weekend 2016, the amount of homicides nearly doubled. The city saw 18 homicides in a little more than three months.

If that trend continues, Charlotte’s 36 homicides this year could skyrocket to 70 or more before the end of the summer.

“We are seeing way too much disregard for human life,” says Deputy Chief Johnny Jennings. “People are settling their disputes with a firearm.”

Each of the police department’s divisions is actively planning its crime-fighting tactics, Jennings says.

The public can expect to see “officers out on the walking beats, bike patrols, increased patrols,” he says.

This past Memorial Day weekend was one of the deadliest in recent history. Four people were killed in four separate incidents. Three of the four were under the age of 25, Jennings says.

He says they have identified all of the parties involved including potential suspects in three of the cases.

The motives include, robbery, drugs, and an argument among acquaintances that spiraled out of control.

“It’s been awhile since we’ve seen a weekend with this many senseless acts and quite frankly, it’s disturbing to us,” says Captain Cecil Brisbon.

The case that is still a puzzle to police is the one that played out dramatically on live television on NBC Charlotte Monday night.

Daveon Andrews McAdams was shot and killed on Rozelle’s Ferry Road Monday evening. While police were still working the crime scene, a barrage of bullet buzzed by. Police, passersby, and our news crew had to take cover.

Police are still working to determine whether those shots were fired in direct response to McAdams murder, or if someone was just shooting off some rounds. Brisbon describes the situation as “brazen”.

“Anybody that’s going to commit a homicide is a brazen individual,” he says. “Whether or not police are nearby that doesn’t always work into that equation.”