The incident from December of 2020 has reached the national spotlight 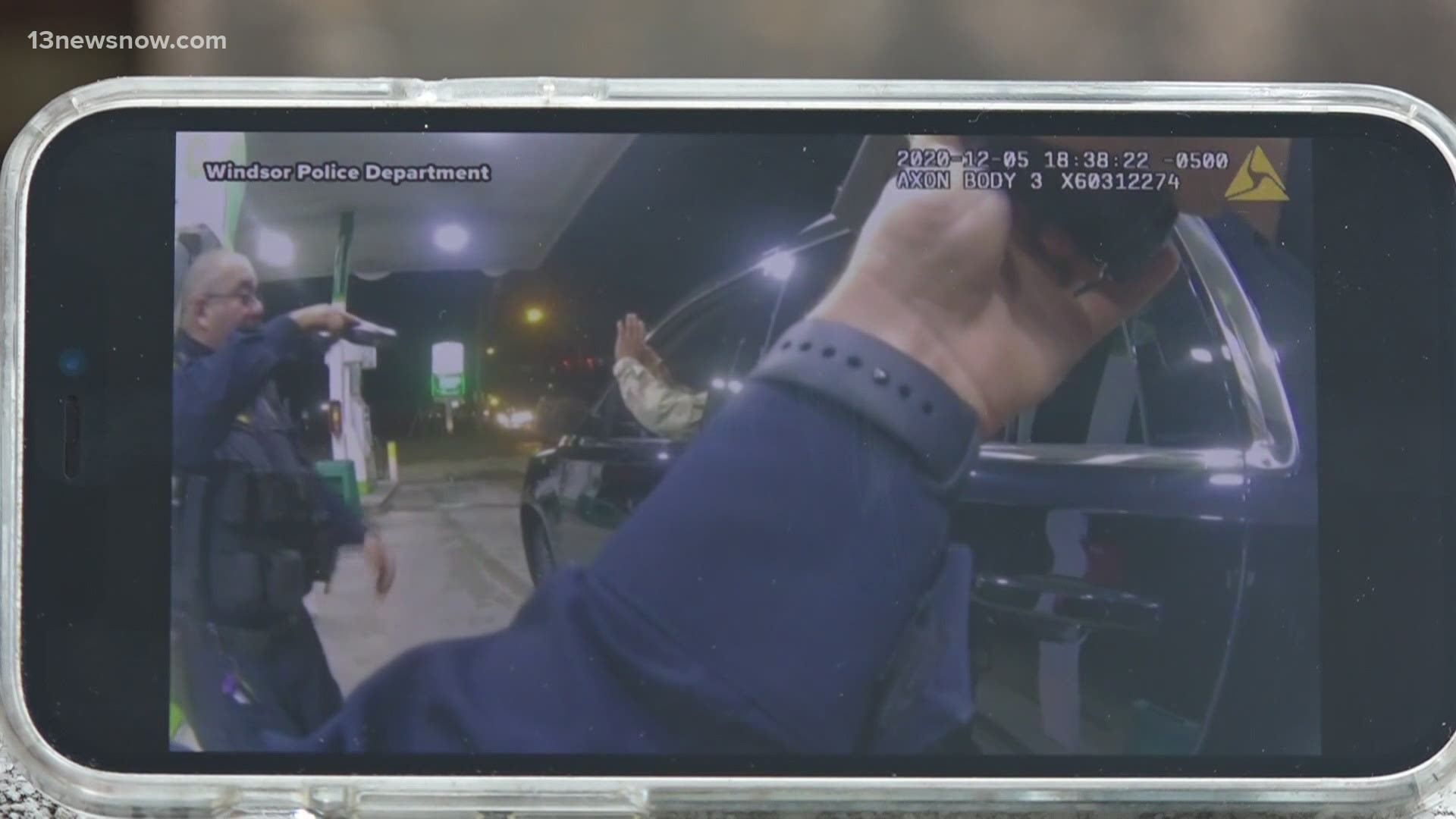 WINDSOR, Va. — A two-word, 17-letter phrase is at the forefront of the now-viral traffic stop incident in Windsor, VA.

The Virginia NAACP is renewing its campaign to end "qualified immunity" for law enforcement officers in the state of Virginia, following bodycam footage showing US Army 2nd Lt. Caron Nazario being pepper-sprayed by a Windsor Police Department officer during a traffic stop at the BP gas station on Windsor Boulevard.

The Windsor Police Department has since fired officer Joe Gutierrez, now a defendant in a lawsuit filed over the traffic stop, but the Virginia NAACP is pleading for more direct action from Gov. Ralph Northam.

“Qualified immunity is unique: it allows individuals in their official capacities in law enforcement to not be held for their actions," Love said. "Now we’ve had enough.”

Qualified immunity is defined by the National Conference of State Legislatures as protecting "state and local officials, including law enforcement officers, from individual liability unless the official violated a clearly established constitutional right."

The state-level NAACP is calling for Gov. Northam to call a special session so lawmakers can debate ending qualified immunity for all law enforcement in the state.

Despite several progressive bills becoming law in 2021, bills to abolish it did not make it out of either state house or state senate.

“The fact a law enforcement officer who’s supposed to protect and serve, said that the individual [Lt. Nazario] should be afraid of him, that tells us there needs to be more accountability," Love said.

Virginia Attorney General Mark Herring has requested the personnel records of the two officers involved in the stop, Joe Gutierrez and Daniel Crocker, as well as complaints of excessive force received by the Windsor Police Department in the last 10 years.

A statement from the OAG reads:

Attorney General Herring is deeply concerned about the traffic stop of 2nd Lt. Caron Nazario. He believes that the manner in which the officers of the Windsor Police Department (WPD) conducted themselves was dangerous, unnecessary, unacceptable and avoidable.