The rally aimed to energize local voters and encouraging North Carolinians to cast their ballot on the final day of early voting. 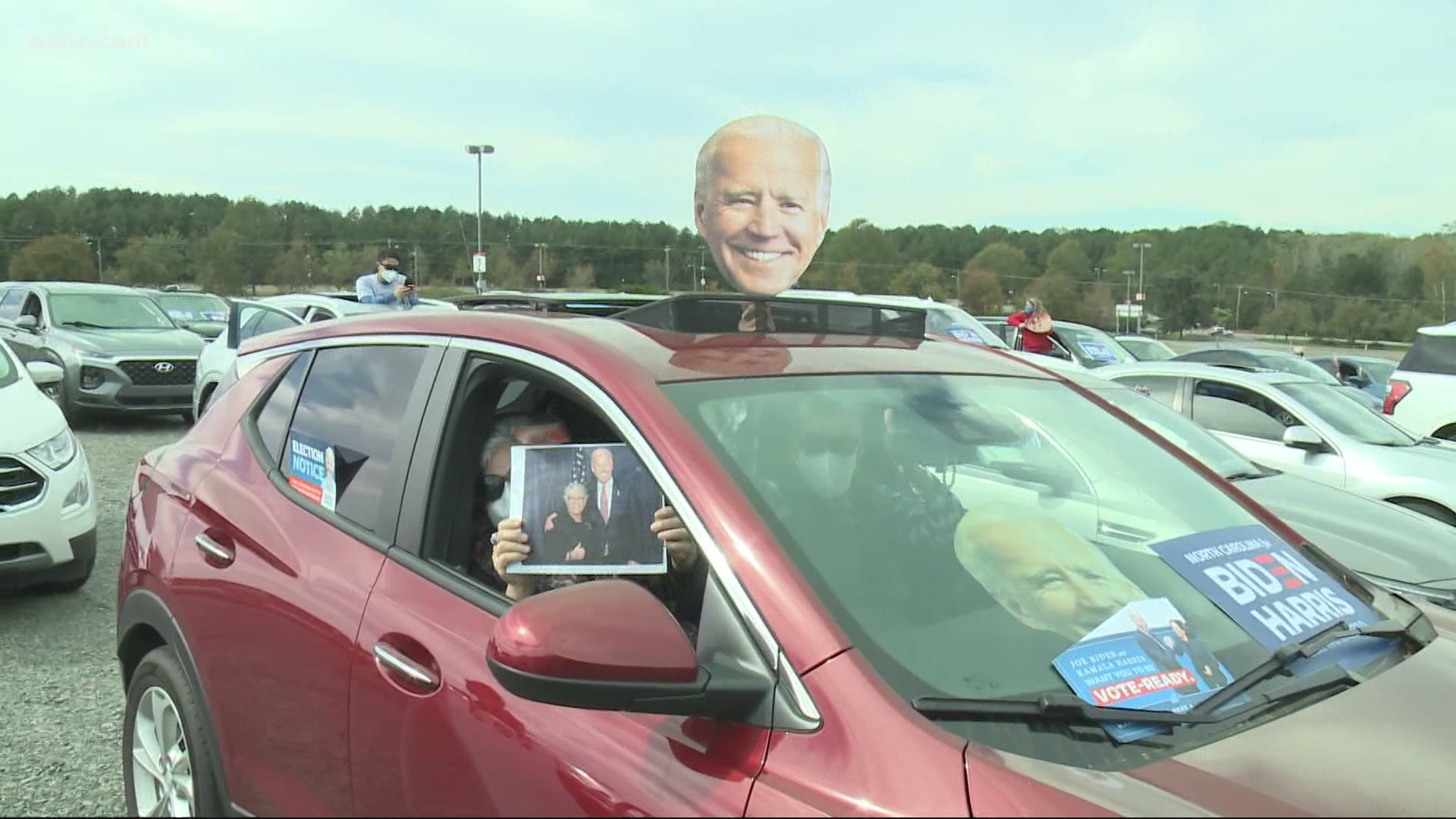 The rally took place on the last day to vote early in North Carolina.

"I can't tell you how glad I am to be here with all of you and see and hear so much excitement for Joe," Jill Biden said, as many in attendance honked their car horns.

The Biden campaign has multiple events coming up in Charlotte leading up to the election, including three campaign events Sunday headlined by North Carolina public figures. President Donald Trump also has several campaign events across the Carolinas, including a visit to Hickory on Sunday.