Hundreds of birds crash into the NASCAR Hall of Fame

In a video recorded Tuesday night in Charlotte, hundreds of birds can be seen flying into the windows at the museum. 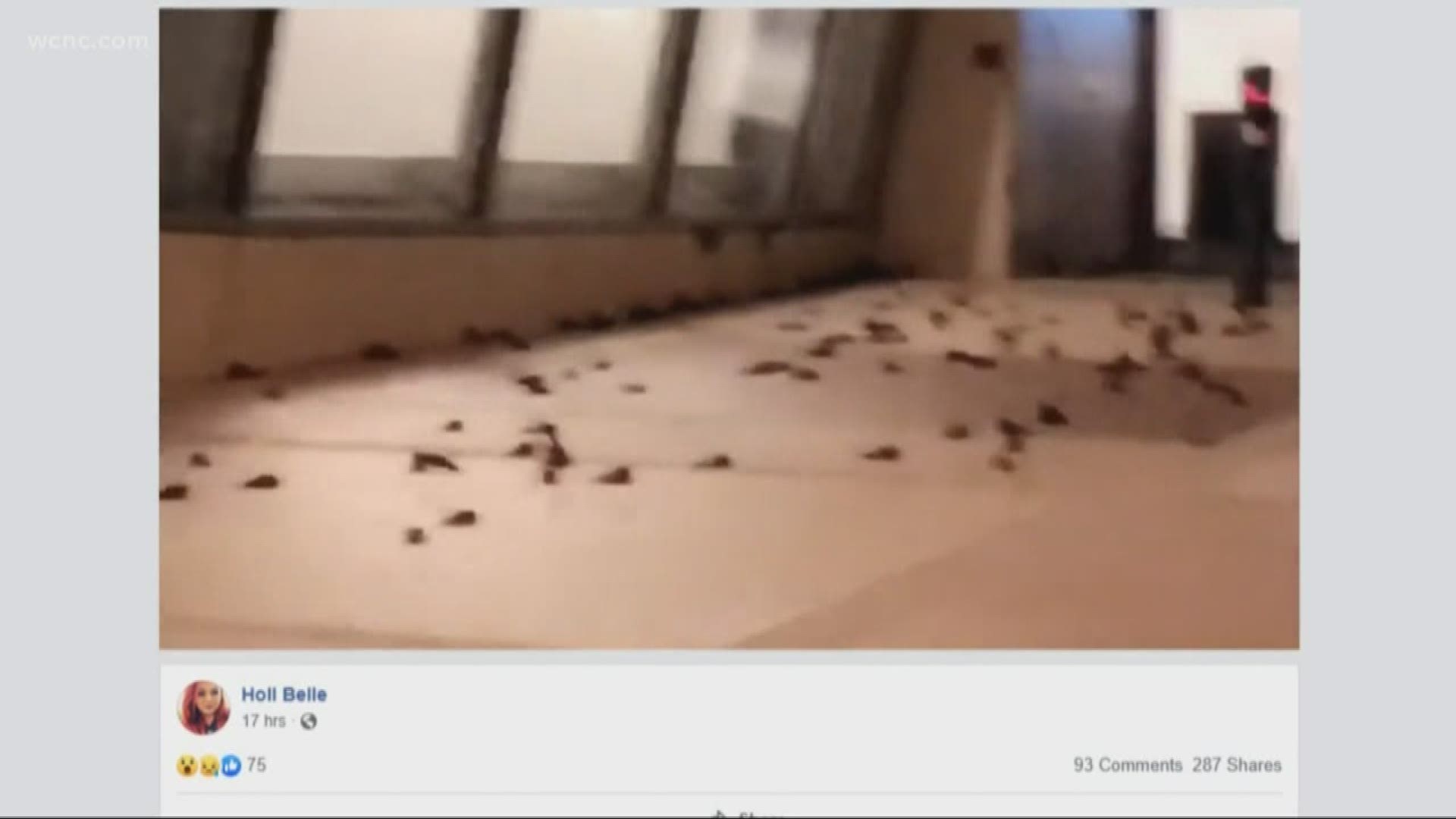 CHARLOTTE, N.C. — Hundreds of birds were either killed or injured after flying into the NASCAR Hall of Fame in Charlotte Tuesday evening.

A video posted to Facebook showed birds strewn across the ground after making a hard impact with the building in uptown Charlotte.

The group will be evaluating and tagging the birds, which they have identified as Chimney swifts.

"Chimney swifts are aerial insectivores and require hand-feeding lots of worms," Carolina Waterfowl wrote. "It's an expensive endeavor but these birds are an incredible contributor to our ecosystem and eat hundreds of mosquitoes a day."

The group anticipates needing volunteers to feed and care for the birds.

"We desperately need help feeding them and will be posting for volunteers," Carolina Waterfowl wrote late Tuesday. "They all have to be hand-fed. I'm not sure how we will manage but where there is a will there is a way. Tonight we just need some sleep."

They said about a third of the birds were dead at the scene. Ten of the birds had to be euthanized, 100 are severely injured with broken wings, legs or other fractures. Another third appeared stunned and will hopefully be released in a few days, the rescue group said.

NASCAR Hall of Fame released the following statement regarding the incident:

"Last night we learned that a large number of birds had flown into the glass exterior of our building. We are extremely grateful to Charlotte City Services, the Animal Control division of CMPD and Carolina Waterfowl Rescue for their prompt response and for handling the situation with great care and compassion. We are saddened by this very unusual and unfortunate event, and are very appreciative of the professionalism and response of our City partners who assisted last night. Animal Control has confirmed there are not any health issues that might affect the public, our guests or employees."

In video posted online, the birds can be seen flying into the large glass windows facing East M.L.K. Boulevard.

In a link shared on the Carolina Waterfowl Rescue Facebook page, the Cornell University explained birds can fly into windows at night because of the light.

"At night, nocturnal migrants (including most songbirds) crash because they fly into lighted windows," the school explained. "Some of these nighttime collisions are due to chance, but much more often the nocturnal migrants are lured to their deaths by the lights."

The Charlotte Regional Visitors Authority released the following statement in response to the incident:

"We welcome the opportunity to meet with representatives from The Audubon Society and learn what may be the root cause of this regrettable incident. The NASCAR Hall of Fame Plaza is a public space that is frequented well into the night, and evening events are a critical component of the NASCAR Hall’s success. Finding a balance between operations and safety is our goal. After learning more, we are willing to evaluate potential adjustments that we hope would mitigate future occurrences. Following the conclusion of a scheduled event at the Hall tonight, we will reduce lighting to a minimal level. Continued dialogue to address concerns regarding this matter is important to us."

On their Facebook page, the rescue group has raised at least $3,000 to help care for the injured birds. 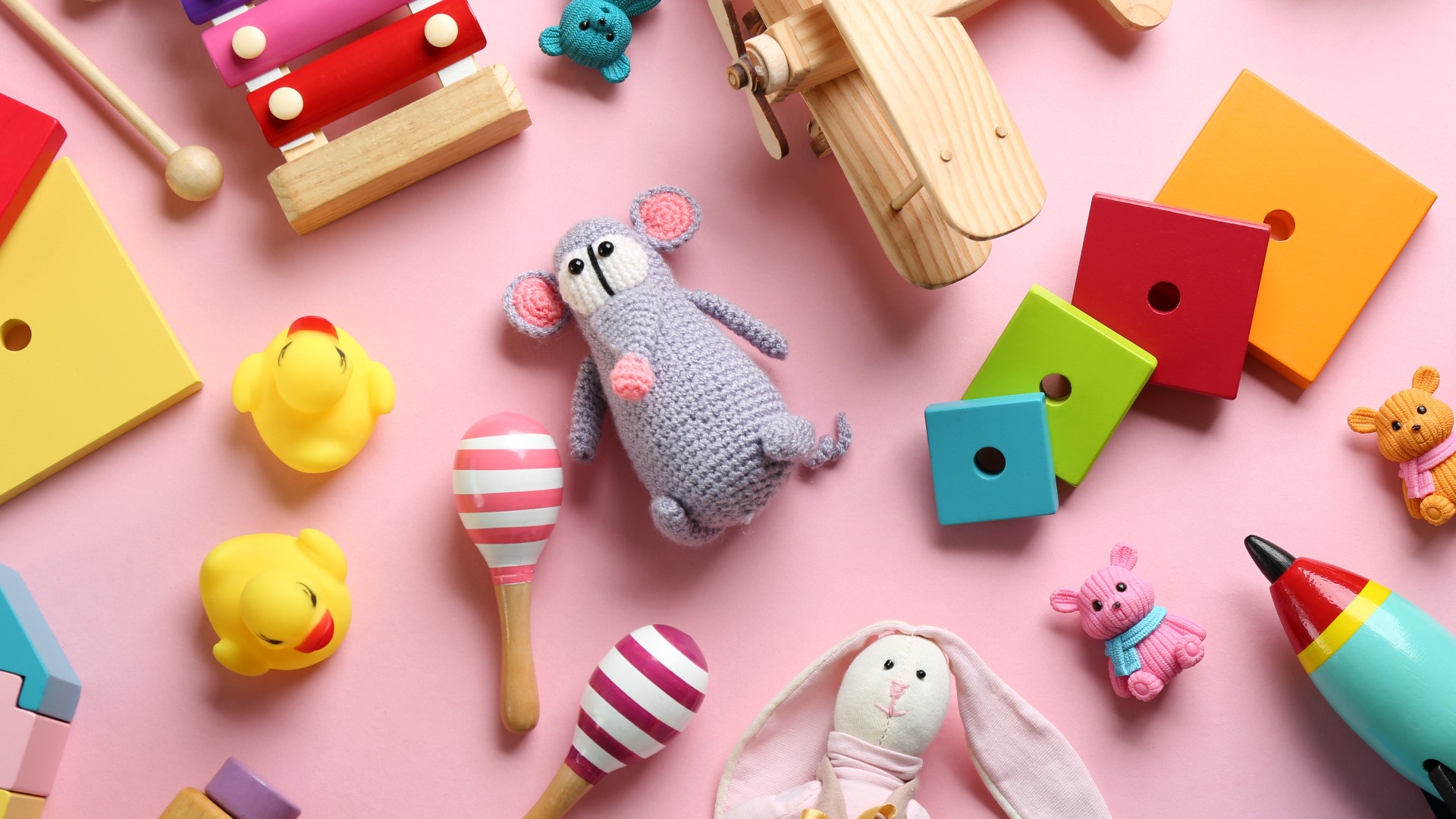 Doctors say when it comes to toys, less is more