Hundreds of artists and comic book lovers will come together for one of the nation's biggest comic conventions this weekend. 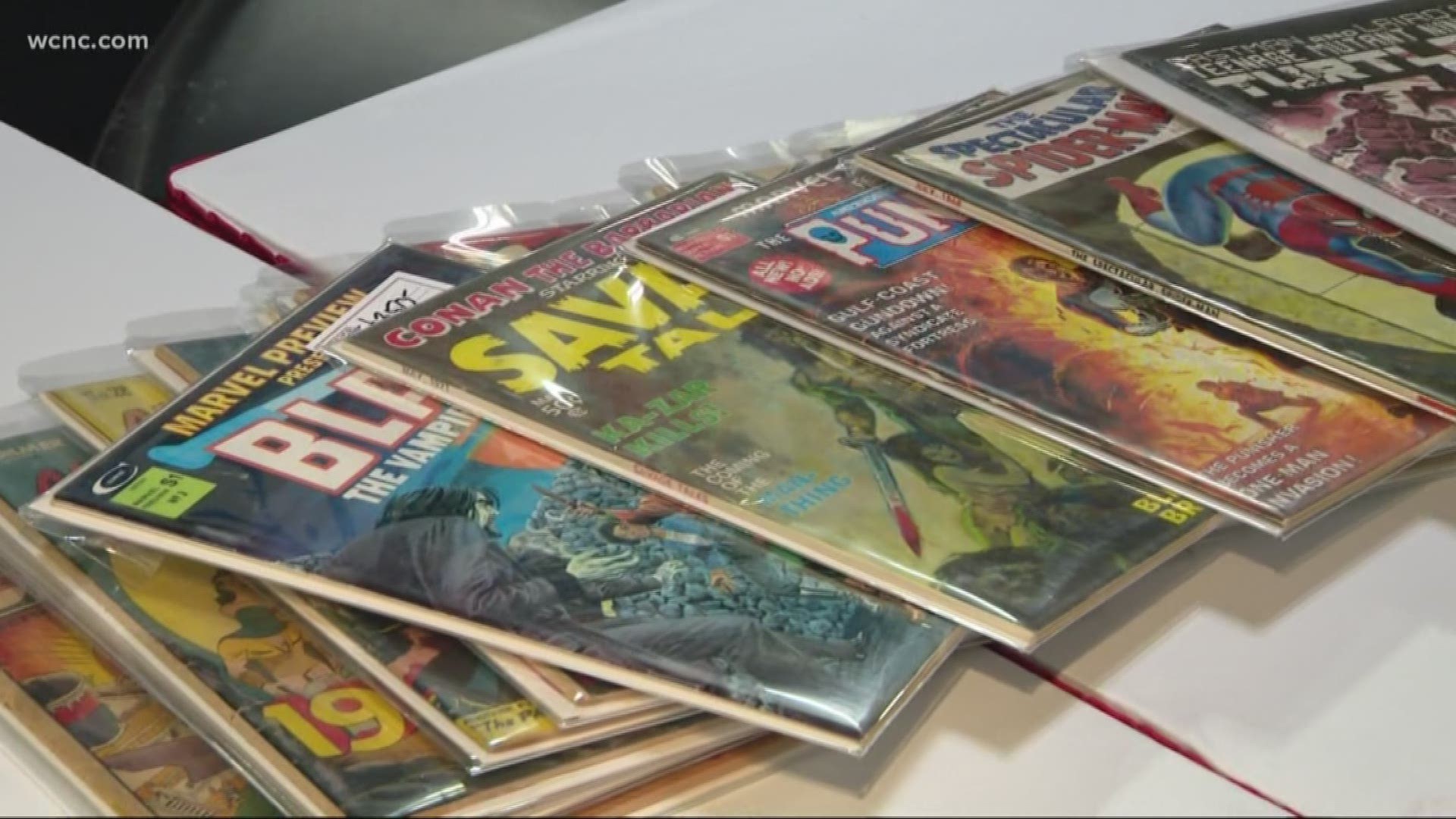 CHARLOTTE, N.C. — Comic book lovers from across the country will gather at the Charlotte Convention Center in uptown for the annual Heroes Convention this weekend.

The convention will feature hundreds of artists, fans and merchants sharing their love for comic books and superheroes over three days. Shelton Drum founded HeroesCon over 30 years ago with the goal of celebrating comics and the people who make them.

"You know, the actors get all the credit but the guys that are here are the ones who through them up," Drum said.

And long before Christian Bale became Batman and Toby Maguire was cast as Spider-Man, the beloved heroes lived in the pages of comic books. But the convention isn't just about heroes who wear capes. For instance, there are cat superheroes, like Harry Catter.

HeroesCon is family friendly, too, because all kids under 18 get in free, including teenagers. Drum says he wants kids to get in free because he wants them to stay interested in comic books. Adult tickets are $25 per day or you can get a three-day pass for $50.

MORE FROM WAKE UP CHARLOTTE

Sign up for the daily Wake Up Charlotte newsletter