Could we see a surge in Kindergarten class attendance?

Kindergarten enrollment is surging right now after many parents chose to delay their child's first year of elementary school. 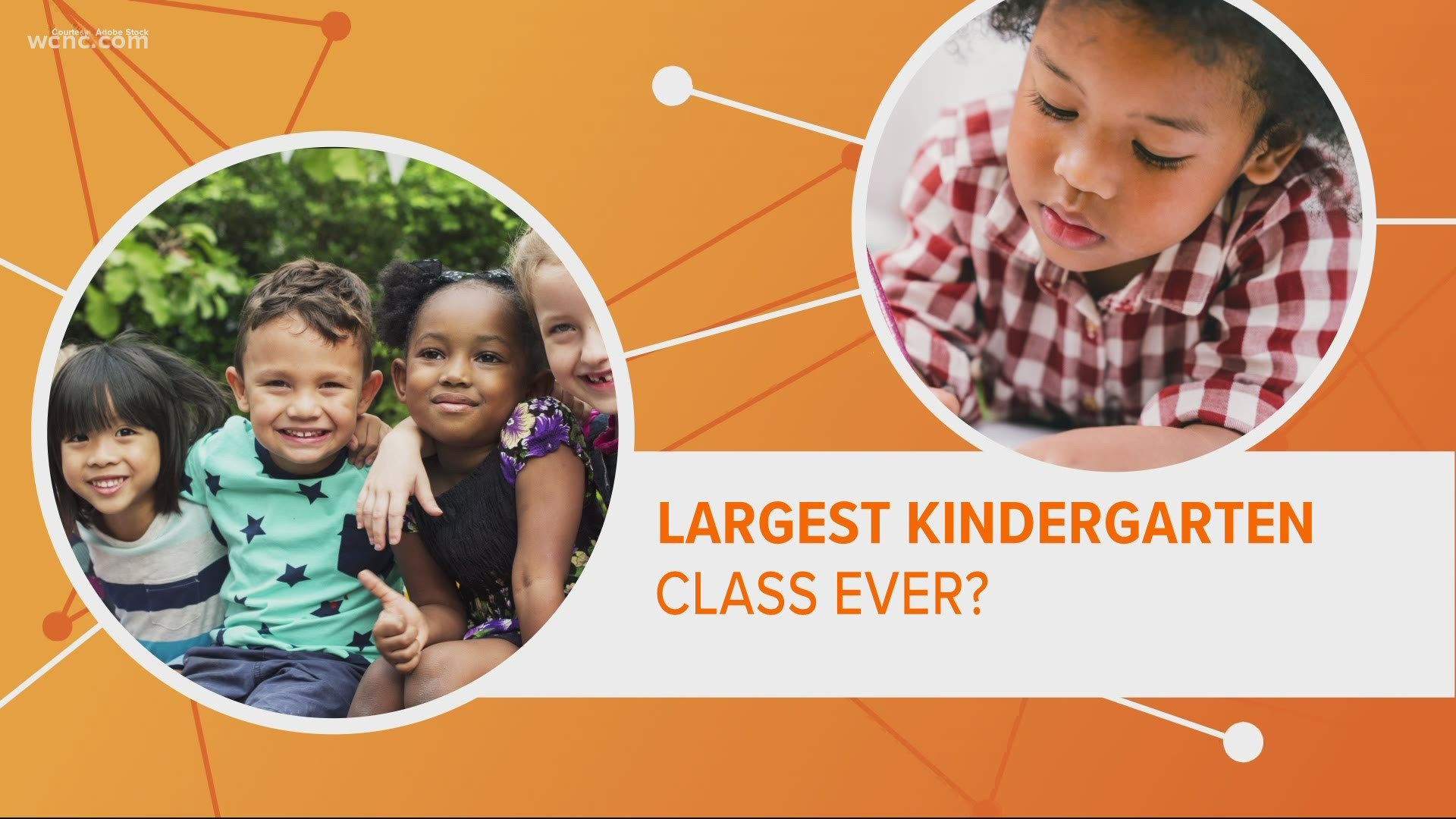 CHARLOTTE, N.C. — School districts are scrambling ahead of what could be the largest kindergarten class ever.

Kindergarten enrollment is surging across North Carolina after many parents chose to delay their child's first year of elementary school due to COVID-19.

Kindergarten isn't mandatory in North Carolina, so even before the pandemic, some parents chose to "redshirt" their children.

Kids who would be considered young for their class often start kindergarten a year late, so they have an extra year of development before starting school. Now the number of "redshirts" is through the roof.

In 2020, many kids were held out of school, not because of their age, but because of the pandemic. Now all of those new students are signing up this fall. And many of those kids may not be ready for the school environment.

That means for nearly half of this year's kindergarteners, it could be their first time ever stepping foot in a classroom.