On Sept. 3, 1991, 25 workers died when the building went up in flames. Emmet Roe, the owner of the plant, had ordered them locked. 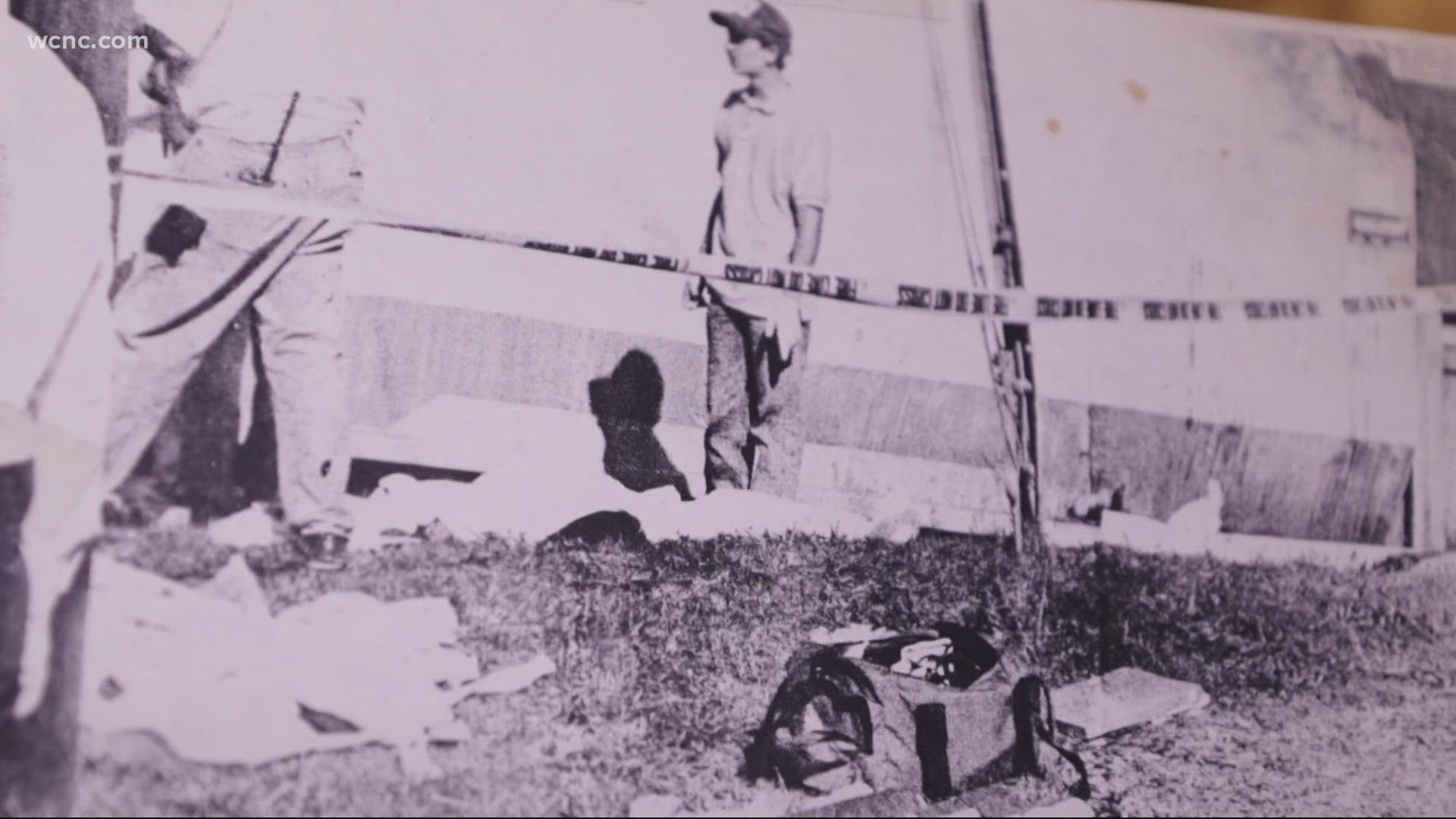 HAMLET, N.C. — With tears welling up in her eyes, Ella Ingram looked at a memorial placed at the site of the old Imperial Processing Plant where she worked 30 years ago in Hamlet, North Carolina.

"I'll never forget that place, all those lives," Ingram said.

On Friday, the community will come together again to reflect on what was the worst workplace accident in state history.

On Sept. 3, 1991, 25 workers died when the building went up in flames. Ingram said she's blessed because she was not inside the plant when it caught on fire.

"Because had I not get hurt here, then I would've been in that fire," Ingram said. She said she was injured a few weeks before the fire and could not go back to work at the plant which was, at the time, the largest employer in the small town of Hamlet.

Ingram paused and said that the woman who took her place on the line perished.

"She was standing right where I would be, she gone." Ingram said, "She was the last one they pulled out."

Annette Zimmerman was working that day along with two of her friends.

"Margaret Banks and Brenda Kelly generally stuck together we were known as the three musketeers," she said. Zimmerman said the trio would often travel to work together, work on the same "line", eat lunch and leave at the same time.

"If we came separately we would wait for each other before we would clock in," she said.

The plant processed chicken parts for restaurants and many of the employees, mostly women, said they knew the conditions were not ideal, but it was better money than working at other places in town.

But a twist of faith separated the friends that day.

"I stopped on another line to speak to somebody," Zimmerman said. "I always spoke to everyone, but they went to another line, and I was sent to the thigh deboning line."

She said she just assumed she'd see her friends on a break, or after work.

Then a fryer that a man was working on while it was actually in use, exploded. It was ignited by a faulty hydraulic line. Flames fueled by grease allowed the fire to quickly get out of control. At first, those not near that part of the plant had no idea what had happened.

When she pulled back a partition to tell them to be quiet, that's when she said she realized why they were screaming.

"We thought it was a snake in the other room so when I moved the partition nothing but a black ball of smoke came," she said.

Smoke quickly blanketed the plant, lights flickered and panic ensued as people tried to find a way to get out of the plant. Zimmerman and the others were desperate to escape the plant, which had never had a safety inspection in the entire 11 years of operations.

"All you could hear was the screaming and we got to the area where we knew we could go out," she said. "Only to find out it was locked from the outside."

Emmet Roe, the owner of the plant, had ordered them locked. His employees said he thought they were stealing chickens.

Zimmer said in the chaos, she fell twice, was trampled, but was able to get up. Some workers decided to try to hide from flames in the freezer, Zimmerman said she didn't want to do that. She stayed by the door and huddled up with others.

"Someone said we should pray, so we did," she said.

All as they tried to bang on the walls and some others tried to peel back parts of the door. Thankfully someone managed to crawl out of a hole and get help.

But even when that person got outside and found supervisors who were across the street, they still had trouble finding keys to open the chained doors. One man actually kicked open a door allowing some workers to get outside.

Zimmerman said when she finally saw lights from outside, she collapsed and woke up across the street. She passed out again.

Of the 81 employees working at the time, 25 died, including her two friends. 56 workers were injured.

"I suffered for years from depression, because Margaret and Brenda both died and couldn't understand why I didn't," Zimmerman said. She added on her darkest days she tries to remember her friends and continue to live on for them and the others.