'We wont let this knock us down,' Blue Marlin owner reacts to damage from protesters

The restaurant is taking Sunday off to allow employees to rest and regroup but Dukes said "We'll be back strong on Monday." 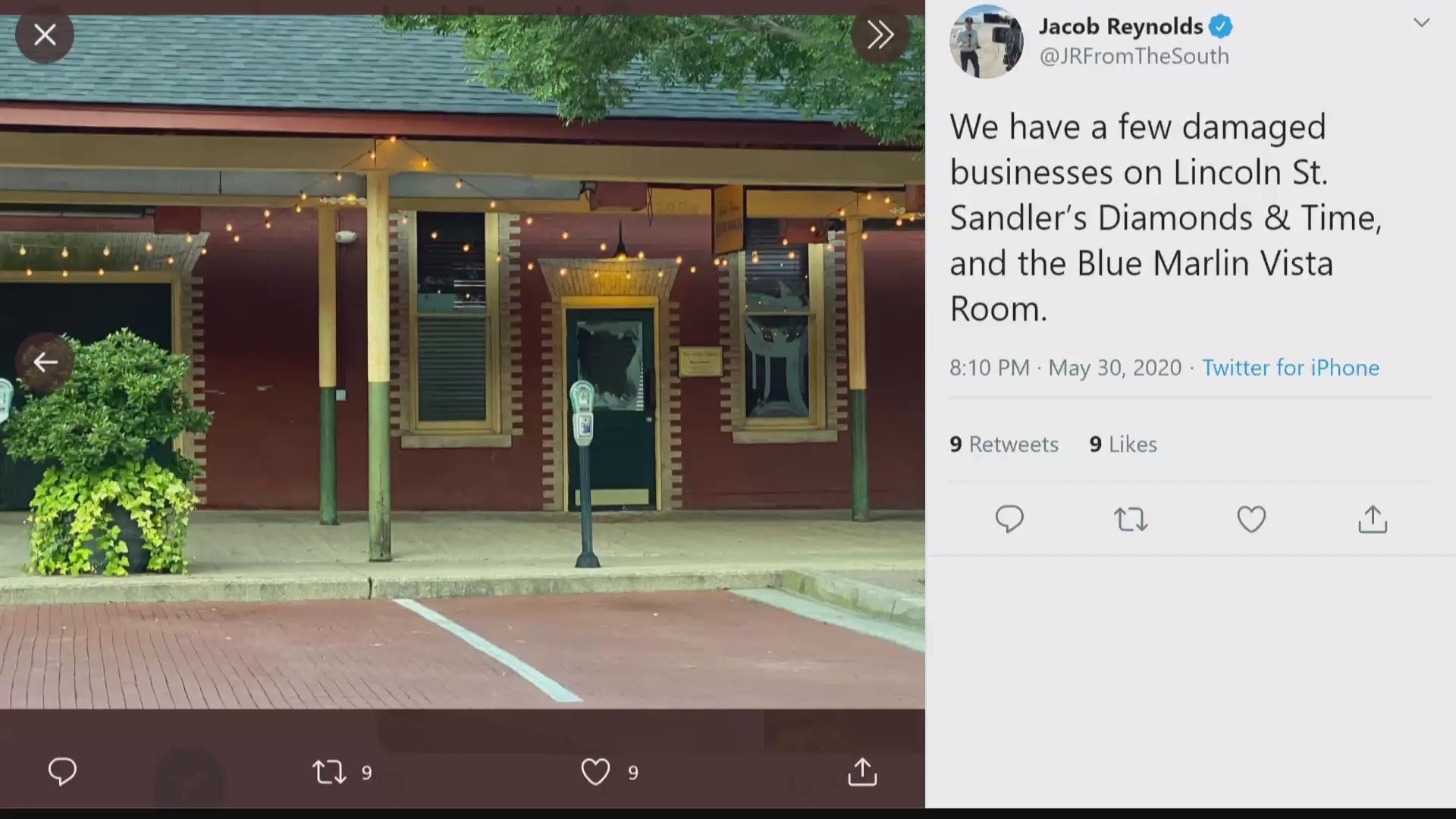 COLUMBIA, S.C. — Several businesses in the Congaree Vista were vandalized Saturday in the wake of the the 'I Can't Breathe' March.

By late afternoon, after the march had made its way to Columbia Police Headquarters, the scene turned to chaos, with police vehicles set on fire, police officers and protesters injured and vandalism throughout the area.

Among the businesses damaged was the Blue Marlin, a longtime Columbia favorite and staple of the Vista.

Ryan Dukes, one of the family owners of the restaurant, spoke with J.R. Berry Saturday evening.

Dukes said the building mainly suffered broken windows, spray paint damage. As for their employees, Dukes said they were shook up, as was he. "You see smoke coming down the street and people running around throwing bottles and doing things like that, it kinda changes your whole tune. So, we got everybody out of there as quickly as possible."

As for the police response, Dukes says he is happy with the way the Columbia Police Department responded overall and to his particular situation. Dukes said police were very responsive and helpful in getting his employees out of the building and the area safely.

RELATED: 'Get off the streets' | 6PM curfew issued in Columbia after protests turn chaotic

"I believe that peaceful protesting is a great thing. I think it allows people to get their thoughts and feelings out," Dukes said. "But what it elevated to today took us back a few steps."

Dukes said he he believes businesses in the Vista will not allow the events of Saturday to scar what they have worked so hard to build. "We are a strong community and the Vista is a strong area. We're going to come out off this stronger than ever."

The restaurant is taking Sunday off to allow employees to rest and regroup but Dukes says "We'll be back strong on Monday."