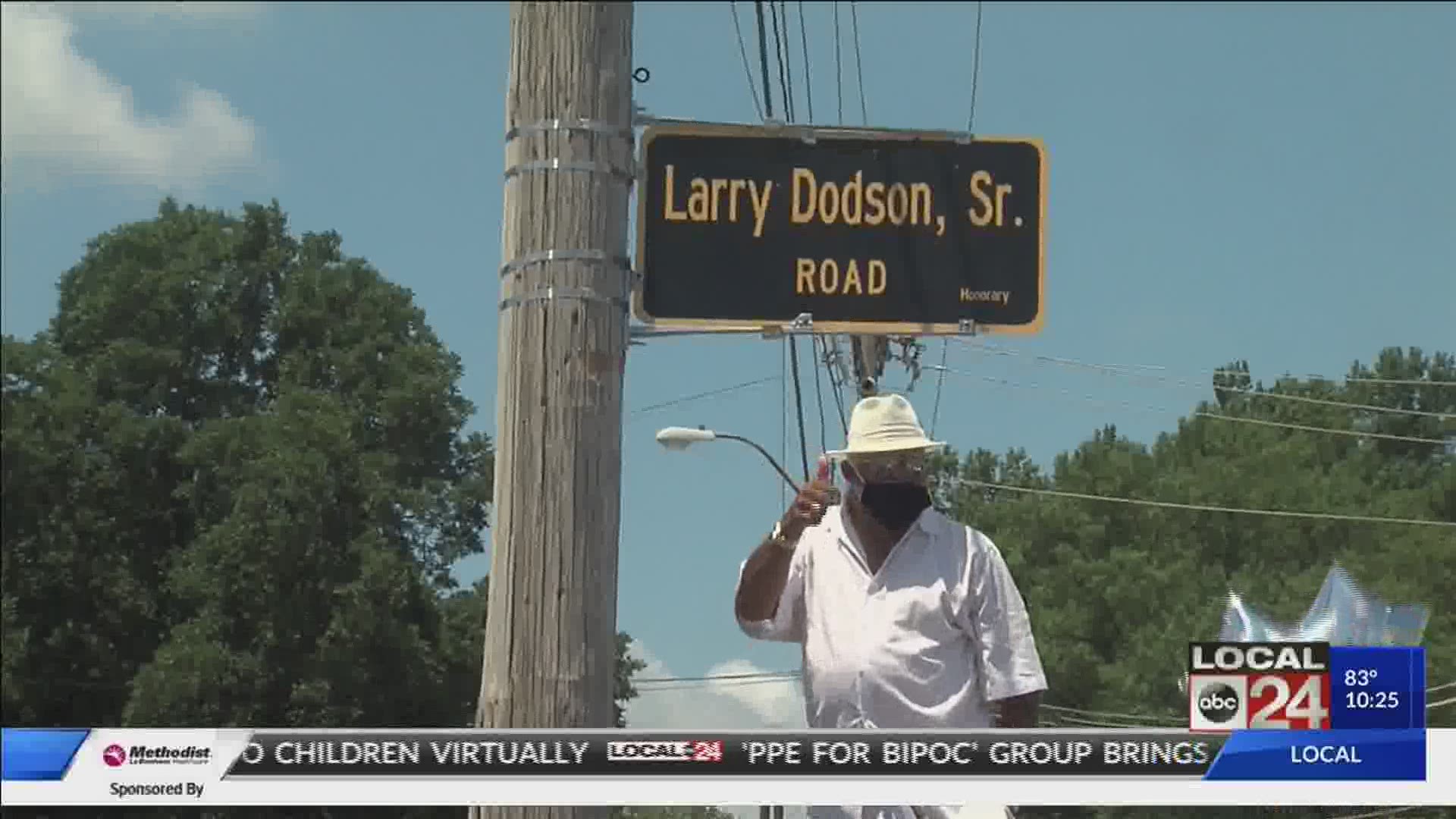 Memphis native and national recording artist Larry Dodson along with his wife Marie and their children were all present for the special event, at the corner of Marlin Road and Elvis Presley.

Memphis City Councilman Martavious Jones helped surprise Mr. Dodson with the resolution for the street renaming back in January. Due to the coronavirus, the sign installation and unveiling was postponed from May to Friday July 10.

Dr. Larry Dodson Sr. was born on January 22, 195. He graduated from Carver High School in Memphis. Dodson and his wife Marie and two children, Precious and Larry Jr.  Larry received an honorary doctorate degree from LeMoyne Owen College who he supports with the annual Allen Jones/Marjorie Barringer/Bar-Kays Scholarship.

For 47 years, Dodson was the lead singer of The Bar-Kays, selling millions of records all over the world with over 20 top ten singles, 30 albums and numerous gold and platinum records. He released his first book entitled, "And the Band Plays On: The Life Story of Larry Dodson" in September of 2017, and now as a solo artist, Dodson is back on the stage touring as LARRY D. Original Lead Singer of The Bar-Kays. Larry is also the owner of a full service entertainment booking agency called LaMarie's Entertainment Complex, which he currently runs with his family.