'If you don't use it, you absolutely lose it' | As pool season heats up, YMCA of Greater Charlotte offers drowning prevention tips

According to the Centers for Disease Control and Prevention, drownings are a leading cause of injury death for young children ages 1 to 14. 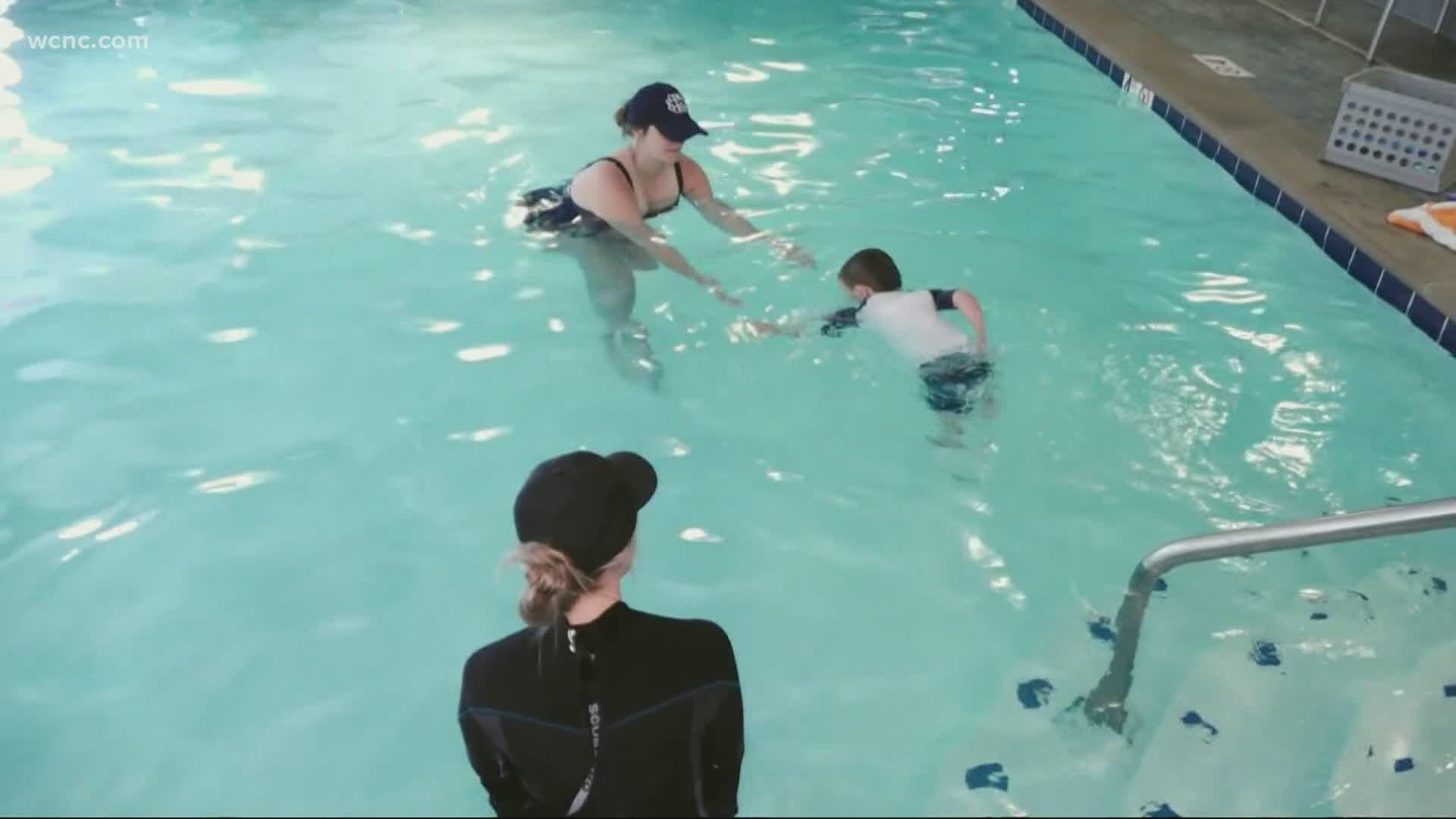 CHARLOTTE, N.C. — The YMCA of Greater Charlotte is making drowning prevention a priority this summer to keep people safe when they get in the pool or any body of water.

According to the Centers for Disease Control and Prevention, drownings are a leading cause of injury death for young children ages 1 to 14, and drowning kills more children 1 to 4 than anything else except birth defects.

"It's fast and within 10 seconds, you could slip below the surface of the water and it's quiet,” said Ame Guy, association director of aquatics for the YMCA of Greater Charlotte. “No one sees it, and no one hears it."

Guy said it’s crucial to designate a “water watcher” to keep eyes on children in the water at all times, even in shallow water.

"With backyard pools and parties, and even apartment complexes and lakes and rivers and oceans, there's a lot of family members gathered,” Guy said. "And they are thinking that someone's watching when in turn, everyone's talking and no one's watching."

Guy said it’s also important that any non-swimmers of any age wear a U.S. Coast Guard-approved life vest before entering a pool or any body of water.

The YMCA of Greater Charlotte is seeing almost double the demand for swimming lessons this summer compared to last summer, according to Guy.

Swim instructors with the YMCA start with the basics, gradually helping students grow into strong swimmers.

"Number one thing I want to teach them is to not fear the water,” said Matthias Poku-KanKam, the Safety Around Water (SAW) coordinator for YMCA of Greater Charlotte. “A lot of things that usually happen, a lot of injuries is when they're scared of it a little bit."

According to the YMCA of Greater Charlotte, the SAW program launched in 2015 and “teaches children basic water safety and swimming skill that reduce their risk of drowning and give them confidence in and around water.” The program has served children across 30 apartment communities in the Charlotte area.

On June 16, Charlotte-Mecklenburg Police reported a 13-year-old girl drowned at the pool at the Vista Villa Apartments.

According to WCNC Charlotte records, it’s the third reported death related to a youth drowning incident at the apartments since 2015.

Guy said the SAW program worked with students at the Vista Villa Apartments in the past.

“I read the news story yesterday, and I just, you know, thought what if we would have been there this summer?” Guy asked. “Could we have helped to prevent? And that’s what we’re constantly saying with swim lessons is, how could we help to prevent? Because every drowning is preventable.”

Guy said she is passionate about drowning prevention and believes learning to swim is a life-saving technique. She said she would love to see school systems require formal swimming instruction for students to save more lives.