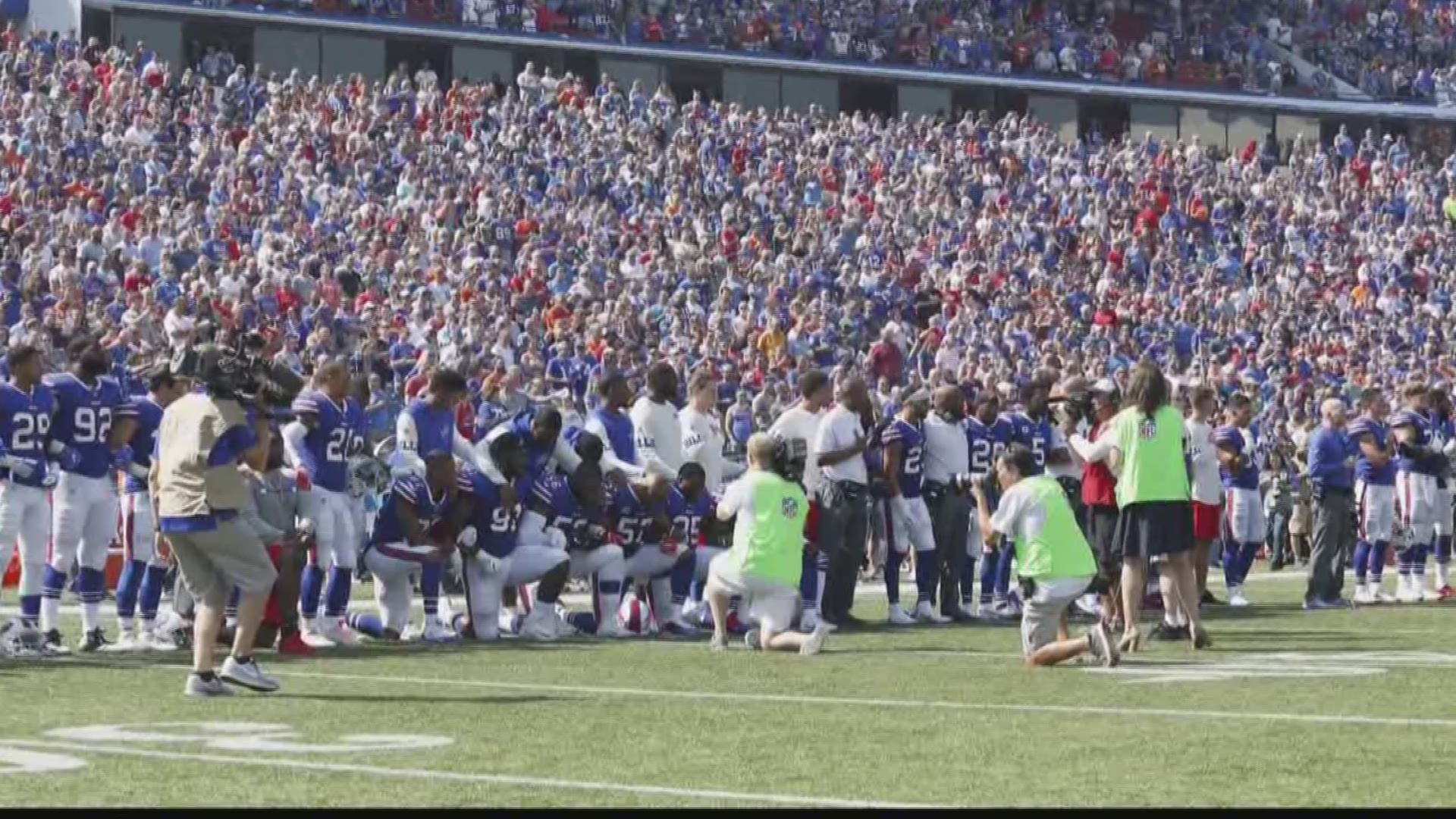 "I can't stand and support something where our leader of this country is just acting like a jerk,” LeSean McCoy said in a post-game press conference.

It was a show of solidarity for members of the NFL who believe President Trump's remarks Friday evening toward players were divisive, but there were plenty of people –fans, players, politicians–arguing both sides.

“I waited until the National Anthem ended, I took off my shirt, threw my Bills hat on the ground, walked out,” Nikischer said in a sit-down interview with Channel 2 at his West Seneca home.

Nikischer says he has no problem with players protesting before the National Anthem. It's when the kneeling continued into the song that strong feelings took over.

“During the National Anthem…the song that is about our country, our veterans that fight and die for us, it's just something I feel you shouldn't disrespect that way,” he said. "I believe people have the right to protest; I just don't believe that's the proper venue for it.”

He's not alone in that latter sentiment. Safety Jordan Poyer's fiancé says that's how the couple feels, and that Saturday night, they decided he wouldn't partake in an on the field protest.

Nikischer said it was a hard decision, and that he will miss those he worked with.

“I will never step foot in the that place again, I will never watch an NFL football game again until this ends,” Nikischer said.