Xander Martin is a lot like any other 10-year-old. The Bowie native likes to read, play with animals, and climb fences. But this pre-teen is also non-binary, meaning Xander doesn't identify as either a boy or a girl. Now Xander wants you to understand what this means. 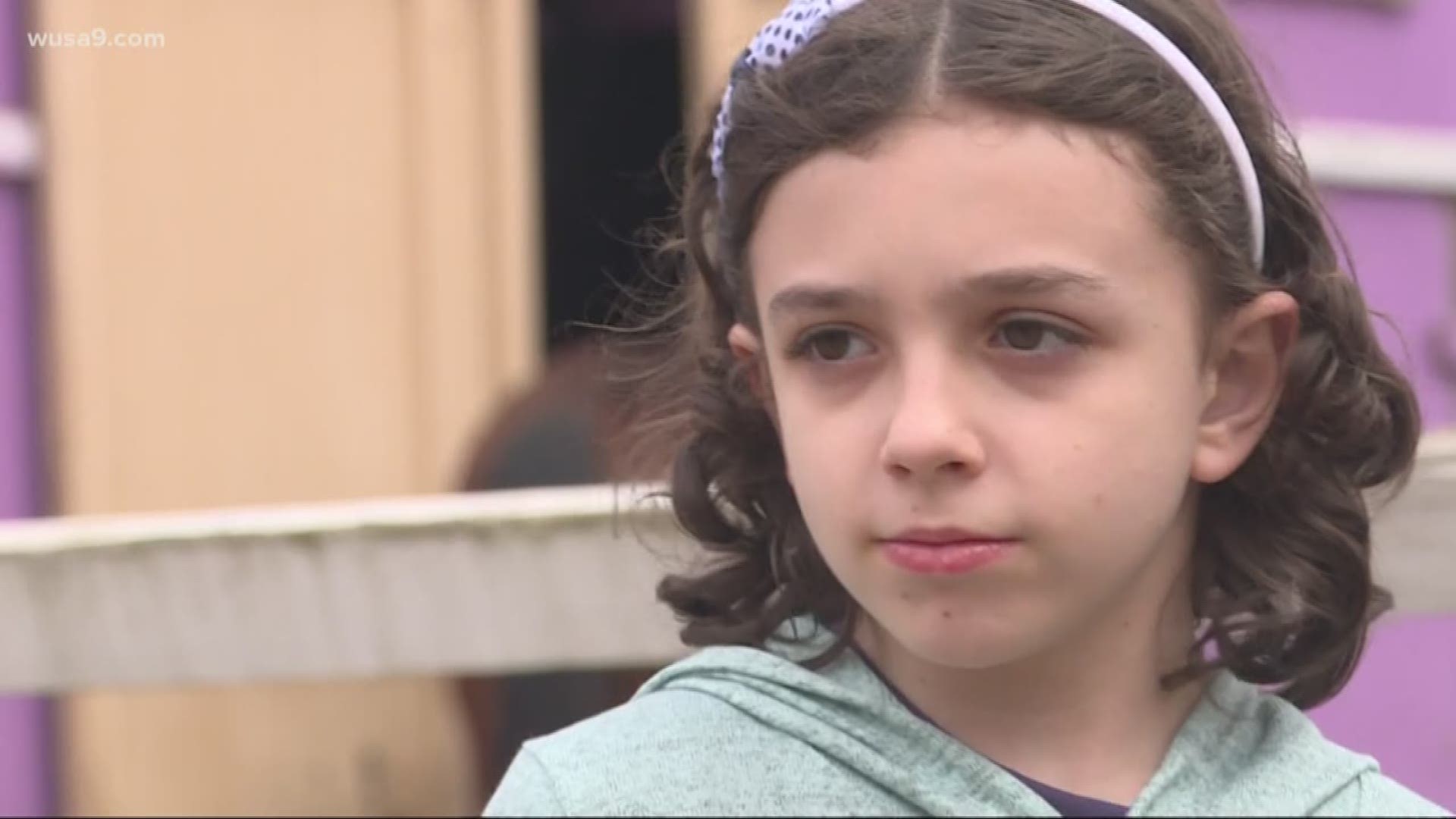 WASHINGTON -- At the Big Purple Barn in Bowie, Xander Martin is like any other kid. The 10-year-old can be seen playing with the animals, climbing fences, and marching through the mud.

"There's no being bullied here," Xander said. "And only a couple true slip ups."

Slip-ups happen a lot. The Bowie native identifies as non-binary, meaning Xander doesn't feel like a boy or a girl. Xander uses the pronouns "they," "them," and "their."

It's a life that many don't understand, and it's lead to a lot of pain for Xander. The pre-teen is no stranger to ridicule and bullying. That's why WUSA9 was invited to shadow Xander for months, through the ups and downs.

"I don't care if I'm being bullied," Xander said. "I will correct them, and move on with my life, and try to correct this problem."

Xander's mom, Rachael, said she started to understand what her child was going through at a very young age.

"They (Xander) started noticing," she said."Or saying that they felt different when they were in kindergarten."

As Xander got older, the feelings grew, and were better expressed to the family.

Five years later, Xander is taking a big step. In the fourth grade, Xander came out to the rest of the class.

Xander through the years; Get to know the 10-year-old

Xander is a student at the Heather Hills Elementary School in Bowie. Xander said coming out was a difficult process.

"It was very hard," Xander said. "I didn't think that they'd want to be my friends anymore. Which was true for a couple people."

Xander told WUSA9 that kids mis-gender on purpose and make jokes. Xander thinks many of them just don't understand.

"Some are like, 'no - you were born this gender,'" Xander said. "So you have to stay this gender your whole life."

The school has made multiple efforts to curb any mistreatment, although Xander's mom believes it hasn't been enough.

The school told WUSA9 that teachers were given training in August on what it means to be non-binary. They've also taught them about Xander's pronouns. The school also identified "safe staff" to help Xander deal with any problems.

But Rachael feels more can be done with the students.

"It's extremely frustrating," she said. "Because I feel the bullying is going to continue because nobody is going to teach the children what they need to learn. Nobody is going to explain to them that Xander is not a totally different kid."

According to the Prince George's County Public School spokesperson, the entire school, took part in "diversity training," which included a total of three hours of lessons, over six weeks. The school system told WUSA9 that this training included lessons on nonbinary and transgender identities.

A school counselor also came and spoke to Xander's class on two occasions, first to announce that Xander was nonbinary, and then later to explain Xander's pronouns.

"Using the most accurate terms," a statement provided by the school read. "And learning how to appropriately address the myriad of issues around gender identity is new for the school community. While staff and students may at times make mistakes with misgendering, they will continue to work towards respect in all interactions."

Throughout it all, Xander has been on the search for a community. But neither Xander, nor Rachael have been able to find one. That's why they took matters into their own hands.

They created the brand new "Bowie Area NonBinary and Transgender Youth Alliance." Once a month, young people who are going through similar situations can meet, to discuss their experiences. It's also a place where they can just be kids.

Credit: Evan Koslof
At the monthly meetings, Xander can meet others in similar situations

At the most recent meeting, Xander was joined by three other kids going through similar situations. One of those children was Claire, a 13-year-old who identifies as gender fluid. That means that on some days, like this one, Claire feels like a girl, and other days, like a boy.

Claire has been a mentor for Xander.

These meetings are special for Xander.

"It feels like I'm surrounded by friends," Xander said. "And there's no criticizing here."

In places like this, we see who Xander really is. Xander is just a kid.

We've had a massive response to Xander's story on social media.

Many of you have questions, so we invited Xander and Xander's mom to our studio Thursday night. They will be answering your questions on Facebook Live during our 5 p.m. show.

You can email your questions to EKoslof@wusa9.com. Together we can all start to understand each other a little more.