Along highway 195 North of Rosalia, the agency is now using milepost marker signs that read “68.9” as opposed to “69.” Like some mile markers, the signs labeled with 69 had been stolen at various times over the years. 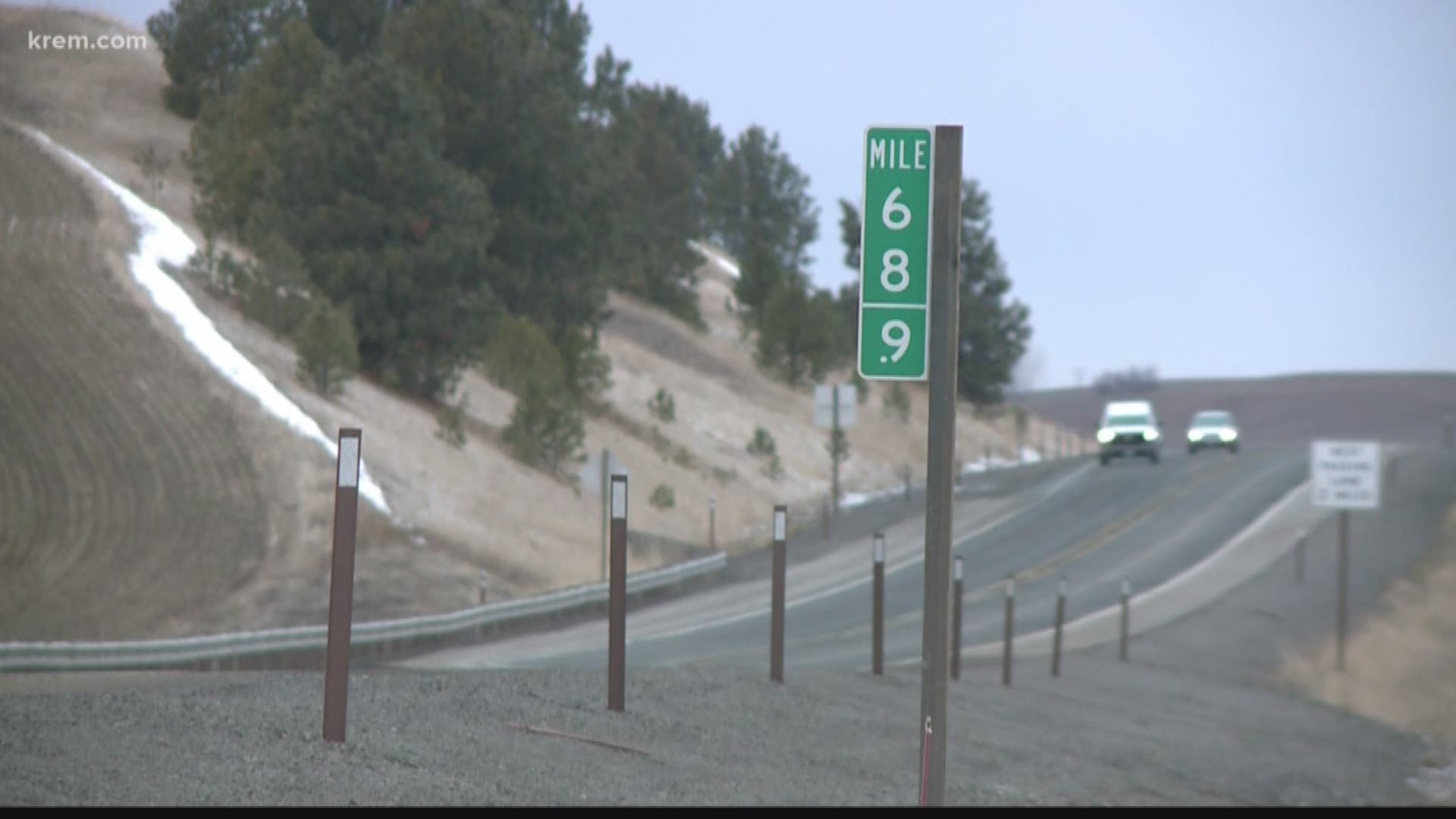 A long-running battle centered around the theft of certain mile marker signs on local highways appears to show no signs of slowing down.

The Washington State Department of Transportation has said that over the years, thieves have periodically stolen mile marker signs based on their numbering. The agency has since been hoping that a simple bit of subtraction may help solve the problem.

Subtraction to the tune of one tenth, to be exact.

Along highway 195 North of Rosalia, the agency is now using milepost marker signs that read “68.9” as opposed to “69.” Like some mile markers, the signs labeled with 69 had been stolen at various times over the years.

“This comes in cycles,” said Beth Bousley, a WSDOT spokeswoman who noted that the phenomena and the agency’s resulting strategy wasn’t anything new. “Sometimes [the theft] is worse than other times.”

WSDOT has previously replaced milepost 420 signs with ones that read “419.9” on some state highways. The mile marker number, often associated with marijuana enthusiasts, has been the target of thieves in other states, too.

Locally, Bousley said that signs with other numbers have been stolen possibly due to their connection to school class years.

“It could be a popular football jersey number,” she added.

WSDOT tracks their signs and makes an effort to replace them, Bousley said. In the Eastern region alone, the agency maintains 28,000 signs.

“Our ultimate goal is to keep everyone safe. To do that, we have to make sure that we have the right fences in place, the right guardrails in place, and the right signage in place.”

Methods to thwart would-be thieves in years past have included installing cement blocks under the signs and using steel pillars.

“The main thing is we’re trying to encourage people to respect government property. The whole goal is to keep people safe,” Bousley said. “They might think it’s a lark, but it really is serious business.” Bousley added that stolen property ultimately amounts to taxpayer money being used to fix the problem.

Stealing a mile marker sign could ultimately result in a misdemeanor theft charge, according to Washington State Patrol. Third degree theft is punishable by up to 90 days in jail or a $1,000 fine.

What appeared to be just another road sign showing the distances to Elma, Montesano, and Aberdeen, was much more to people looking to recreate a photo featuring Kurt Cobain and Nirvana bassist and founding member Krist Novoselic. That sign, however, is no longer there.

The Washington State Department of Transportation replaced the sign – and made a key change to it – during culvert work in the area.

What changed on the sign was the approximate distance from that location to Aberdeen. The original sign in the photo with Cobain – and any replacements thereafter – stated Elma was 6 miles away, Montesano was 16 miles away, and Aberdeen was 26 miles away. Like Cobain did before them, people would block the number 1, next to Montesano, and number 2, next to Aberdeen.

The newest sign, however, says Aberdeen is 27 miles away.