Wait until you hear some of the violations at the places on Bill McGinty’s restaurant report card. 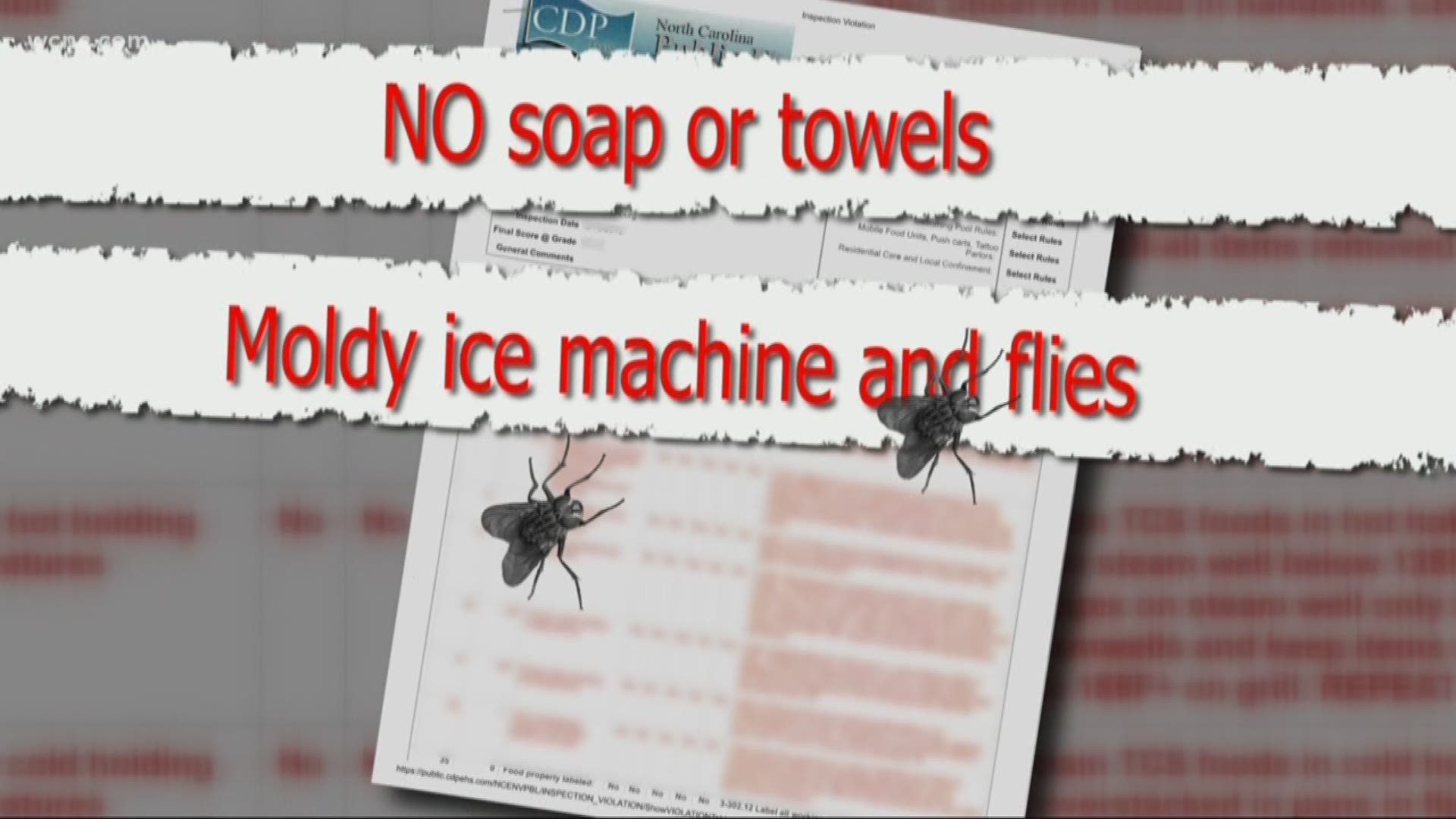 CHARLOTTE, N.C. — Wait until you hear some of the violations at the places on Bill McGinty’s restaurant report card. Pay attention and take note.

There wasn’t any soap at the sink and no paper towels -- makes you wonder how they were washing their hands. They also had a large amount of mold and mildew on the inside top of the ice machine and there was an unusual amount of flies in the back prep area.

As for the food, they had to throw away several pounds of food because their cold hold was not working right and it got too warm.  Their grade here? An 87.5 that is a “B”.

Next up, magnolia’s at 3500 Latrobe. The inspector noted here that their entire kitchen was in dire need of cleaning. I haven’t seen that specific wording before. Maybe it was because of the grill covered with dirty pans and a noticeable hair stuck on it. They also had raw chicken holding at 50 degrees, it’s supposed to be under 41 to be safe.  These violations dropped them a 90 this week, which is still an “A”, all be it a low “A”.

Last up this week, the Mai Japanese restaurant on Ayrsley town Blvd.  They had temperature issues here. Their carrots and broccoli were too warm as they were cooling. Foods have too cool with a certain time frame. They had shrimp sauce that got too warm as well and their rice was past the time limit of 4 hours, so it had to be tossed out.  Their grade here? A 91, a low “A”

Those last 2 have “A” grades, so don’t just look at the grade, read the violations.