Pay gap for black women in US is growing 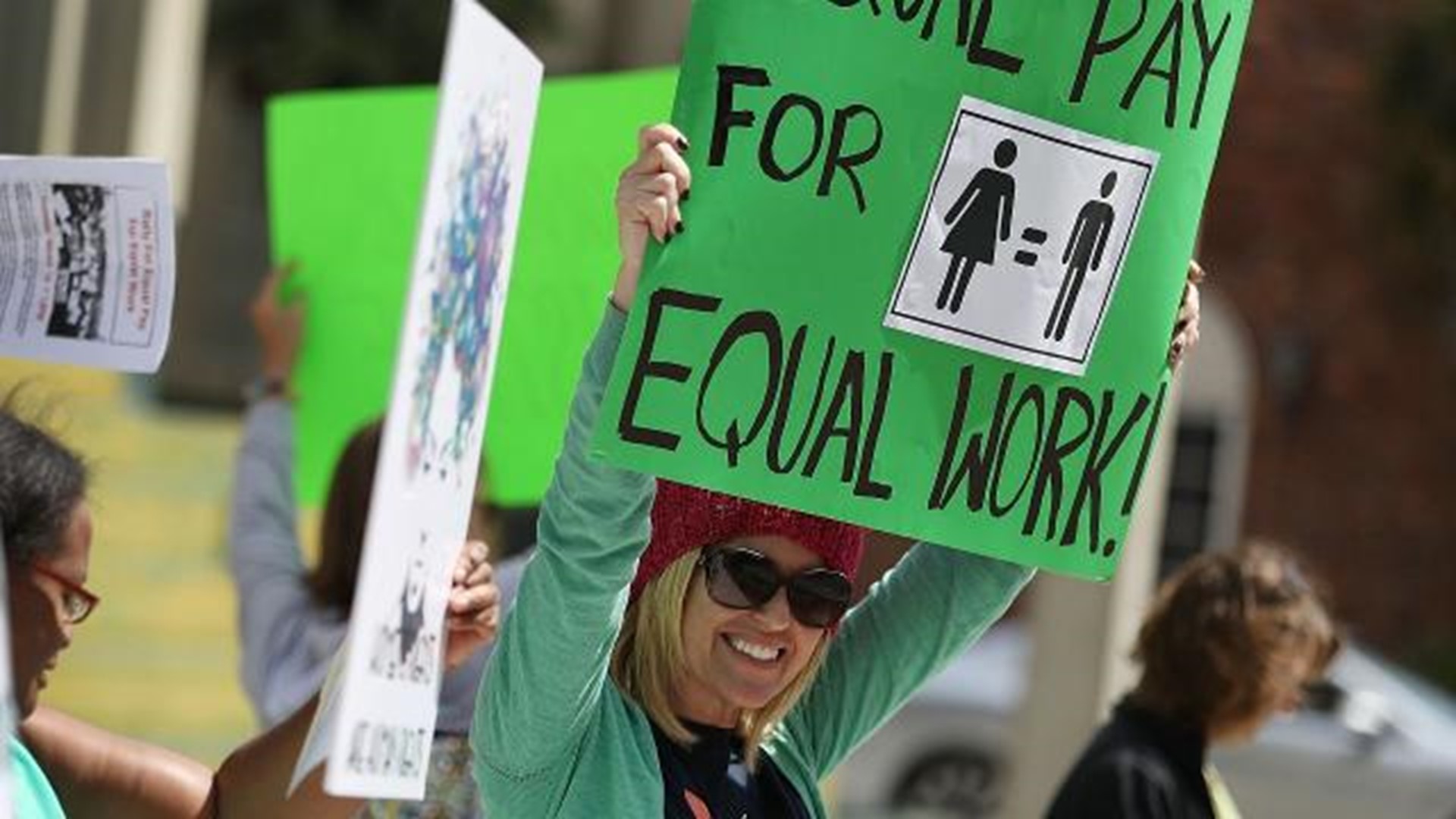 Credit: Joe Raedle, Getty Images
Elana Goodman joins with other protesters calling for women to be paid equally to their male co-workers on March 14, 2017 in Fort Lauderdale, Fla. The protest was held as the legislation in the state of Florida looks at passing the Helen Gordon Davis fair pay protection act that would strengthen state laws in terms of equal pay.

Women are paid 80 cents to every dollar paid to men, according to an April 2018 report from the National Partnership for Women & Families. But if you break this figure out by race, education level and experience, you'll find that the wage gap is not the same for all women.

Black women have to work an extra 8 months to make the same wages as white male counterparts made in 2017, meaning that Aug. 7, was Black Women's Equal Pay Day. Black women made an average of 66 cents on the dollar paid to white men in 2017, regardless of education, experience and location, according to a recent analysis by the Economic Policy Institute.

Slow wage growth, class inequality and gender and race bias all factor in to the wage gap for black women in the U.S.

"We have laws on the books that outlaw discrimination but it still happens," said Valerie Wilson, director of the program on race, ethnicity and the economy at the Economic Policy Institute and co-author of the report. "We want to have greater pay transparency so there is accountability on some of these differences."

More: Employment trends: 20 jobs that have become dominated by women

More: Want to work for Amazon? Now you can do it from home as company seeks 200 virtual workers

Education not to blame

The Economic Policy Institute has also looked at data to debunk common myths about inequality. One is that education would narrow the wage gap for black women. However, black women make less than men at every level of education, even when working the same jobs as men, the analysis found.

Another myth is that women choose lower-paying jobs and careers than men.

There has been only a slight reduction in occupational segregation from 2000 to 2016, meaning that black women are still more likely to be employed in lower- paying jobs than white men, the analysis found.

"Sometimes it is choice, but often not a complete choice," said Wilson. Racial, gender and societal biases can limit opportunities for black women.

Some careers, especially those still dominated by white men, can be difficult to break into, especially as a woman and a person of color. In her practice as a financial advisor, Zaneilia Harris looks to empower all women with a financial plan, and often helps her clients negotiate salaries and think about their career trajectory.

"They may not have access to mentors and sponsors," said Harris, who is a certified financial planner and president of Harris & Harris Wealth Management. "You're trying to figure all of this out on your own."

Harris hopes that the trend of disruption continues and encourages more women and people of color to pursue careers that interest them.

"In an industry dominated by men, being there is a disruption," she said. "I'm going to attract to me the clients who can appreciate what I bring to the table."

The economic cost of inequality

There's an economic cost to inequality, even for those who do not feel discrimination, said Wilson at the Economic Policy Institute.

Economic growth is generated by how much money people have to spend, which is driven by income.

"Half of our population is earning less than they should be," Wilson said. "That has a broader impact on communities, family and the economy."

Continuing economic growth is beneficial to everyone, said Wilson. Even though the economy is currently doing well in many areas, slow wage growth has been a sore point.

"It's one thing to narrow the gap in terms of equalizing men and women's pay, but we should also think about the level where we're equalizing pay," Wilson said. "We want all wages to be going up."

In recent years, the gap has widened instead of narrowing.

The wage gap is still apparent when you control for either gender or race. Black and Latino men make less than their white and Asian counterparts, the same gap as is seen in women's earnings. In addition, women make less than their male counterparts for every demographic, according to data from the Bureau of Labor Statistics. Quarterly data from 2017 to 2018 has shown that while earnings have gone up slightly for all, the gaps in wages have remained and in some cases have gotten worse.

What could close the wage gap

There are several things than can be done to help all women, said Joi Chaney, campaign manager for Equal Pay Today, a campaign launched by the Tides Center, a philanthropic partner and nonprofit accelerator that focuses on social justice. 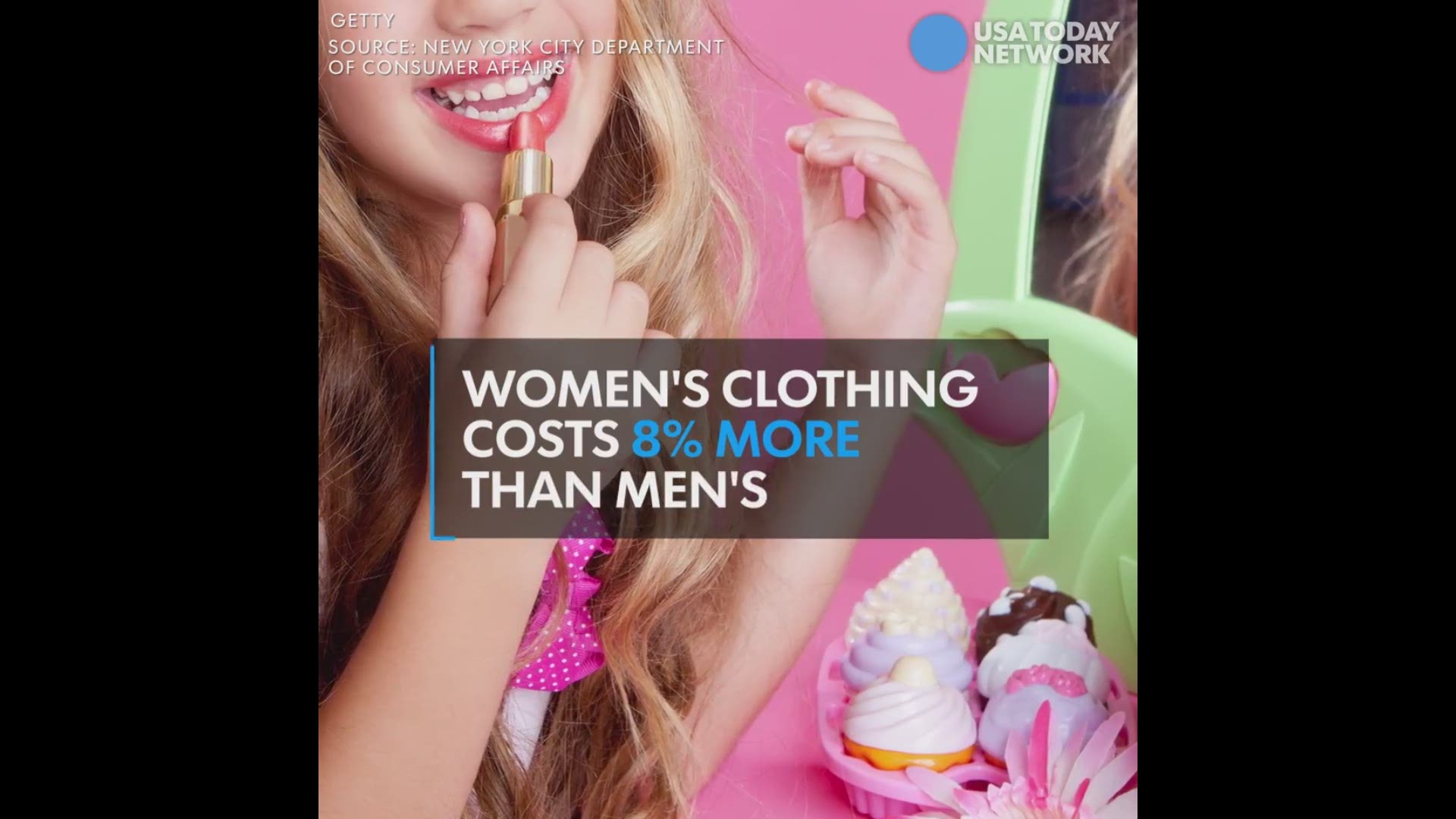 Equal Pay Day is beneficial because it brings awareness to the issue, said Wilson from the Economic Policy Institute.

"This is not acceptable; I think we have lived with inequality for so long that it starts to become the norm, we just accept as that's the way it is," said Wilson. "But it's important for us as a nation and for our overall economy to make sure that everyone is fairly compensated for what they contribute."

© CNBC is a USA TODAY content partner offering financial news and commentary. Its content is produced independently of USA TODAY.

More from CNBC:
Student loan forgiveness less likely under new Trump proposal
Here's how much students are saving to pay their own tuition bills
At this college, every student gets a full-tuition scholarship and a job