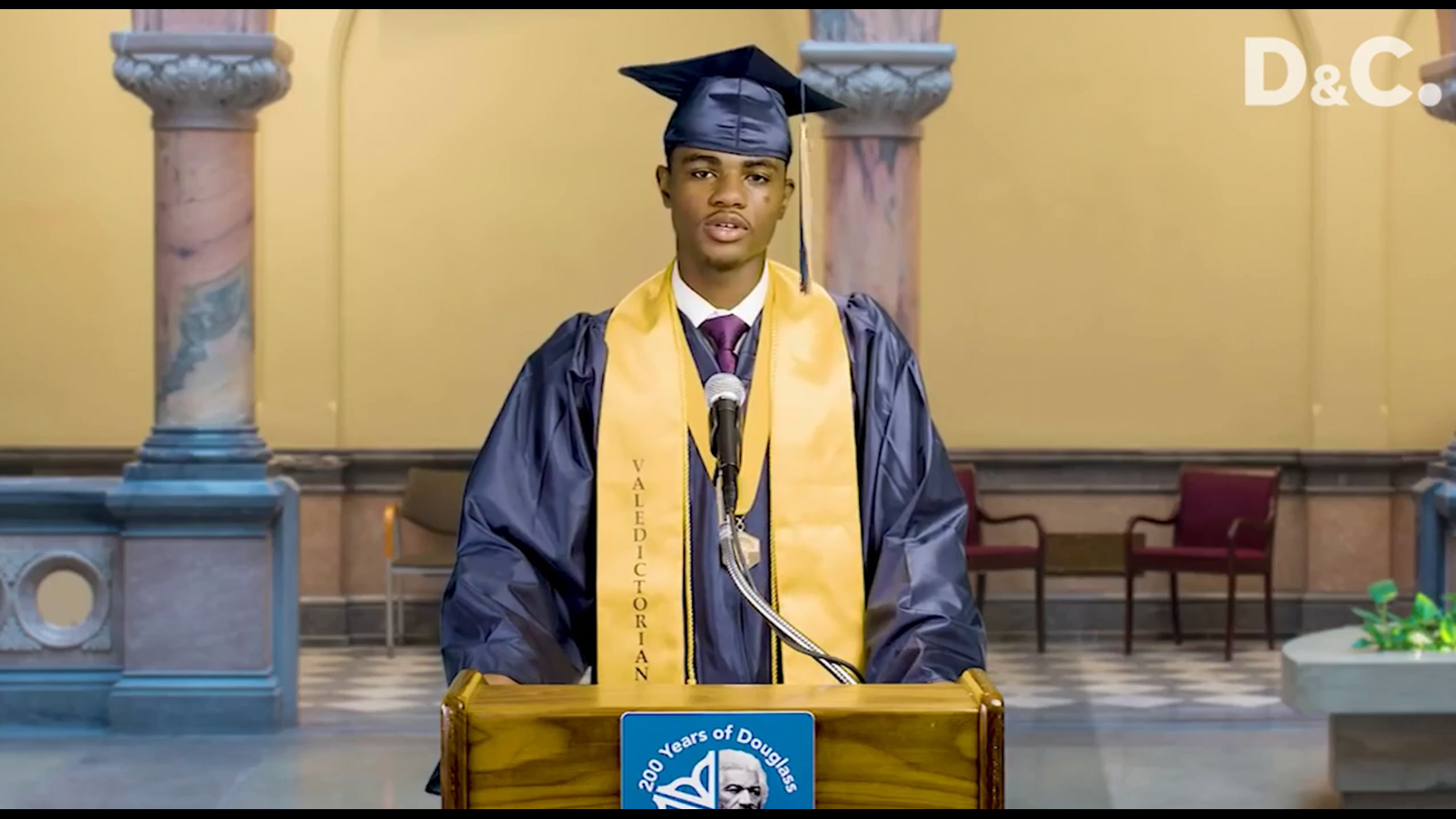 Jaisaan Lovett graduated from University Preparatory Charter School for Young Men as the valedictorian last month, with a full scholarship to Clark Atlanta University. He is the school's first black valedictorian and, as such, had some things to say in his speech.

There was thanks for his parents, siblings and teachers and encouragement for his classmates. For school leader Joseph Munno, though, Lovett had a different message:

"To Mr. Munno, my principal, there's a whole lot of things I've wanted to say to you for a long time. ... I'm here as the UPrep 2018 valedictorian to tell you that you couldn't break me. I'm still here, and I'm still here strong.

"And after all these years, all this anger I've had toward you and UPrep as a whole, I realized I had to let that go in order to better myself. And I forgive you for everything I held against you."

More: A valedictorian went off-script to talk about sexual assault. Then her school cut her mic.

Lovett's comments about Munno would likely have gone unnoticed if he'd delivered it as planned at the small graduation ceremony.

Instead, the school refused to let him speak, the result of what Lovett believes is personal animosity on Munno's part. As it happens, though, he has a powerful friend: Mayor Lovely Warren, in whose office he works as an intern.

Warren invited him to City Hall to deliver the speech and posted it on the city's official YouTube channel.

"Unfortunately, Jaisaan's school did not allow him to give his valedictorian speech," Warren said in the video. "For some reason, his school — in a country where freedom of speech is a constitution right, and the city of Frederick Douglass — turned his moment of triumph into a time of sorrow and pain.

"Jaisaan will never graduate from high school again. He will never get that moment back. This is not the time to punish a child because you may not like what he has to say."

Munno and the school did not respond to a request for comment. UPrep, an all-male school serving grades 7-12, is one of Rochester's best regarded charter schools, with annual graduation rates well above 90 percent.

Lovett said he'd had numerous run-ins with Munno over his six years at UPrep. In one instance last year, he led a five-day student strike when he said the school wouldn't order needed safety equipment for a lab.

More: Crowd cheers when valedictorian quotes Trump. Then reveals it was Obama

"There’s a lot of wrong things that go on at that school, and when I notice it I speak out against it," he said. "(Munno) is a guy that doesn’t like to be told 'no.'"

Lovett said he was never asked to deliver a valedictorian speech even though past students had done so. When he requested permission to speak anyway, he said Munno denied him.

"He didn’t want to see the speech or what it said, nothing," Lovett said. "He just said no."

Warren also posted the YouTube video on her official mayoral Facebook page, crediting Lovett for "speaking truth to power" and saying he had been "silenced" by the school.

In a follow-up Facebook comment, she said: "He nor his parents were ever given a reason (why he wasn't allowed to give the speech). I called the principal but to my knowledge he never called me back. He and Jaisaan didn’t have a great relationship and it was his last chance to show him who was boss. He worked hard for this opportunity and his mom and dad were in tears that there was nothing that they could do from the audience. They weren’t going to ruin it for everyone else."

A spokesman for Warren said he did not know whether Warren was aware of the specifics of Lovett's complaints against Munno.

Lovett's brother, LaJason Lovett, was salutatorian at UPrep last year and received a full ride to Morehouse College. Jaisaan is using his own scholarship to study video game design.