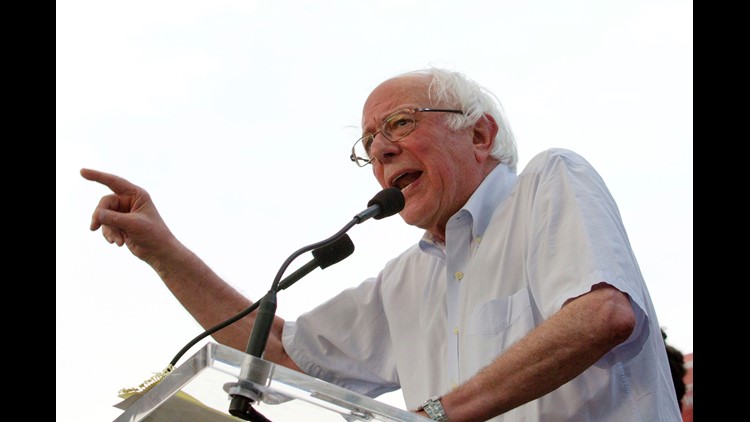 WASHINGTON – Sen. Bernie Sanders announced Thursday that he will campaign in nine battleground states this month to try to elect Democrats in congressional, gubernatorial and state legislature races from California to South Carolina.

Sanders, the 77-year-old Vermont independent who ran for president as a Democrat in 2016, said he will support "progressive" candidates during his nine-day tour across the country. However, not all the Democrats that Sanders is helping are liberal enough to be considered progressive.

Some of them, like Rep. Jacky Rosen, who is challenging Republican Sen. Dean Heller in Nevada, are viewed as traditional, mainstream Democrats. Former Senate Majority Leader Harry Reid, D-Nev., who is not a left-wing darling, helped convince Rosen to run.

Sanders, in an email to supporters Thursday, said the Nov. 6 election is "a pivotal moment in American history."

"Do we continue with a one-party, right-wing government in Washington led by a pathological liar with strong authoritarian tendencies?" Sanders wrote, referring to President Donald Trump. "Or, do we stand up to Trump and fight for an agenda that represents all Americans, and not just the 1%?"

Sanders, who describes himself as a democratic socialist, will campaign while the Senate is in recess. He will stump for candidates in Arizona, California, Colorado, Indiana, Iowa, Michigan, Nevada, South Carolina and Wisconsin.

It is Sanders' longest campaign stretch since he ran for president two years ago. He has not decided whether to make another bid for the White House in 2020.

Here's the breakdown of where he's going:

Sanders said his goal is to work with the candidates to "do everything I can to get working people and young people involved in the political process and to the polls."

More: Bernie Sanders: Donald Trump and GOP want to cut Social Security. We should expand it instead.