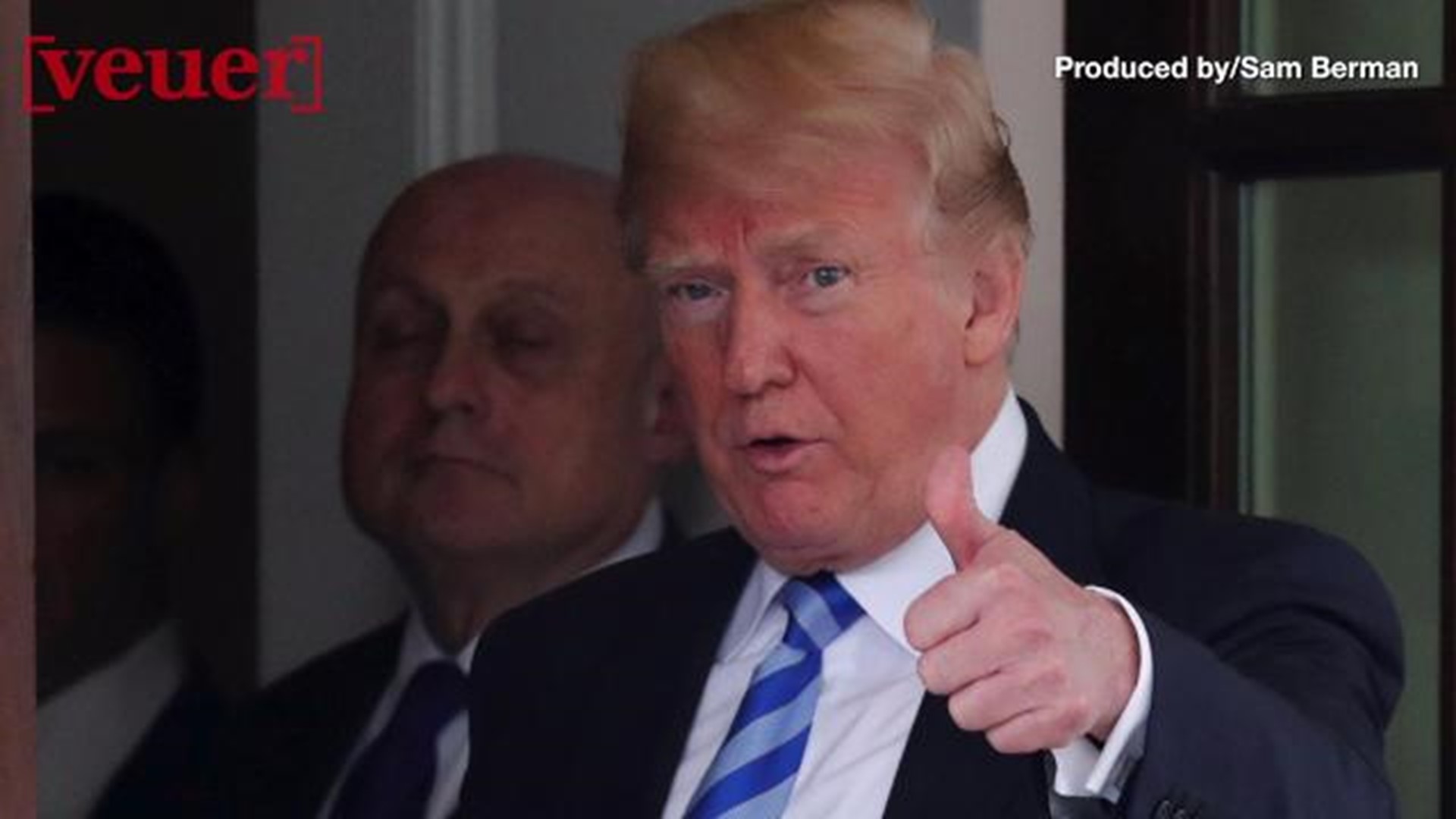 WASHINGTON – President Trump formally disclosed Wednesday that he paid his attorney as much as $250,000 as reimbursements for expenses — which included a $130,000 payoff to adult film star Stormy Daniels, who says she had a sexual encounter with him.

The disclosure came in his annual financial disclosure report to the Office of Government Ethics. Consistent with similar disclosures, Trump reported that the payments were in a broad range of $100,000 to $250,000.

Trump said he was listing the reimbursements to Michael Cohen — first made public by lawyer Rudy Giuliani two weeks ago — "in the interest of transparency," even though he said he was not required to disclose them.

But ethics officials said in a note on his form that they have concluded otherwise. "The information related to the payment made by Mr. Cohen is required to be reported," the officials said.

Interactive: A visual timeline of the Stormy Daniels accusation

Analysis: How the growing Trump scandal could affect his presidency

And David Apol, director of the Office of Government Ethics, referred the matter to the Justice Department. In a letter to Deputy Attorney General Rod Rosenstein, Apol said the disclosure may be relevant to an investigation into the financial disclosure report Trump filed last year, which did not disclose the no-interest loan.

A liberal-leaning watchdog group, Citizens for Responsibility and Ethics in Washington, filed a complaint in March requesting an investigation into the payment and whether Trump broke the law by failing to disclose it last year.

"It is good that in the face of overwhelming evidence and public pressure, the president came clean about this liability on this year’s form," said CREW's Noah Bookbinder. "But we now have to wonder how many other liabilities for similar payments he has that he still has not disclosed because he has not been publicly called out on them."

The payments have raised a number questions of ethics and campaign finance law: whether Cohen improperly combined his personal money with those of a client and whether the payment constituted a loan or contribution to Trump's campaign.

Trump's 2018 report — filed Tuesday and made public Wednesday — also provides insight into the president’s still-vast real estate empire, which Trump continues to own while the day-to-day management is handled by his family.

The report also disclosed the income Trump collected from several of his marquee properties, including what he has described as the “Winter White House” in Palm Beach, Fla.

Trump’s income from the Trump International Hotel in Washington, which has come under scrutiny for being a top choice for foreign dignitaries, nearly doubled, from about $20 million in the 2016 report to just over $40 million last year.

That increase is in part probably because  the hotel did not open until the fall of 2016.

Personal gifts disclosed by Trump include golf-related items from two professional golfers: a golf bag and clubs worth $1,150 from Kevin Streelman and $750 clubs from Bryson Dechambeau.