It could mean fewer deaths on the operating table and on the battlefield. 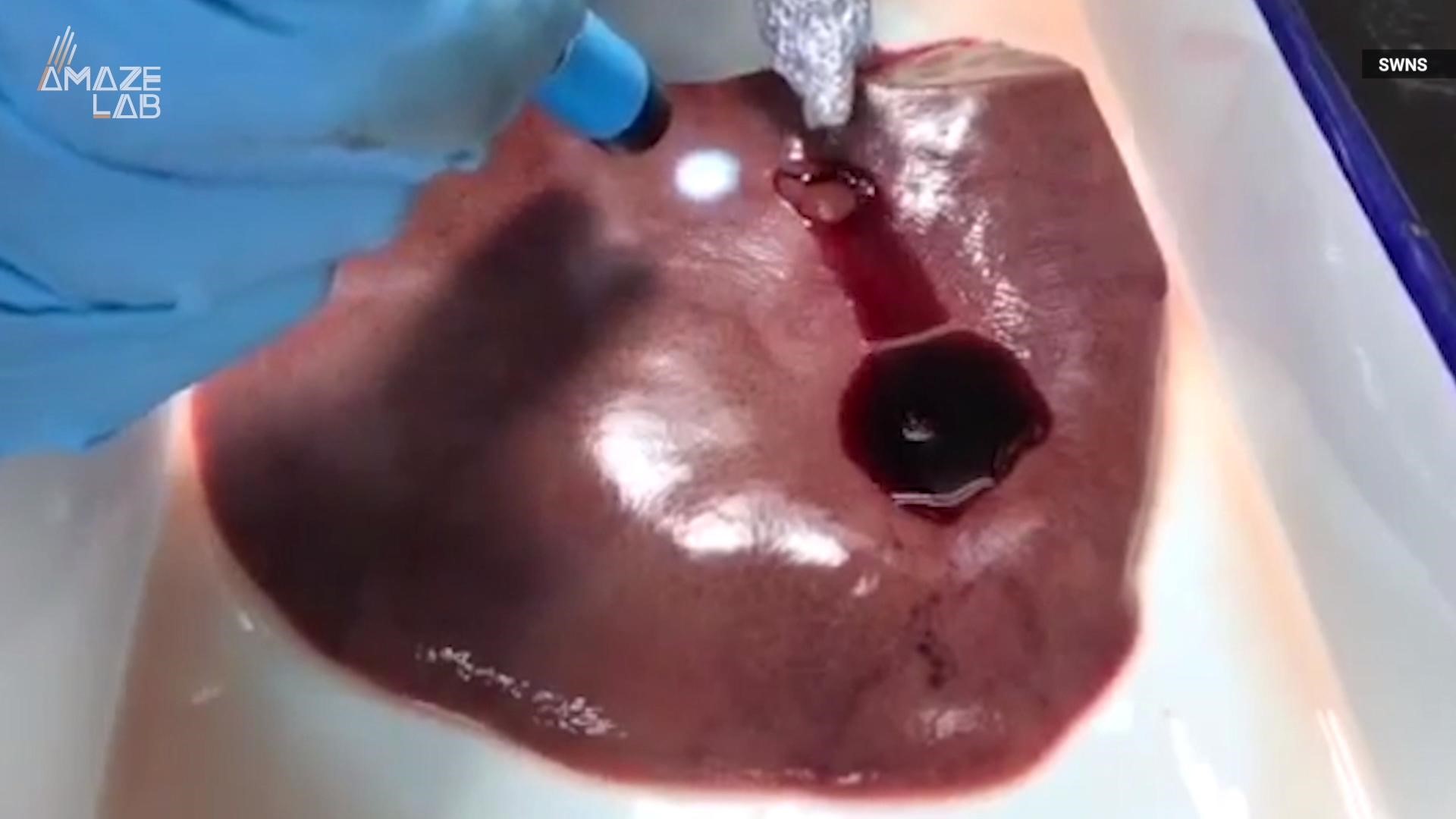 Scientists in China say they have developed a bio-glue which could, one day, allow some normally fatal wounds to be closed within seconds. It could be a breakthrough for doctors performing heart surgery and for soldiers wounded on the battlefield.

According to a report published in the journal Nature, the "biomacromolecule-based matrix hydrogel" can react to ultraviolet light to create a waterproof seal -- even on wet tissue.

A demonstration video shows the device being used on a pig liver. Blood is seen coming out of a small incision. A couple of drops of glue are applied, then the spot is hit with a UV light. Within seconds, the hole is closed and the bleeding stops.

Researchers did experiments on live pigs. In some cases, they cut a 4 to 5-millimeter incision into the pigs' carotid arteries. In others, a 6-millimeter hole was punctured into the pig's beating heart, sending blood gushing out. In both scenarios, the glue was applied and the bleeding stopped within 20 seconds.

The pigs survived the procedures and were reared for another two weeks, according to the study.

The study says the repairs can withstand significantly higher blood pressure than in most clinical settings.

The bio-glue is made of gelatin, water and a mixture of other chemicals.

More experimentation is needed to determine the safety of this on humans. One of the researchers involved told the Daily Mail he hopes this procedure will be available for people in the next three years.

You can read the full study and download the videos of the experiments at the journal Nature. (Warning: those who are squeamish at the sight of gushing blood may want to skip the videos.)