The Minnesota Senator along with the former South Bend, Indiana mayor came out Monday night to stand behind the former vice president. 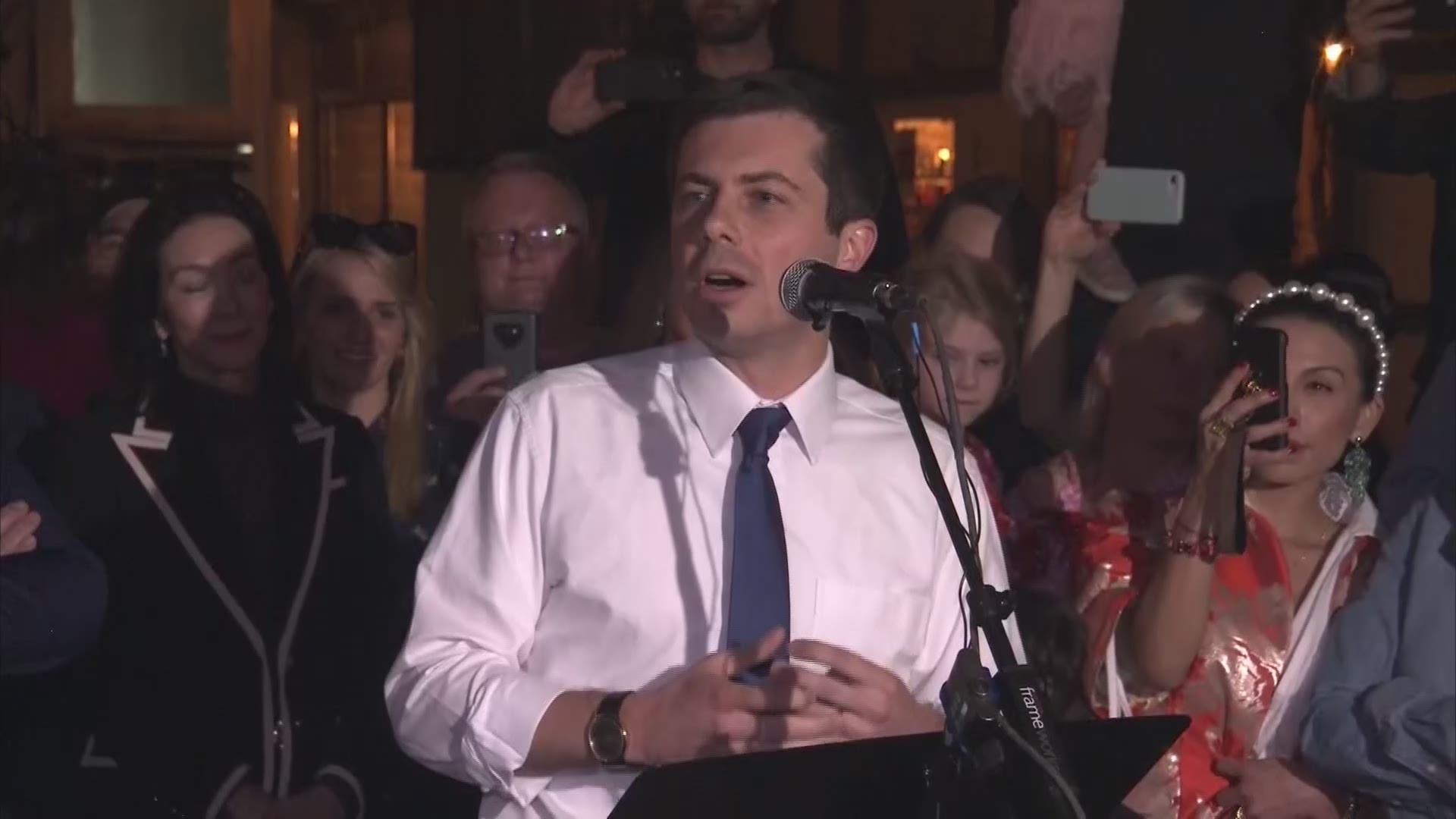 Sen. Amy Klobuchar has ended her presidential bid after Pete Buttigieg announced earlier he would do the same.

Klobuchar's campaign confirmed to CNN that she planed to endorse former Vice President Joe Biden at his Dallas rally Monday night in Texas. Klobuchar formally announced the suspension of her campaign on the eve of Super Tuesday.

Pete Buttigieg endorsed his former Democratic rival Joe Biden for president Monday night. Two people familiar with Buttigieg's decision said the former South Bend, Indiana mayor would appear with Biden at a rally in Dallas Monday night, a day after he dropped his own White House bid. They were not authorized to speak publicly and spoke to the Associated Press on condition of anonymity.

Buttigieg is the second 2020 candidate to exit the race and put his backing behind Biden.

Klobuchar announced her presidential campaign in the middle of a Minnesota snowstorm in February of 2019. The three-term senator generated support from many Democrats as well as a joint endorsement with Sen. Elizabeth Warren from the New York Times.

Klobuchar ran on a more moderate platform that many of her democratic rivals and touted her "grit" and Midwestern sensibilities. She finished fifth place in the Iowa caucus and third in New Hampshire, after a strong debate performance. However, the senator struggled in Nevada and South Carolina, finishing sixth in both states.

Former Texas Rep. Beto O'Rourke made a surprise appearance in Dallas Monday night and spoke after Klobuchar and Biden. O'Rourke told the crowd he would be voting for Biden on Super Tuesday, WFAA reported.

"Democracy is under attack here and abroad. We need Joe Biden," O'Rourke said.