A Georgia mother said she was told by a Chick-fil-A manager to cover-up while breastfeeding. 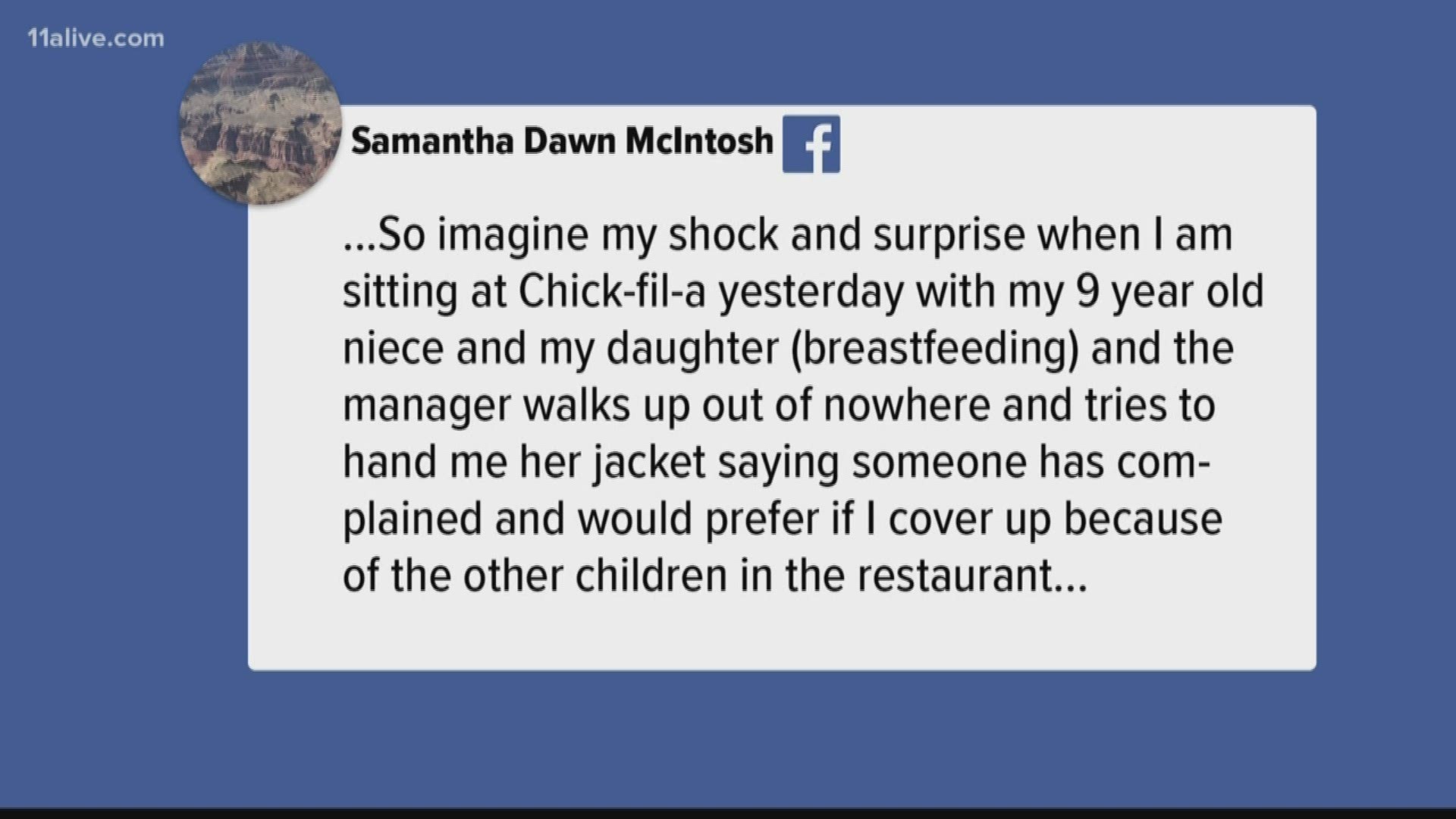 AUGUSTA, Ga. — Mothers have come to the defense of a woman who says she was asked to cover up while breastfeeding inside a Chick-fil-A in Georgia.

The Augusta Chronicle reports that mothers held a “nurse-in” this week at the restaurant near Augusta.

Samantha McIntosh says she was breastfeeding her daughter in a booth at the restaurant Monday when a manager approached. McIntosh says the manager told her they'd had a complaint and asked her to cover herself. McIntosh shared her experience on Facebook in a post that attracted scores of comments.

RELATED: Breastfeed 'wherever and whenever': Target store sign has moms rejoicing

Chick-fil-A says the store owner has apologized to McIntosh.

McIntosh said she has never been "super confident" breast feeding and that she is a "pretty modest person."

She went on to say that "absolutely no skin was showing and we sat in a booth in the back of the restaurant."