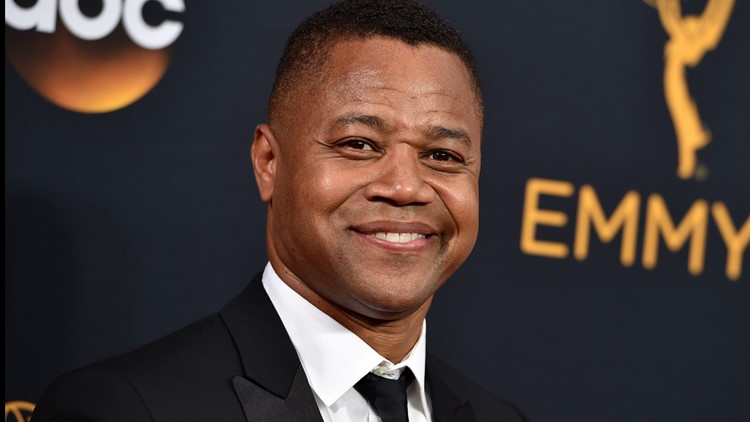 Photo by: Jordan Strauss/Invision/AP
FILE- In this Sept. 18, 2016 file photo, Cuba Gooding Jr. arrives at the 68th Primetime Emmy Awards in Los Angeles. Gooding is expected to turn himself in to the New York Police Department on Thursday, June 13, 2019, after being accused of groping a woman at a midtown Manhattan nightclub Sunday, June 9. (Photo by Jordan Strauss/Invision/AP, File)

She said she wouldn't rule until at least mid-August, dashing the actor's hopes of a swift dismissal of charges that he grabbed a woman's breast at a bar.

Gooding nodded when he was asked outside court if he thinks his case will eventually be dismissed.

As he waited for his ride, a passerby yelled: "Show us the money, Cuba!" — referring to a line from Gooding's Oscar-winning role in "Jerry Maguire."

Gooding was arrested June 13. He has pleaded not guilty to forcible touching and sexual abuse charges.