Dominion's lawsuit accuses Mike Lindell of repeatedly telling what the lawsuit calls the “Big Lie” that the company stole the election. 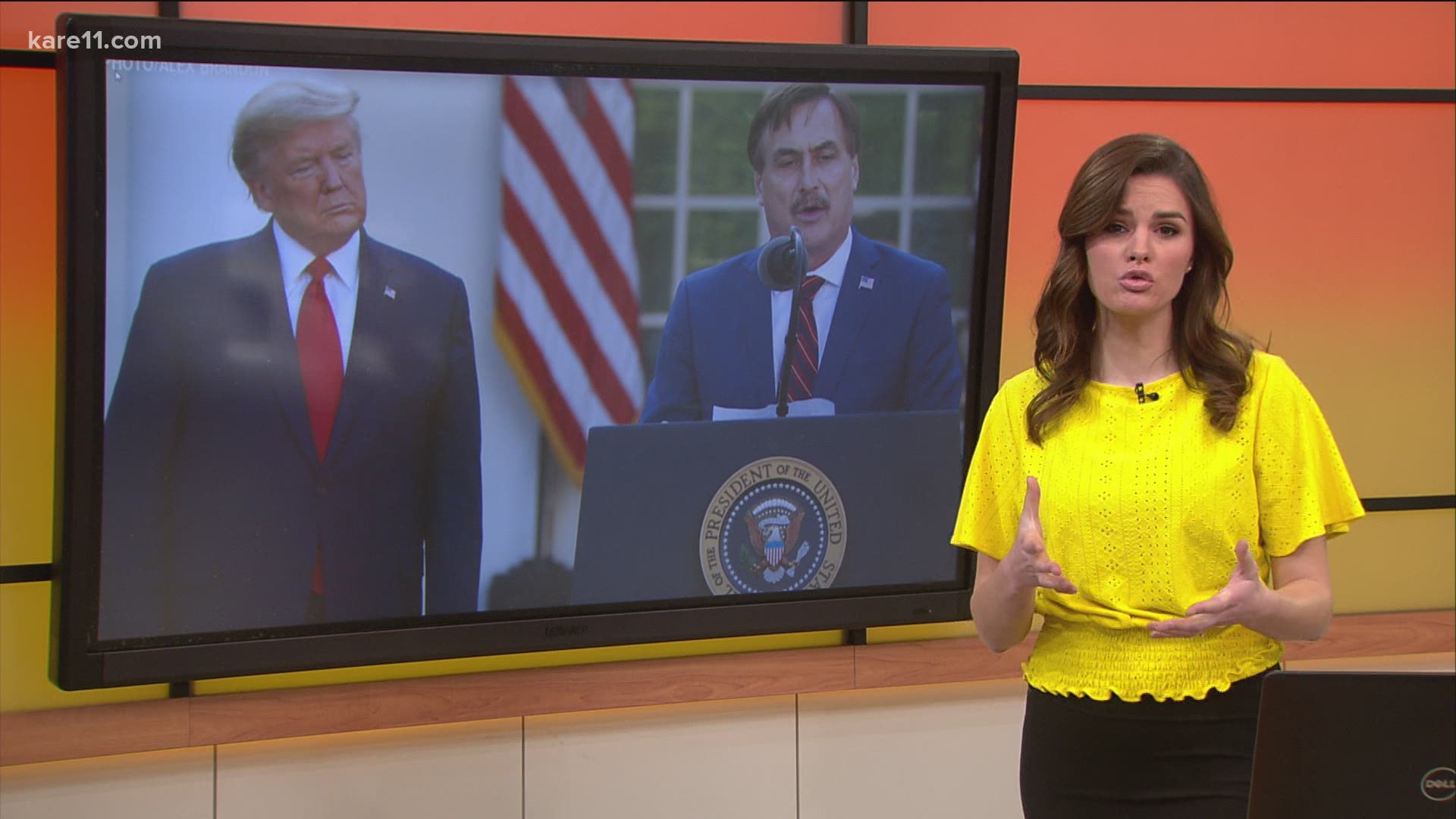 WASHINGTON — Editor's note: The attached video is from Jan. 2021, when MyPillow confirmed retailers were pulling its products over baseless claims made by its CEO.

Dominion Voting Systems filed a $1.3 billion defamation lawsuit Monday against the founder and CEO of Minnesota-based MyPillow, saying that Mike Lindell falsely accused the company of rigging the 2020 presidential election.

The lawsuit filed in federal court in the District of Columbia alleges that Lindell ignored repeated warnings from Dominion, a voting technology company that has filed similar lawsuits against Donald Trump lawyers Rudolph Giuliani and Sidney Powell.

Dominion's lawsuit accuses Lindell of repeatedly telling what the lawsuit calls the “Big Lie” that the company stole the election.

"No amount of money can repair the damage that’s been done by these lies, which are easily disproved. Hundreds of documented audits and recounts have proven that Dominion machines accurately counted votes. We look forward to proving these facts in a court of law,” the lawsuit says.

Lindell, known as the “MyPillow Guy” from his TV commercials, said in an interview with The Associated Press last month that he would not let up on his claims against Dominion. That was before he released a documentary-style video, which Dominion calls “cartoonish,” that repeated and elaborated on his unproven claims.

Lindell told the AP: “You bring it on, Dominion, because I want everybody to see.”

According to the lawsuit, as "when MyPillow previously faced legal action for deceptive marketing campaigns, Lindell knew there was no real 'evidence' supporting his claims."

"In addition to boosting pillow and book sales, Lindell’s lies about Dominion have also likely yielded another benefit of extraordinary value: Trump’s expected endorsement of Lindell’s potential bid to be the governor of Minnesota, which Lindell is “99% sure” he will run for," the Dominion lawsuit said.

Lindell had also urged Trump to declare martial law in Minnesota to obtain its ballots and overturn the election.

Credit: AP
My Pillow CEO Mike Lindell speaks about the coronavirus in the Rose Garden of the White House, Monday, March 30, 2020, in Washington. (AP Photo/Alex Brandon)