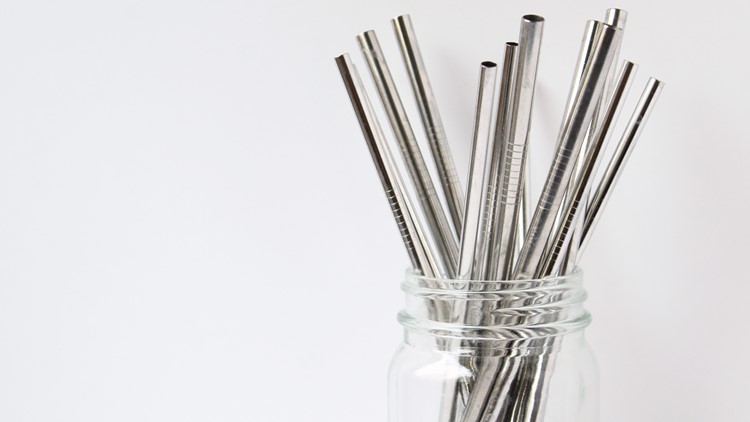 English woman died after being impaled by metal straw

A retired jockey died in a freak accident after she fell onto a metal drinking straw that impaled her eye and caused brain damage, an inquest in England heard this week.

According to The Telegraph, Elena Struthers-Gardner, 60, was carrying a mason jar-type glass with a screw-top lid when she collapsed at her home in Dorset, England, in November 2018. A 10-inch stainless steel straw impaled the woman through her left eye socket, stabbing her brain, Metro reported.

During an inquest about the woman's death on Monday, a coroner warned that metal drinking straws should never be used with a lid that fixes them in place, according to The Daily Echo.

The popularity of metal straws has grown in recent years as cities, states and companies have banned plastic straws and single-use plastic products.

Struthers-Gardner's wife had said in a statement to the inquest that due to severe pain from a riding accident, she had been prone to falling over and collapsing, Metro reported. She added that when she found her wife lying on the floor she was "making unusual gurgling sounds" and her glass cup was still intact with the straw inside.

"I noticed the straw was sticking into her head," she said in a statement, according to The Sun. Her family made the decision to end life support after doctors at the hospital said she likely wouldn't survive.

According to the Telegraph, coroner Brendan Allen noted during the inquest that "great care should be taken when using these metal straws."

"There is no give in them at all. If someone does fall on one and it's pointed in the wrong direction, serious injury can occur," he added.