Articles of impeachment could be approved by Friday and lead to a full house vote before Christmas. 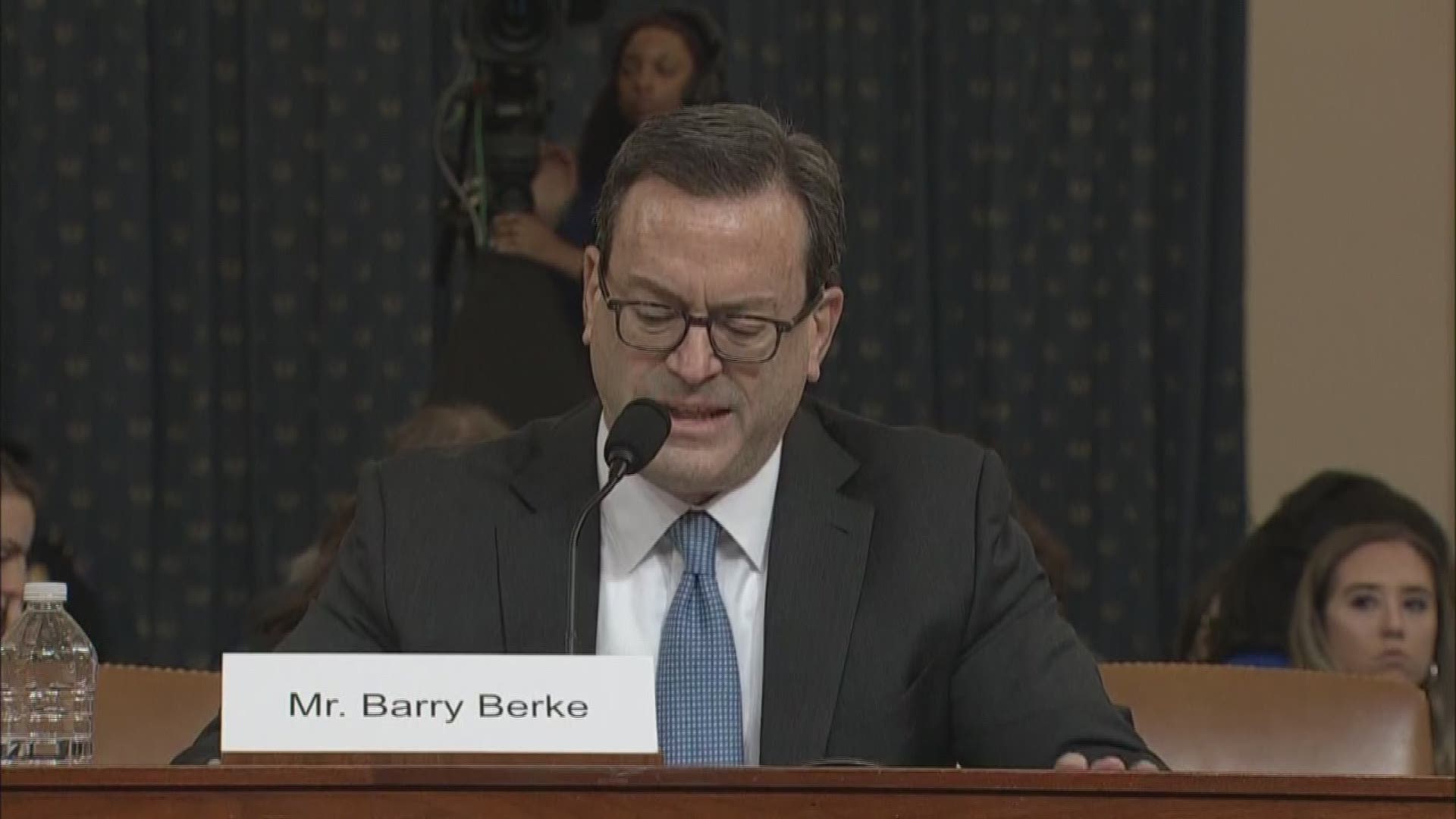 Top House lawyers argued with lawmakers and between each other over the impeachment case against President Donald Trump in a bitter hearing Monday on Capitol Hill, as Democrats prepare formal charges.

In one heated exchange Monday, Republican attorney Stephen Castor dismissed the transcript of Trump's critical call with Ukraine as “eight ambiguous lines" that did not amount to the president seeking a personal political favor.

Pushing ahead with articles of impeachment, the House Judiciary Committee is hold a hearing Monday to formally receive the investigative findings against President Donald Trump as the White House mounts an aggressive attack on the proceedings despite not being in attendance for them.

The hearing was immediately heated from the start. Judiciary Committee Republicans repeatedly demanded a point of order to halt the hearing until Democrats agreed to give them their own hearing.

Nadler would not recognize attempts to throw the hearing off track.

House Judiciary Committee Chairman Jerrold Nadler says he expects the committee to vote soon on charges against Trump that will likely focus on abuse of power on Ukraine and obstruction in the congressional inquiry.

Trump says the hearing is a hoax. The White House indicated on Friday it would not participate despite being formally invited to do so by Nadler.

If the Judiciary Committee approves articles by Friday, that would set up a final impeachment vote in the days before Christmas.

Monday's hearing will be to hear evidence collected by the House Intelligence Committee which led the investigation, according to the Associated Press.

The other lawyer will be Steve Castor, the Republican counsel who shared question time with ranking member Devin Nunes, R-Calif. He will represent for the Republicans on both the Intelligence and Judiciary committees.

Two to four articles of impeachment are reportedly expected. with a focus on abuse of office and obstruction. That second item could be obstruction of Congress, obstruction of justice, or both.

Some lawmakers have reportedly suggested that a bribery charge could be involved, focusing on Trump's effort to withhold aid from Ukraine and a White House meeting with President Volodymyr Zelenskiy in exchange for a public announcement about political investigations.

There has also been speculation that the articles could include matters related to attempted obstruction of justice found in former Special Counsel Robert Mueller's report on Russian interference in the 2016 election. This could be added as an example of an alleged pattern of obstruction.

Once articles are presented, the House will hold a debate and may vote before Christmas. If any of the articles are passed, Trump would be officially become the third U.S. president to be impeached.

The process would then move to the Senate in January. It would be presided over by Supreme Court Chief Justice John Roberts. House members would act as prosecutors. The White House would, presumably, provide a defense -- although it has thus far declined invitations to appear at House proceedings.

The senators would be the jury. If two-thirds of the senators vote to convict, then Trump could be removed from office. That would require 20 Republicans to vote in favor of conviction, assuming every Democrat and independent also do so -- a result that appears unlikely.

It was 21 years ago this month that the House impeached President Bill Clinton. Articles of impeachment were presented on December 11 and 12, 1998. Two of the four articles were passed on December 19.