Donate your old mascara wands and help save the lives of injured and orphaned wild animals twice a year, in October and February. 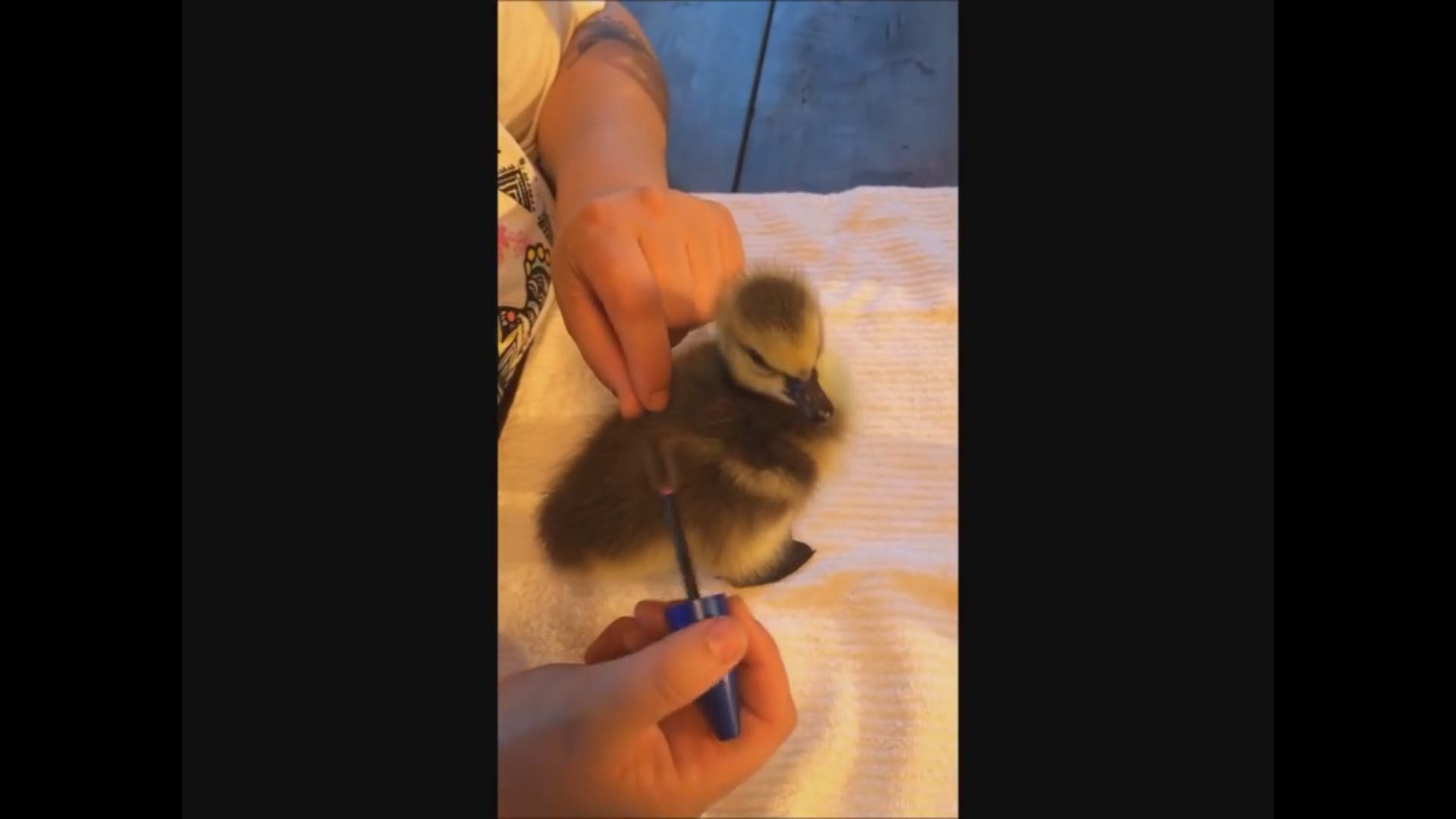 The Appalachian Wildlife Refuge, a North Carolina based non-profit organization, is asking folks to donate their mascara wands rather than throw them away. They use the wands to help orphaned and injured wild animals.

In particular, the mascara wands help animal rehabilitation experts gently remove dirt, grind, ticks and fly larva from all types of wild animals. If the fly larva gets into open wounds, it is often fatal to the animal. The close bristles helps gently remove these from the animal whereas tweezers could hurt the animal.

"These mascara wands are literally saving lives and doing it while not injuring the animal," said Appalachian Wildlife Refuge co-founder Kimberly Brewster.

The Appalachian Wildlife Refuge has been collecting donated mascara wands since co-founder Savannah Trantham took to her Facebook page asking friends for wands to help clean wild animals. The response to her post was shocking.

"All of the sudden we had 3,000 people sharing this one post and asking me about how to donate," Brewster recalled. "I literally came up with the name, 'Wands for Wildlife,' and put it up on our website and Facebook page and did a little photo shoot with my cat and dog with my mascara wands."

Brewster said a follower created a video with the pictures she posted. The video was viewed by millions.

"Our P.O. box went around the world and we have been getting packages ever since," said Brewster.

"It's beautiful. There's obviously a need," Brewster said. "One person even sent a single mascara wand all the way from Hong Kong."

Wand donations have been sent from individuals, sororities, businesses, church groups, youth groups, and more. One batch of donations was from the NBC show the Blacklist after the show's makeup department caught wind of the organization.

The incredible amount of donations caused the organization to double in size, from 30 volunteers to 60, as well as get closer to their overall goal of creating a wildlife urgent care facility.

"It would be basically like an emergency room, you can call our own 911-like number when you see an animal in need," Brewster said. "Everybody I talk to tells me a story about some interaction with a wild animal. They all struggle with who to call and what to do."

A wildlife urgent care facility has been the goal for the non-profit since it's founding in October 2014.

The goal holds a special place in Brewster's heart. The North Carolina native decided to make a life change following the September 11 terror attacks in 2001. She made a massive career change, from working in insurance to working at the Carolina Raptor Center.

"I was actually on a plane to Texas (during 9/11) and long story short on my 19 hour drive home I realized when I was 80 years old I didn't want to look back at the insurance I sold, I wanted to make an impact," Brewster said. "Since I was a little girl, I loved animals. So, I made my mission in life to alleviate the pain of animals."

Following her new path, Brewster moved to Skyland, North Carolina with her husband where she met Trantham. Together, the two began The Appalachian Wildlife Refuge.

The organization has received such a large response that they now say they are "transitioning to only accept wands twice a year in October and February". They ask that they be cleaned with soapy water before donation. If you do not have any used mascara wands but wish to help, the refuge asks that you do not buy new wands but instead buy food or supplies from their wish list, or make a monetary donation.