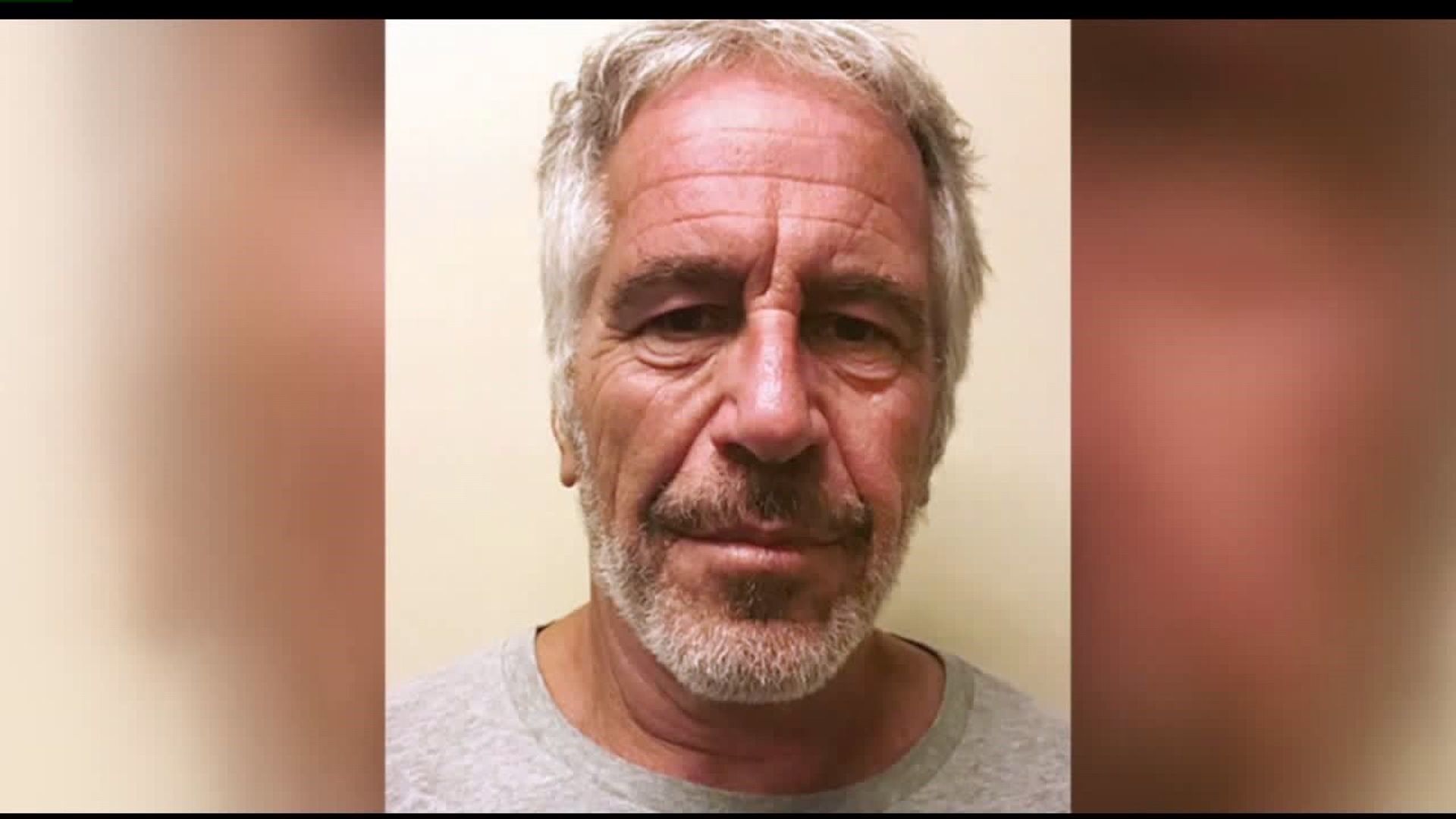 Editor's Note: The video above is from August 2019.

British socialite Ghislaine Maxwell was arrested Thursday on charges she helped recruit three girls — one as young as 14 — to have sex with financier Jeffrey Epstein, who was accused of sexually assaulting dozens of girls and women over many years.

According to the indictment, Maxwell, who lived for years with Epstein and was his frequent companion on trips around the world, facilitated his crimes by "helping Epstein to recruit, groom, and ultimately abuse" girls.

Epstein, 66, killed himself in a federal detention center in New York last summer while awaiting trial on sex trafficking charges.

Maxwell has, for years, been accused by many women of recruiting them to give Epstein massages, during which they were pressured into sex. Those accusations, until now, never resulted in criminal charges. The 58-year-old was arrested in Bradford, New Hampshire, where the FBI said it had been keeping tabs on her.

“More recently we learned she had slithered away to a gorgeous property in New Hampshire, continuing to live a life of privilege while her victims live with the trauma inflicted upon them years ago,” William Sweeney, head of the FBI’s New York office, told a news conference Thursday.

“Maxwell lied because the truth, as alleged, was almost unspeakable,” Audrey Strauss, the acting U.S. attorney in Manhattan, said.

She called the charges against Maxwell a “prequel” to charges prosecutors brought against Epstein a year ago.

Messages were sent Thursday to several of Maxwell’s attorneys seeking comment. She has previously repeatedly denied wrongdoing and called some claims against her “absolute rubbish."

Among the most sensational accusations was a claim by Virginia Roberts Giuffre that Maxwell arranged for her to have sex with Britain's Prince Andrew at her London townhouse. Giuffre bolstered her allegations with a picture of her, Andrew and Maxwell that she said was taken at the time.

Andrew denied her story and Maxwell said in a deposition that Giuffre was “totally lying."

He was not mentioned by name in the indictment, and the charges covered Maxwell's dealings with Epstein only from 1994 through 1997, a period well before his alleged encounters with Giuffre in 2001.

Strauss said she would “welcome Prince Andrew coming in to talk with us,” but did not answer further questions pertaining to these charges and Andrew.

Credit: AP
FILE - In this Nov. 7, 1991, file photo Ghislaine Maxwell, daughter of late British publisher Robert Maxwell, reads a statement in Spanish in which she expressed her family's gratitude to the Spanish authorities, aboard the "Lady Ghislaine" in Santa Cruz de Tenerife. Ghislaine is one of the most prominent figures left from the orbit of Jeffrey Epstein after his suicide in jail while awaiting trial on sex trafficking charges. (AP Photo/Dominique Mollard, File)

Brad Edwards, an attorney representing Giuffre and several other Epstein victims said his clients were relieved by the charges. “Today is a very good day," he said.

The indictment focused on Epstein's alleged abuse of three specific girls at his Manhattan mansion and other residences in Palm Beach, Florida; Santa Fe, New Mexico, and London. Their names were not revealed in court filings.

The allegations in the indictment mirrored many claims from civil lawsuits against Maxwell, saying she would “entice and groom” minor girls by asking them about their lives, their schools and their families.

“Through this process, Maxwell and Epstein enticed victims to engage in sexual activity with Epstein. In some instances, Maxwell was present for and participated in the sexual abuse of minor victims,” according to the indictment.

Maxwell repeatedly lied when questioned about her conduct, it went on. She was accused of committing perjury in 2016 in a deposition in a civil lawsuit, in part by denying knowledge of Epstein's scheme to recruit underage girls.

At the time the alleged crimes, Maxwell was in an intimate relationship with Epstein and also was paid by him to manage his various properties, according to the indictment, which included a photograph of Epstein with his arm around Maxwell and his head nuzzling hers. Strauss, at the news conference, stood silent, pointing at the picture as film crews and photographers captured the moment.

Strauss promised the investigation was continuing and urged other victims to come forward. She said prosecutors would seek the detention of Maxwell.

Epstein was initially investigated in Florida and pleaded guilty to state charges in 2008 that allowed him to avoid a lengthy prison sentence. He was free a little after a year in prison.

At the time, a federal prosecutor in Florida signed off on an agreement, initially filed in secret, that barred the federal government from charging “any potential co-conspirators of Epstein.” Alexander Acosta, President Donald Trump's former labor secretary, resigned last year after coming under fire for overseeing that deal when he was U.S. attorney in Miami.

Geoffrey Berman, the U.S. attorney in Manhattan until he was fired last month, argued that federal prosecutors in New York were not bound by that agreement and brought a sweeping indictment against Epstein. Berman vowed to continue seeking justice for Epstein's victims even after the financier's death.

Maxwell's indictment was celebrated by lawyers for some Epstein accusers.

Jennifer Araoz, a woman who says Epstein raped her in his New York mansion in 2002 when she was 15, said she feared the financier’s ring of conspirators for years.

“Now that the ring has been taken down, I know that I can’t be hurt anymore,” Araoz, now 33, said in a statement. “Day after day, I have waited for the news that Maxwell would be arrested and held accountable for her actions. Her arrest is a step in that direction, and it truly means that the justice system didn’t forget about us.”

Spencer T. Kuvin, who represents some of the women, said Maxwell was “hopefully ... the first of many co-conspirators to face the consequences of this horrific crimes.”

Maxwell was described in a lawsuit by another Epstein victim, Sarah Ransome, as the “highest-ranking employee” of Epstein’s alleged sex trafficking enterprise. She oversaw and trained recruiters, developed recruiting plans and helped conceal the activity from law enforcement, the lawsuit alleged.

RELATED: Fund of up to $630 million for Jeffrey Epstein victims opens

RELATED: Prince Andrew, US prosecutors blame each other over Jeffrey Epstein probe