The First Lady said in remarks at a virtual awards ceremony that the honorees made extraordinary choices in the course of ordinary lives. 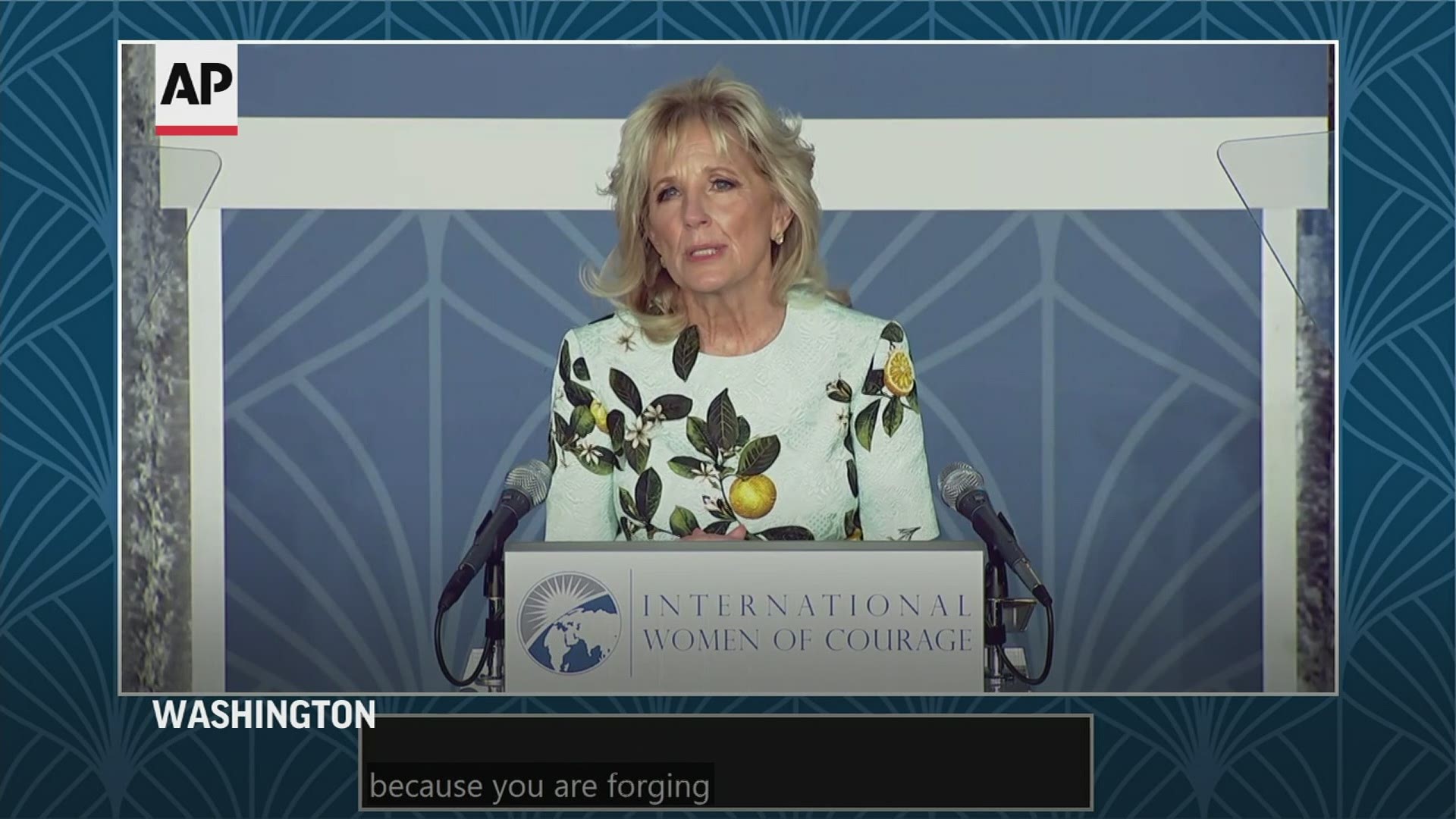 WASHINGTON — First lady Jill Biden says nearly two dozen women the State Department honored for their courage made an “intentional decision” to persist and demand justice despite their fear.

The 21 women recognized Monday with the department's International Women of Courage Award included seven from Afghanistan who are receiving posthumous honors.

The first lady said that the women's stories make it easy to think of them as “mythical heroes or angels among us” but that they're also humans who want to enjoy life's simple pleasures.

“Some of these women have spent their lives fighting for their cause. Others are just starting out on a journey they didn’t ask for,” Biden said.

“Some were called to service, and some couldn’t escape it,” she said. “They are fighting for their own lives and for their children. They want to right the wrongs of our past, to build a brighter future for everyone. They aren’t immune to fear. No one is.”

Biden said that in the course of ordinary lives, each of the women made “an extraordinary choice.”

“You see, courage isn’t really found,” she said. "It doesn’t conjure away our doubts. It’s an intentional decision made.”

The ceremony was held virtually and not at the State Department because of the coronavirus pandemic.

“These women made an extraordinary choice, to persist, to demand justice, to believe that, despite the obstacles and fear they faced, there is a future worth fighting for," Biden said.

Touching on the past year, the first lady said the pandemic shows “how the things that connect us — our love for family and friends, our hope that we will be together soon — transcend language and distance.” She said that diplomacy, “at its best, is a recognition of this connection” and that the United States, under President Joe Biden's leadership, will support women around the world.

“We will make the choice to lead, to be bold and to lift up the women and girls everywhere who light our way,” Biden said. "For 15 years, we have honored women around the world who have made the extraordinary choice to fight for something bigger than themselves.”

“Today, we recommit to being worthy of that courage, to understanding that our lives are tied together in immeasurable and powerful ways and to choosing, every day, to honor that connection,” she said. “We will stand with you as we build a brighter future for us all.”