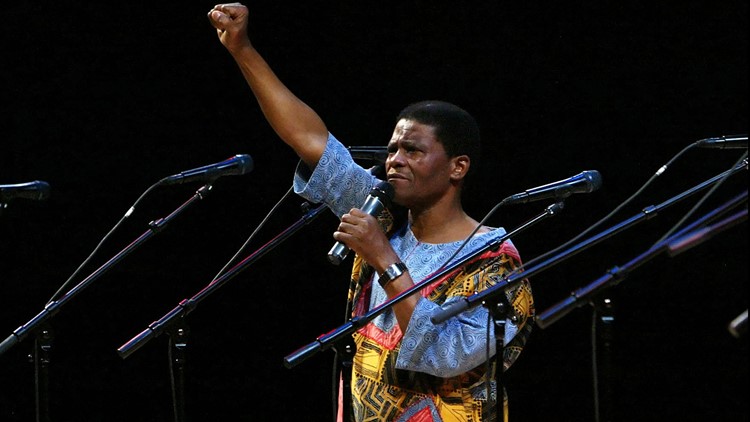 Photo by: AP
FILE - In this Sunday Jan. 20, 2008 file photo, Ladysmith Black Mambazo founding member Joseph Shabalala gestures to the audience during the group's performance at the Kimmel Center in Philadelphia.

He is world-known for his leadership of the choral group founded in 1964 that shot to world acclaim.

It collaborated with Paul Simon on the “Graceland” album and others.

The haunting, often a cappella singing style known as isicathamiya helped to make the group one of South Africa's most recognized performers on the world stage.

The group tweeted that "Our Founder, our Teacher and most importantly, our Father left us today for eternal peace. We celebrate and honor your kind heart and your extraordinary life. Through your music and the millions who you came in contact with, you shall live forever."

The South African government in a tweet has extended its condolences.