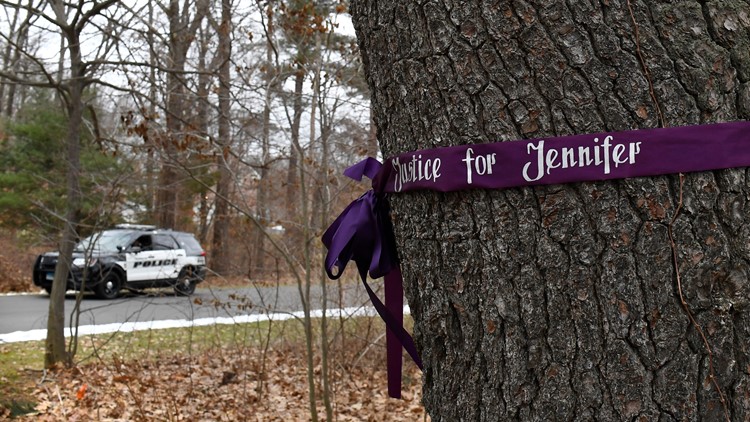 Photo by: AP
A memorial for Jennifer Dulos is seen Tuesday, Jan. 28, 2020, in Farmington, Conn. A dispatcher from the Farmington police said officers had responded to the home of Fotis Dulos, charged with murdering his estranged and missing wife, and he was later transported to the hospital (AP Photo/Jessica Hill)

A Connecticut man charged with multiple murder counts and kidnapping after the disappearance of his wife on May 24 was found unresponsive in his home Tuesday.

Police are investigating after a well being check was called in for Fotis Dulos after he failed to appear in court in Samford. Dulos was found sitting in a vehicle in distress.

As the Associated Press reports, there was initially confusion as officers arrived to the Farmington home because Dulos' attorney Norm Pattis along with others previously stated that Dulos was dead.

Farmington police Lt. Tim McKenzie told reporters, “When officers responded, they could see that Mr. Dulos was sitting in his vehicle and he had obvious signs of medical distress. Officers forced entry and immediately began to perform life-saving measures.”

As of Tuesday afternoon, police said Dulos was in critical condition in the hospital. He was set to be flown to another hospital to be treated in a hyperbaric chamber, Dulos' attorney told TEGNA station WTIC.

Attorney Pattis wrote in a statement to WTIC, “I am told Mr. Dulos is en route to the hospital with a pulse. Our thoughts and prayers are with him.”

As WTIC reports, an ambulance left the home at about 12:45 p.m local time and arrived at the University of Connecticut Health Center a shortly after.

Court officials said Dulos was scheduled to appear in Stamford court regarding issues with his $6 million bond. WTIC reported that the bondholder is being questioned about whether the real estate assets that Dulos put up to secure his bond and release have enough equity, due to liens and mortgages.

Dulos was charged with felony murder, murder and kidnapping.

Jennifer Dulos, of New Canaan, disappeared May 24 amid contentious child custody proceedings with Fotis Dulos. She hasn't been seen since she dropped her five children off at their New Canaan school in May. Fotis Dulos has denied any involvement.

The five children, who ranged in age from 8 to 13 when their mother vanished, have been staying with their maternal grandmother in New York City, the Associated Press reports.

This combination of booking photos released Tuesday, Jan. 7, 2020, by the Connecticut State Police shows Fotis Dulos, left, and his girlfriend Michelle Troconis. Dulos was arrested Tuesday and charged with murder of his estranged wife Jennifer Dulos, who went missing in May 2019. Troconis, also arrested Tuesday, was charged with conspiracy to commit murder. (Connecticut State Police via AP)
AP

RELATED: Estranged husband of Connecticut mom missing since May charged with her murder

Fotis Dulos and his girlfriend, Michelle Troconis, were previously charged with evidence tampering and hindering prosecution in connection with Jennifer Dulos' disappearance. They pleaded not guilty and posted $500,000 bail.

Michelle Troconis, was charged with conspiracy to commit murder, with a court setting bond at $2 million.

Kent Mawhinney has been charged with conspiracy to commit murder with a court set bond of $2 million.

Police allege Fotis Dulos and Troconis went to Hartford to dispose of garbage bags containing items with Jennifer Dulos' blood on them.

Fotis Dulos was arrested on another tampering charged and released on another $500,000 bail. on Sept. 4. He appeared in court on Sept. 12.