With the advent of digital wallets and boarding passes, people are relying more on their phones to prove their identity. 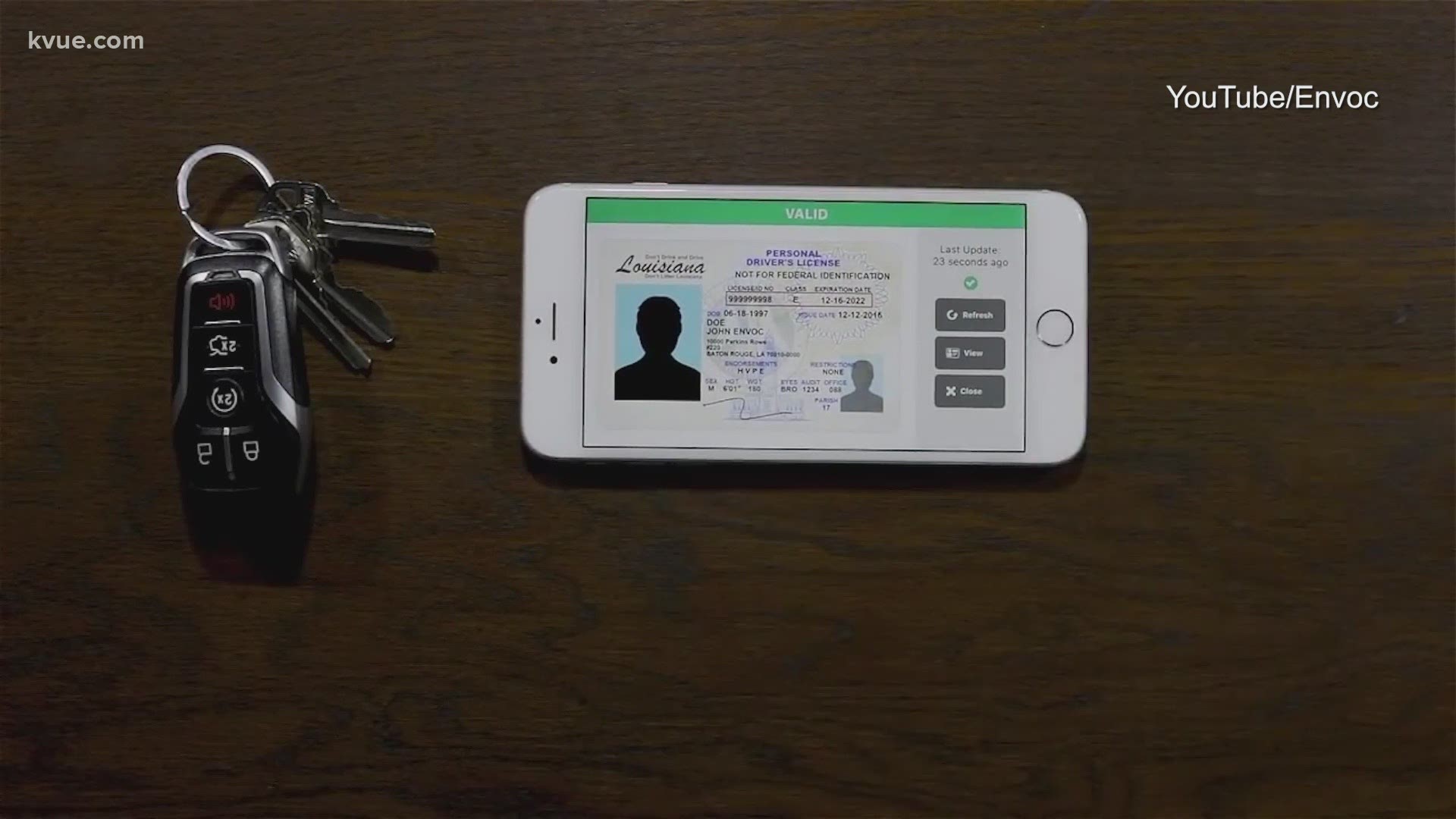 SALT LAKE CITY — The card that millions of people use to prove their identity to everyone from police officers to liquor store owners may soon be a thing of the past as a growing number of states develop digital driver’s licenses.

With the advent of digital wallets and boarding passes, people are relying more on their phones to prove their identity. At least five states have implemented a mobile driver’s license program. Three others — Utah, Iowa and Florida — intend to launch programs by next year, with more expected to follow suit.

Mobile licenses will give people more privacy by allowing them to decide what personal information they share, state officials say. The licenses offer privacy control options that allow people to verify their age when purchasing alcohol or renting a car, while hiding other personal information like their address.

Having a mobile driver’s license will allow people to update their license information remotely without having to go to a state's Department of Motor Vehicles or waiting for a new card in the mail, said Lee Howell, state relations manager at the American Automobile Association.

While most states with these programs recommend that users still carry their physical driver’s license as a backup, some industry experts estimate that the coronavirus pandemic has sped up the widespread adoption of contactless identification methods by at least a decade.

RELATED: Real ID deadline for air travel pushed back again due to pandemic

“Most people want some kind of a hard token for their identity, but I don’t know how long that will last,” said Pam Dixon, executive director of the World Privacy Forum. “I would imagine that at some point, maybe in a generation, maybe less, that people will accept a fully digital system.”

In most states, people's data will be stored on their phone and with the DMV. People will only be able to access a mobile ID app with a passcode or using a smartphone’s fingerprint or facial recognition scan.

Industry leaders say safeguards will prevent anyone’s information from being stolen, but some critics argue that having so much personal data on a phone is too risky.

“When you have a physical thing in your hand, no one can hack that unless you lose it,” said Shelia Dunn Joneleit, a spokesperson for the National Motorists Association.

Joneleit noted that the new systems aren’t accessible to all Americans because not everyone can afford a smartphone. She said that could eventually produce equity issues because some states require residents to show their driver’s license to vote.

She also said she doesn’t believe drivers should be handing their phones over to police, potentially violating people’s Fourth Amendment rights against unreasonable searches and seizures.

State officials and industry leaders say that moving away from physical IDs that could potentially be fraudulent to cryptographic verification will make it easier to confirm someone’s identity.

“The majority of the way that people verify your identity in person today is by visual inspection of the identity document,” said Matt Thompson, senior vice president of IDEMIA, a technology company working on several states’ mobile ID apps. “As we move to cryptographic verification, it’s a lot easier to verify the authenticity of a document through digital means."

Oklahoma’s mobile ID app got underway in 2019 but relaunched with IDEMIA in January with new functions, including the ability to pre-enroll for the federally mandated REAL ID security standards. Both Delaware and Arizona launched their own mobile ID apps in March.

In Utah, over 100 people have a pilot version of the state’s mobile ID, and that number is expected to grow to 10,000 by year's end. Widespread production is expected to begin at the start of 2022, said Chris Caras, director of Utah’s Driver License Division. The app is being produced by another company, GET Group North America.

Caras said the state is following industry standards for digital IDs that were released late last year because Utah wanted to ensure people could use their mobile credentials anywhere in the U.S.

“Our goal is that anywhere that you’re currently using your hard card, you could use your mobile credential,” Caras said.

Colorado and Louisiana were two of the first states that developed digital identification apps, but they don’t follow the newly released standards and aren’t accepted in other states. Louisiana’s digital ID launched in 2018.