Billions of dollars in damage has been done as the floodwaters from Florence are not finished yet. 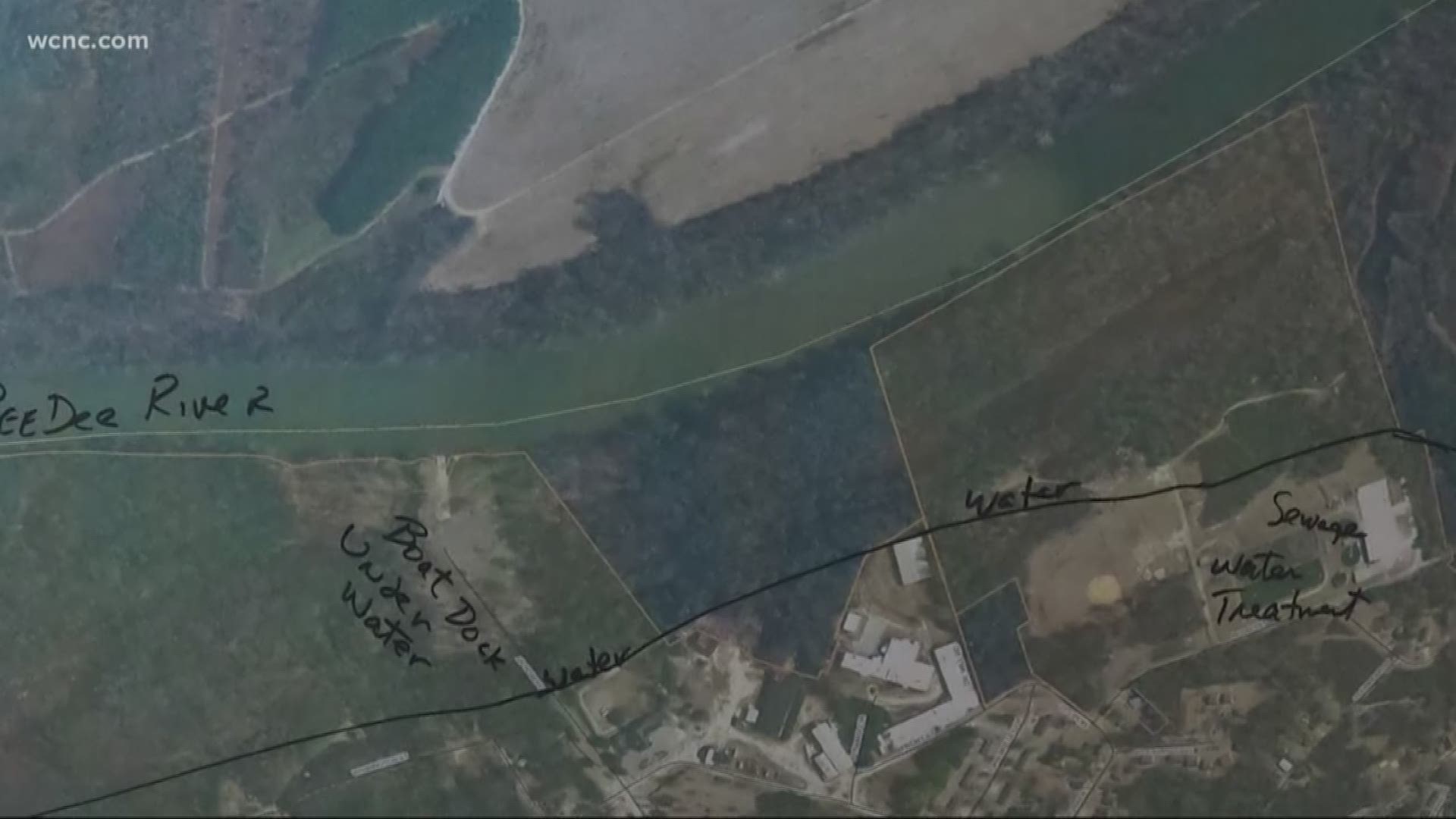 WILMINGTON, N.C. — A new round of evacuations was ordered in South Carolina as the trillions of gallons of water dumped by Hurricane Florence meanders to the sea, raising river levels and threatening more destruction.

With the crisis slowly moving to South Carolina, emergency managers on Friday ordered about 500 people to flee homes along the Lynches River. The National Weather Service said the river could reach record flood levels late Saturday or early Sunday, and shelters are open.

"Although the winds are gone and the rain is not falling, the water is still there and the worst is still to come in the Pee Dee," South Carolina Gov. Henry McMaster said Friday, referring to the eastern part of the state.

Georgetown County Administrator Sel Hemingway warned the area may see a flood like it has never seen before. "We're at the end of the line of all waters to come down," he said.

In North Carolina, where about 100 people were evacuated by boat and air after the Cape Fear River breached a levee and flooded the town of Kelly on Thursday night, a familiar story was unfolding as many places that flooded in Hurricane Matthew in 2016 were once again inundated.

Two years ago, flooding ruined the baseboards and carpet of the Presbyterian Church of the Covenant in Spring Lake. The congregation rebuilt, This year, water from the Little River water broke the windows, leaving the pews a jumbled mess and soaked Bibles and hymn books on the floor.

"I'm so sad just thinking about all the work we put in. My gut is turning up," church member Dennis DeLong said. "We put a lot of heart and soul into putting it back up."

Gov. McMaster estimated damage from the flood in his state at $1.2 billion in a letter that says the flooding will be the worst disaster in the state's modern history. McMaster asked congressional leaders to hurry federal aid.

North Carolina Gov. Roy Cooper said he knows the damage in his state will add up to billions of dollars, but said with the effects on the storm ongoing, there was no way to make a more accurate estimate.

Duke Energy said a dam containing a large lake at Wilmington power plant had been breached by floodwaters from Florence, and it was possible that coal ash from an adjacent dump was flowing into the Cape Fear River.

Meanwhile, the National Hurricane Center said it was monitoring four areas in the Atlantic for signs of a new tropical weather threat. One was off the coast of the Carolinas with a chance of drifting toward the coast.

About 55,000 homes and businesses remain without power after Florence, nearly all in North Carolina, and down from a high of more than 900,000 in three states.

Florence is blamed for at least 42 deaths in the Carolinas and Virginia, including that of an 81-year-old whose body was found in a submerged pickup truck in South Carolina. Well over half the dead were killed were in vehicles.

Potential environmental problems remained. Aside from the Duke Energy breach, state-owned utility Santee Cooper in South Carolina is placing an inflatable dam around a coal ash pond near Conway, saying the extra 2.5 feet (76 centimeters) should be enough to keep floodwaters out. Officials warned human, hog and other animal waste were mixing in with floodwaters in the Carolinas.

In Wilmington, things kept creeping back closer to normal in the state's largest coastal city. Officials announced the end of a curfew and the resumption of regular trash pickup.

But they said access to the city of 120,000 was still limited and asked people who evacuated to wait a few more days. They also warned people to not get caught off guard as rivers that briefly receded were periodically rising back.

The storm continues to severely hamper travel. Parts of the main north-south route on the East coast, Interstate 95, and the main road to Wilmington, Interstate 40, remain flooded and will likely be closed at least until nearly the end of September, North Carolina Department of Transportation Secretary Jim Trogdon said.

More than a thousand other roads from major highways to neighborhood lanes are closed in the Carolinas, officials said. Some of them have been washed out entirely.

The flood has been giving so much warning to Horry County, South Carolina, that officials published a detailed map of places that flooded in 2016 and warned those same places were going underwater again. One man had time to build a 6-foot-high (1.8-meter) dirt berm around his house.

The Waccamaw River has started its slow rise in the city of 23,000, and forecasters expect it to swell more than 3 feet (0.90 meters) above the previous record crest by Tuesday while still rising. Some areas could stay underwater for weeks, forecasters warned.