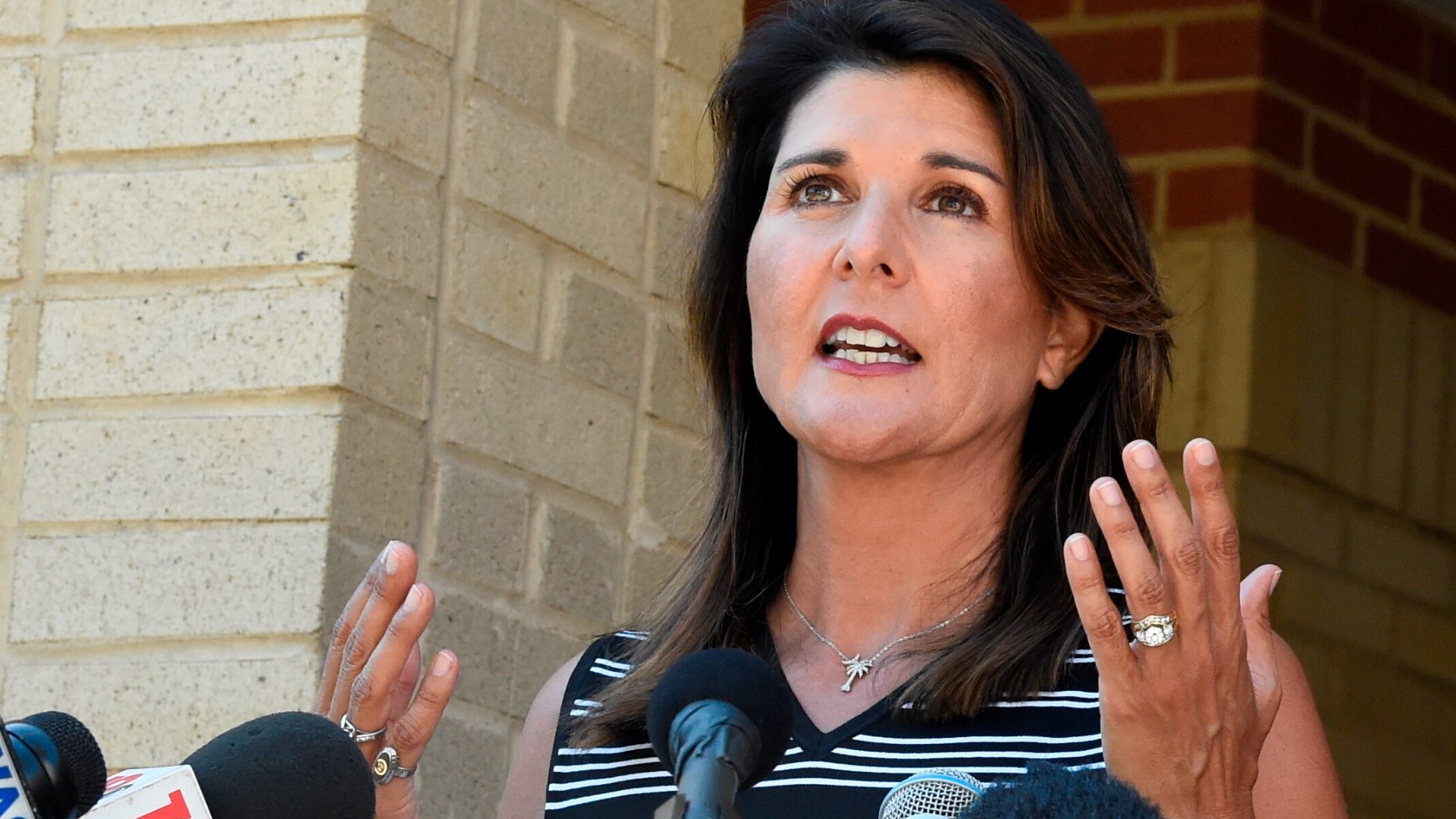 “Yes,” Haley said, when asked if she would support a second bid by Trump, in whose Cabinet she served for the first half of his administration.

“I would not run if President Trump ran, and I would talk to him about it,” Haley said, asked by The Associated Press if a possible Trump bid could preclude her own effort, were he to announce first. “That’s something that we’ll have a conversation about at some point, if that decision is something that has to be made.”

The visit was one of Haley's first public events in months in her home state.

Since her 2016 resignation as South Carolina governor to join Trump’s Cabinet, Haley has maintained a delicate balancing act among Republicans who have in some ways been sharply split on the now-former president. In two years at the United Nations, Haley treaded a path of speaking out against Trump while not directly drawing his ire. She left the office on her own terms in 2018, a rarity then during a wave of staffing turmoil.

RELATED: GOP White House hopefuls wait to see what Trump does next

Haley has made several moves in recent years to fuel speculation her sights are on higher office. In 2019, she and her family moved back to South Carolina, purchasing a home in the Kiawah Island community. She also launched a political action committee, published a memoir and commanded as much as $200,000 for speaking appearances.

Republicans had already been grappling with the party’s future following Trump’s tumultuous term. But after the Jan. 6 Capitol Hill violence as lawmakers gathered to certify Joe Biden's election victory, Haley said Trump had been “badly wrong” in stoking the crowd before the riot, telling an audience at the Republican National Committee winter meeting that Trump's “actions since Election Day will be judged harshly by history.”

Haley also said the whole notion was “deeply disappointing” because of the effect it will have on the legacy of the Trump administration, echoing remarks by some including fellow South Carolinian Sen. Lindsey Graham, who called the melee Trump’s “self-inflicted wound.”

On Monday, Haley defended her former boss, who this past weekend lit into fellow Republicans including his own vice president, saying he was “disappointed” in Mike Pence and calling Senate Minority Leader Mitch McConnell a “stone-cold loser.”

“I think former President Trump’s always been opinionated," Haley said, asked about Trump's weekend comments and if they hurt the GOP. “Just because he left being president, that’s not going to stop. But I think what he also talked about were all the successes that he had in the administration. And I think that’s what Republicans are uniting on. ... Every day Biden and Kamala Harris are in office unites the Republicans."

The outing was Haley's first public event in her home state in months. It comes just two weeks before Pence, also among those mentioned as a possible 2024 candidate, is set to visit South Carolina for his first public speech, a gathering with a conservative Christian nonprofit group.