An ex-official of the National Oceanic and Atmospheric Administration said the reversal will create mistrust if people need to decide whether to evacuate for storms. 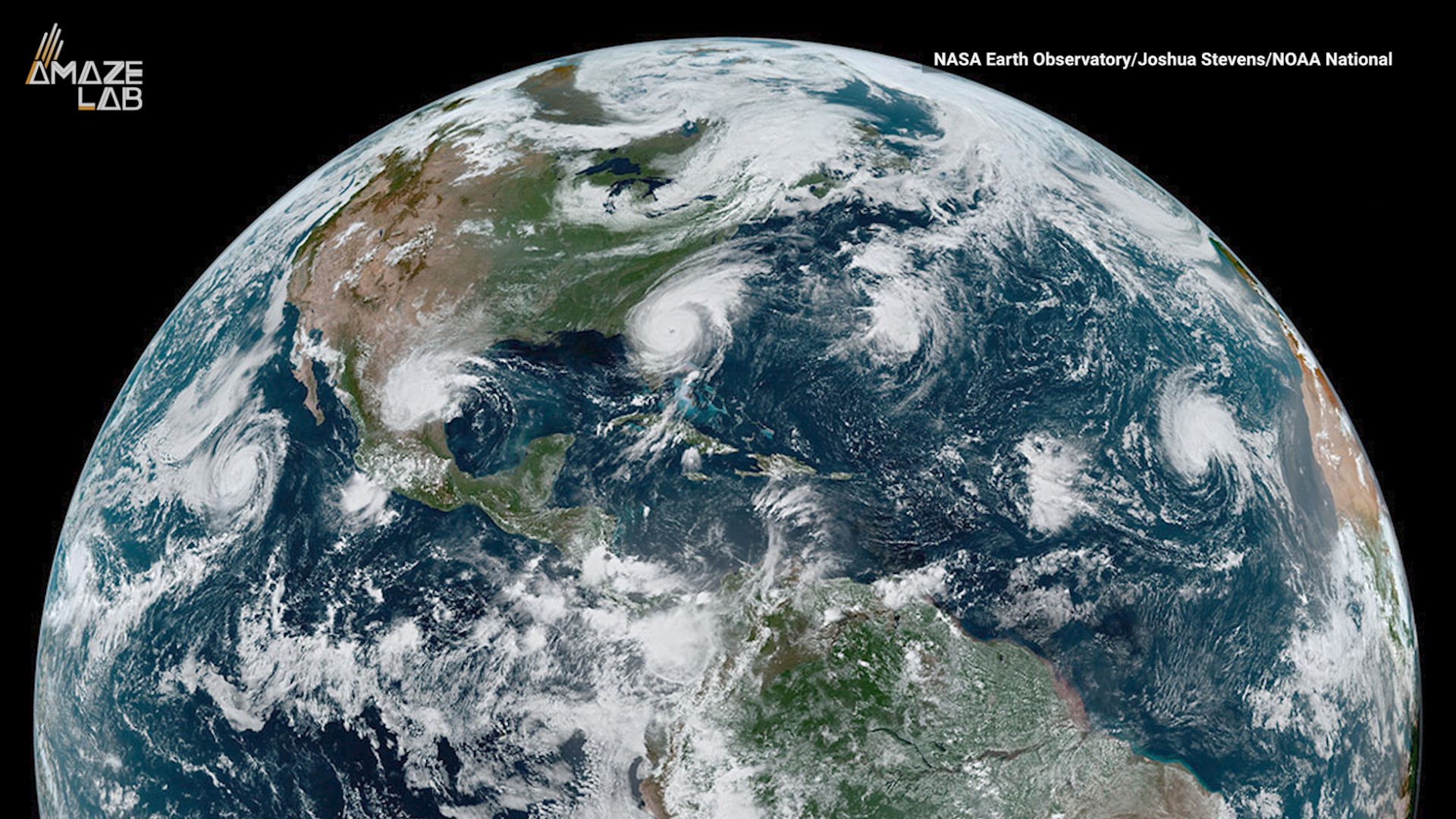 WASHINGTON — Former top officials of the National Oceanic and Atmospheric Administration are assailing the agency for undermining its weather forecasters as it defends President Donald Trump's statement from days ago that Hurricane Dorian threatened Alabama.

They say NOAA's action risks the credibility of the nation's weather and science agency and may even risk lives.

Dismay came from those who served under Republican and Democratic presidents alike as leaders in meteorology and disaster response sized up a sustained effort by Trump and his aides to justify his warning that Alabama, among other states, was "most likely" to be hit hard by Dorian, contrary to forecasts showing Alabama was clear. 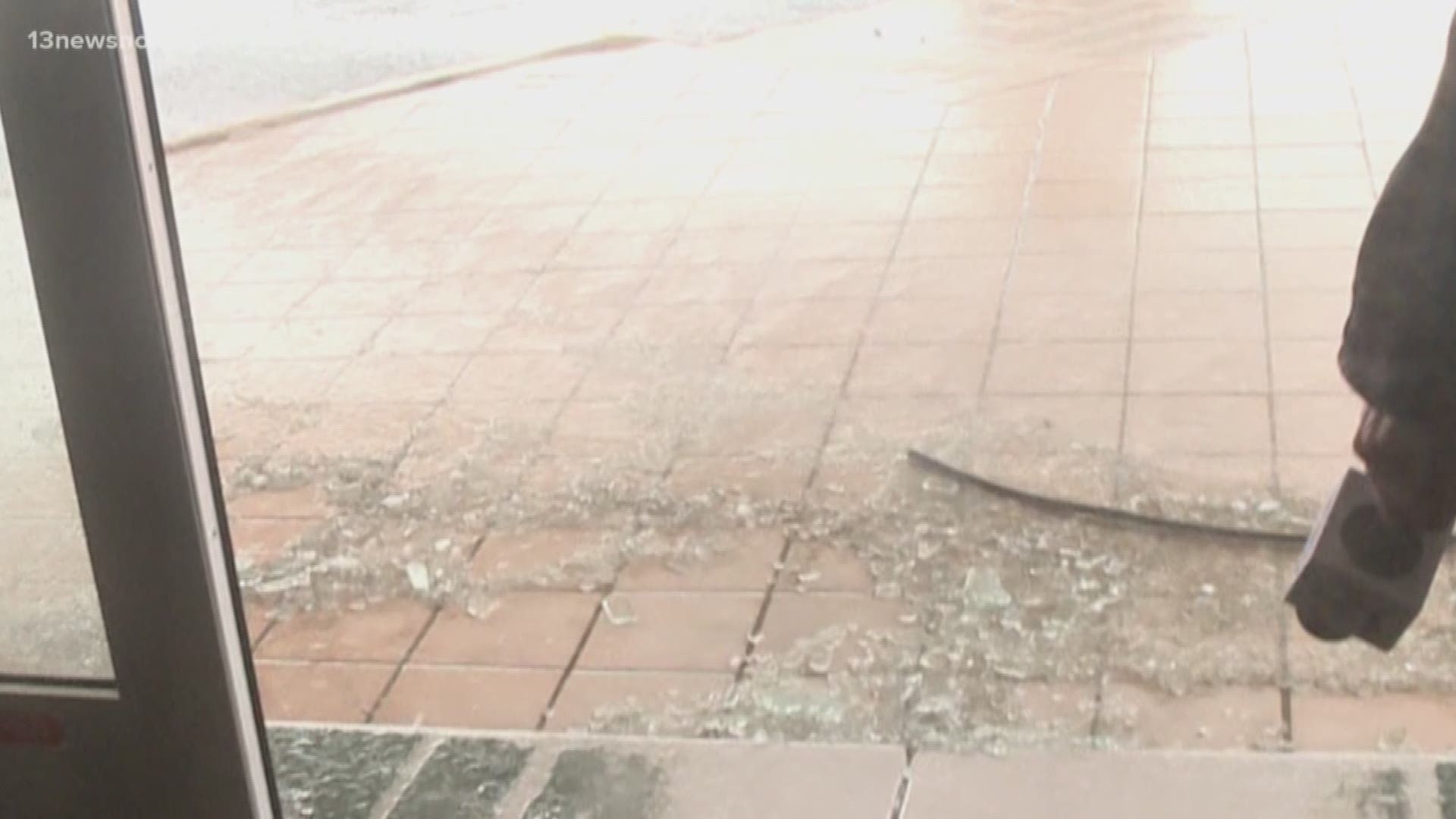 That effort led NOAA to repudiate a tweet from the National Weather Service the previous weekend assuring Alabamans — accurately — that they had nothing to fear from the hurricane. The weather service is part of NOAA and the tweet came from its Birmingham, Alabama, office.

"This rewriting history to satisfy an ego diminishes NOAA," Elbert "Joe" Friday, former Republican-appointed director of the National Weather Service, said on Facebook. He told The Associated Press on Saturday: "We don't want to get the point where science is determined by politics rather than science and facts. And I'm afraid this is an example where this is beginning to occur."

Alabama had never been included in hurricane advisories and Trump's information, based on less authoritative graphics than an official forecast, was outdated even at the time.

In the tempestuous aftermath, some meteorologists spoke on social media of protesting when the acting NOAA chief, Neil Jacobs , is scheduled to speak at a National Weather Association meeting Tuesday — in Huntsville, Alabama.

Former officials saw a political hand at work in NOAA's statement disavowing the Birmingham tweet. The statement was issued by an anonymous "spokesperson," a departure from the norm for federal agencies that employ people to speak for them by name.

"This falls into such uncharted territory," said W. Craig Fugate, who was Florida emergency management chief under Republican Gov. Jeb Bush and director of the Federal Emergency Management Agency under Democratic President Barack Obama. "You have science organizations putting out statements against their own offices. For the life of me I don't think I would have ever faced this under President Obama or Governor Bush."

The White House declined to comment Saturday when asked if it had directed NOAA to release the statement. NOAA officials also didn't respond to requests for comment. After spending the morning at his Virginia golf club, Trump tweeted that he'd like to move on from the matter but the news media "won't leave it alone."

In an effort to address the wounds, leaders at the National Weather Service on Saturday sent a memo to employees praising their work and asserting that "we continue to embrace and uphold the essential integrity of the entire forecast process as it was applied by ALL NWS offices," an emphasis no doubt directed at forecasters chastised by the NOAA statement.

Retired Adm. David Titley, former NOAA operations chief during the Obama administration and a former meteorology professor at Pennsylvania State University said NOAA's leadership showed "moral cowardice" and officials should have resigned instead of issuing the statement. Joe Friday said he would have quit had he been in top officials' shoes.

Titley said the episode might feed distrust of forecasts that help people make life-or-death decisions whether to evacuate.

"For people who look for excuses not to take action when their lives or property are threatened ... I think this can potentially feed that," Titley said.

Former NOAA deputy administration Monica Medina, who served in the Obama and Clinton administrations, said "it will make us less safe as a country."

And Justin Kenney, who headed the agency's communications in the Obama administration, said "by politicizing weather forecasts, the president ... puts more people — including first responders — in harm's way."

Bill Read, who became director of the National Hurricane Center director during the Republican George W. Bush administration, said on Facebook the NOAA statement showed either an embarrassing lack of understanding of forecasting or "a lack of courage on their part by not supporting the people in the field who are actually doing the work. Heartbreaking."

A retired chief of the center's hurricane forecasting desk, James Franklin, said on Twitter that the NOAA statement had thrown the Birmingham office "under the bus" — a phrase several ex-officials used. He said the Birmingham office's tweet was "spot-on and an appropriate response to the President's misleading tweet that morning."

The American Meteorological Society said NOAA's criticism of the Birmingham office was unwarranted and the forecasters "should have been commended for their quick action based on science in clearly communicating the lack of threat to the citizens of Alabama."

Last Sunday, Trump tweeted : "In addition to Florida - South Carolina, North Carolina, Georgia, and Alabama, will most likely be hit (much) harder than anticipated. Looking like one of the largest hurricanes ever. Already category 5."

At the time, the hurricane center's forecast path — including a large cone of uncertainty — did not go farther west than the eastern third of Georgia.

The weather service in Birmingham quickly followed up with its tweet, which one meteorologist there said was prompted by residents' concerns about what to do. It said: "Alabama will NOT see any impacts from #Dorian. We repeat, no impacts from Hurricane #Dorian will be felt across Alabama. The system will remain too far east."

NOAA verified that day that the "current forecast path of Dorian does not include Alabama" and an agency spokesman, Christopher Vaccaro, put his name to that.

NOAA's disavowal of the Birmingham tweet came late Friday. It said its forecasters "spoke in absolute terms that were inconsistent with probabilities from the best forecast products available at the time."

The highest percentage that tropical force storm winds — not stronger hurricane-force winds — would hit somewhere in Alabama was 11%, according to hurricane center charts, and the chances were briefly between 20% and 30% according to a graphic that was not a forecast and that was outdated by the time of Trump's warning.