PGA apologizes to Mickelson, Koepka for fans on final hole

After Mickelson's approach landed on the 18th green, spectators rushed past the ropes, marshals and security at the Ocean Course. 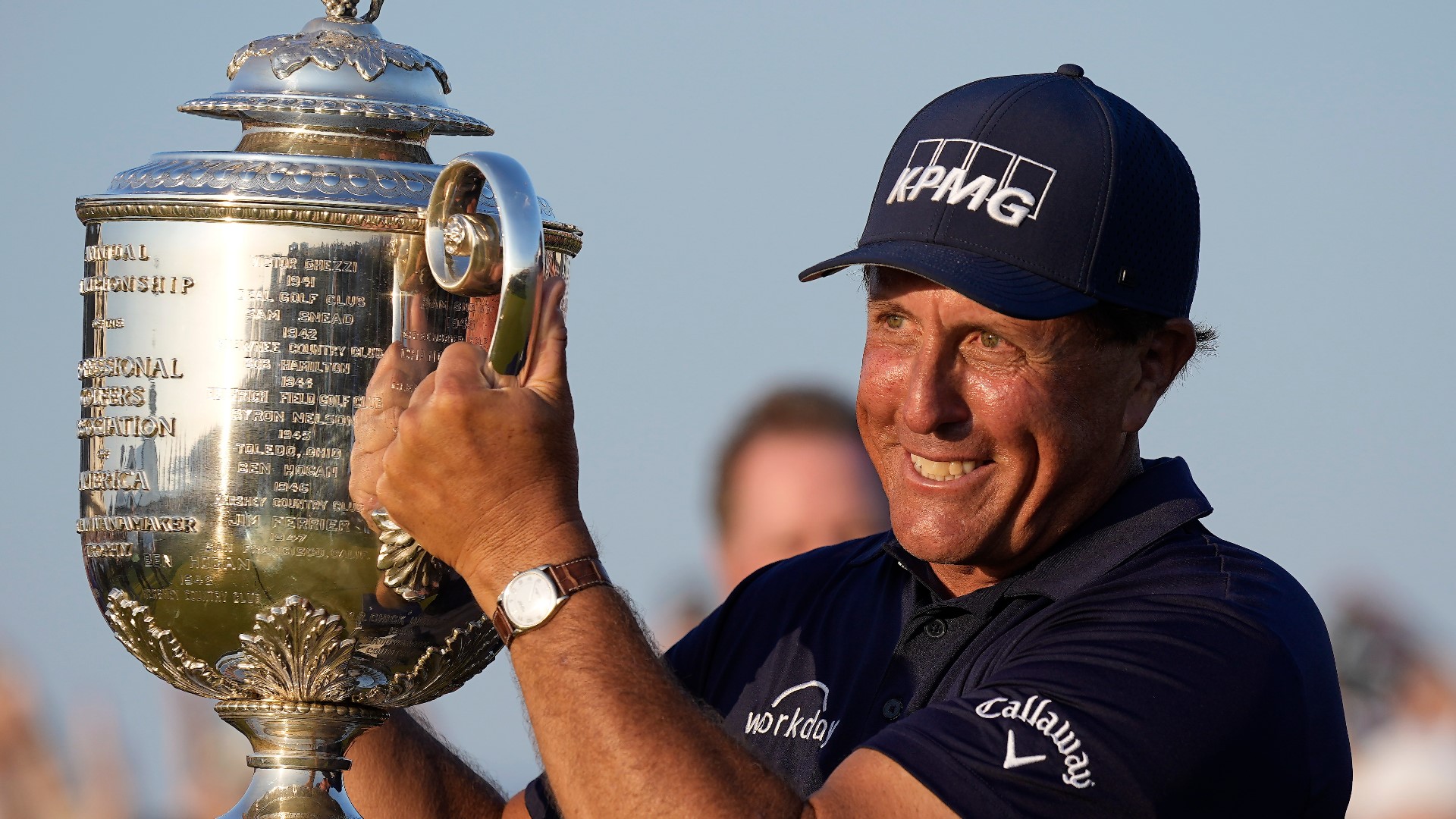 KIAWAH ISLAND, South Carolina — PGA of America CEO Seth Waugh has apologized to winner Phil Mickelson and Brooks Koepka for fans rushing onto the 18th hole at the PGA Championship on Sunday.

After Mickelson's approach landed on the 18th green, spectators rushed past the ropes, marshals and security at the Ocean Course, quickly swarming the competitors as they played the 72nd hole.

Waugh said Monday the organization regretted that the scene “made two players and their caddies feel vulnerable.”

Waugh's statement, released on social media, said the charge came from “a moment of high elation and pent-up emotion by spectators” and overwhelmed security.

The 50-year-old Mickelson finished off the victory, becoming the oldest player to win a major title. Koepka tied for second with Louis Oosthuizen.

Mickelson said the scene “was a little bit unnerving, but it was exceptionally awesome, too.”

Koepka said his surgically repaired right knee got hit by people as he tried to break through the crowd.

Koepka wondered if someone purposely tried to hurt him. “I don’t know, it felt somebody tried to ...” he said, cutting off his thought. “I don’t know what the deal was, but it’s what it is.”

Waugh said player safety is a chief goal and he was glad order was restored. Fans circled the final green and celebrated when Mickelson finished off the win.