Asked if he planned to pay his respects to Rep. John Lewis at the U.S. Capitol, President Trump responded 'No, I won't be going. No.' 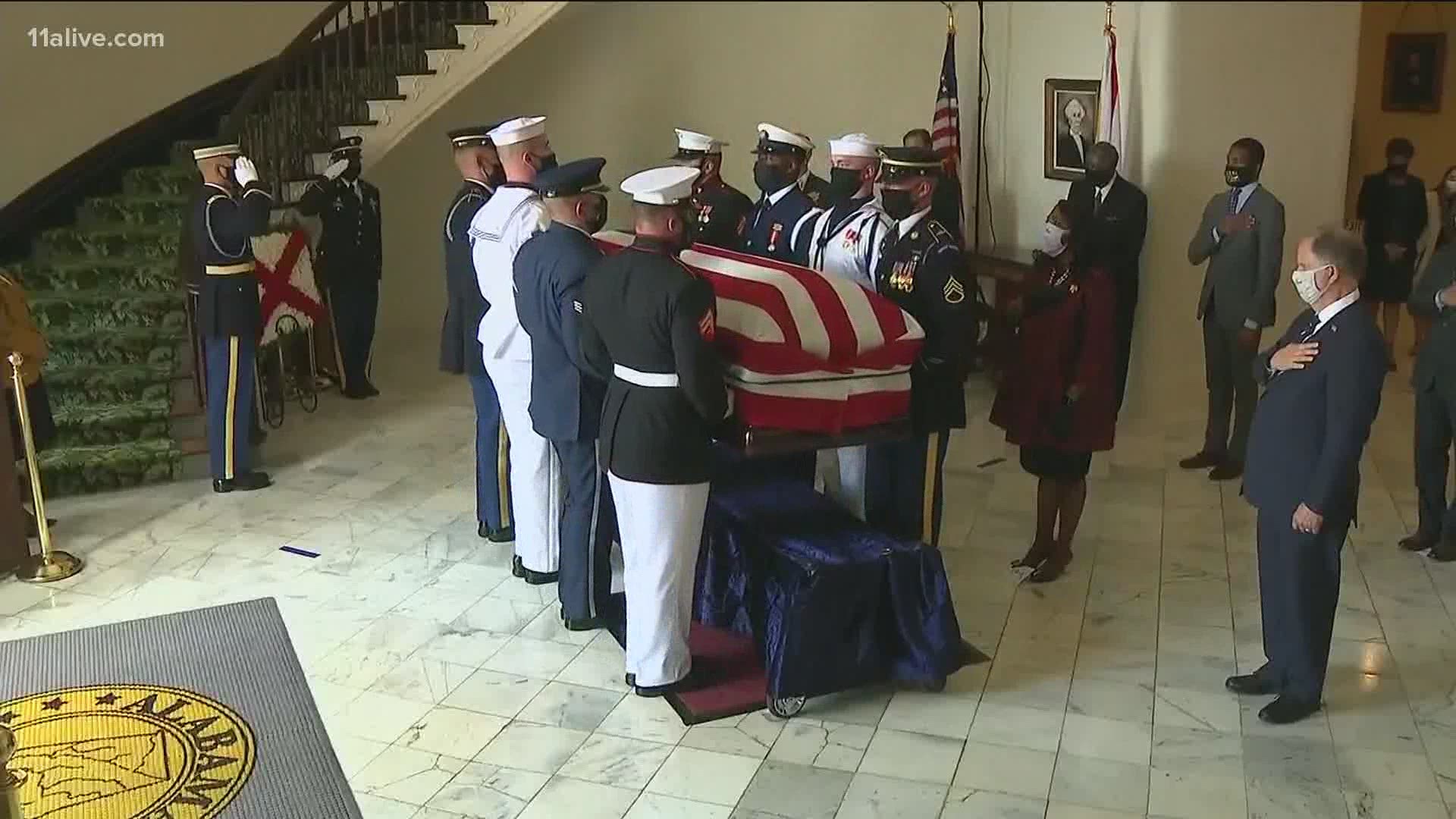 The body of the late Rep. John Lewis will lie in state Monday and throughout the day Tuesday.

Trump publicly jousted with Lewis, who once called Trump an illegitimate president and chided him for stoking racial discord. The president countered by blasting Lewis’s Atlanta congressional district as “crime-infested.”

"No, I won't be going, no," Trump responded after a reporter asked whether he'd be paying respects to Lewis either Monday or Tuesday.

RELATED: The late Rep. John Lewis will lie in state at the US Capitol

RELATED: Life of John Lewis to be celebrated over 6 days of ceremonies

Presumptive Democratic presidential nominee Joe Biden, who served in Congress alongside Lewis, is expected to visit the Capitol to pay his respects. The pair became friends over their two decades on Capitol Hill together and Biden’s two terms as vice president to Barack Obama, the nation’s first Black president who awarded Lewis the Presidential Medal of Freedom in 2011.

Credit: AP
The flag-draped casket of the late Rep. John Lewis, D-Ga., a key figure in the civil rights movement and a 17-term congressman from Georgia, lies in state, Monday, July 27, 2020 at the Capitol in Washington,. (AP Photo/J. Scott Applewhite, Pool)