Plumes of smoke from a fire at a northern Illinois chemical plant were so large they were being picked up on weather radar. 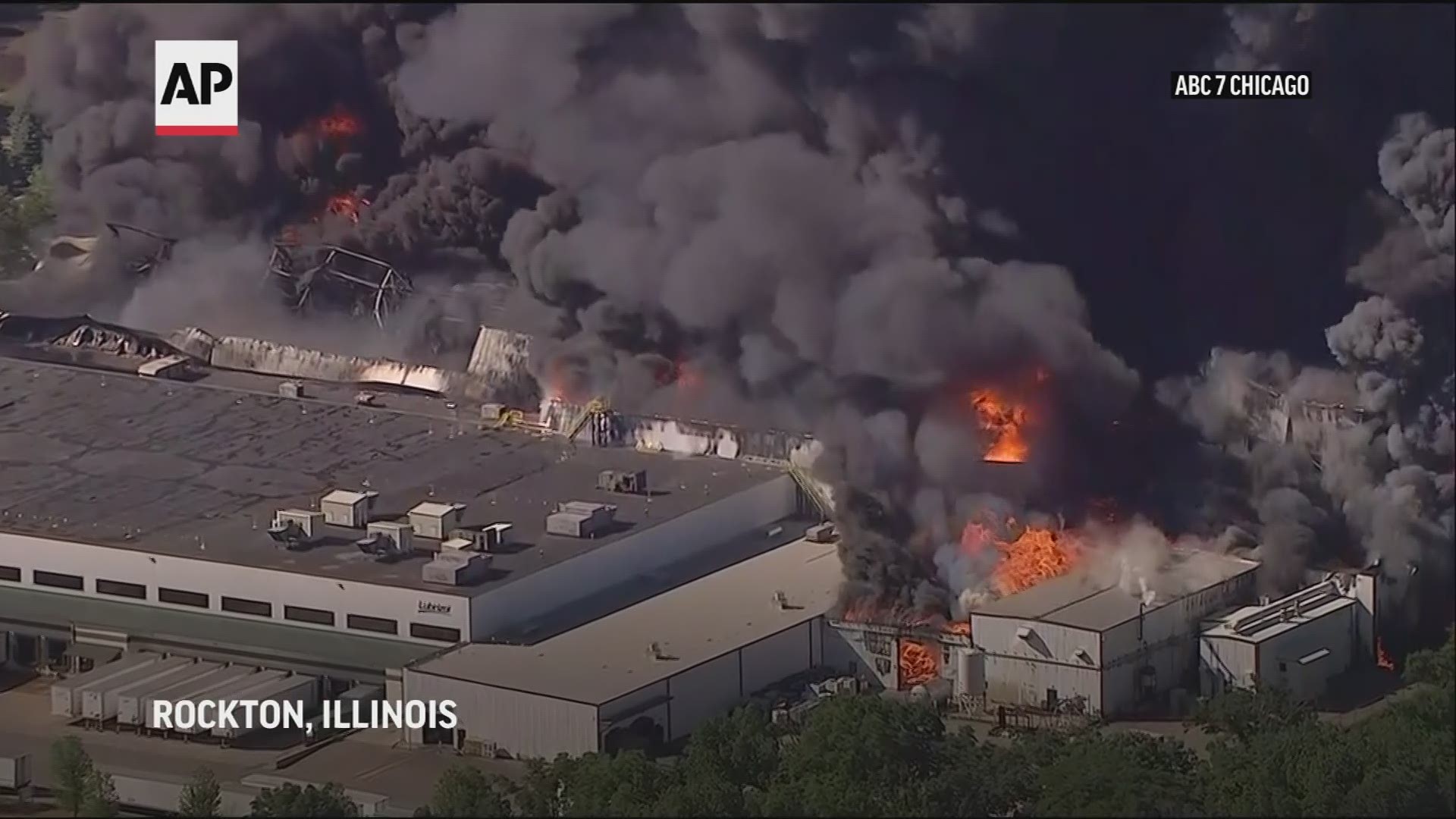 WASHINGTON — An explosion at a chemical plant in northern Illinois sent heavy black smoke towering into the sky and flames raged throughout the facility.

Emergency crews rushed to the scene of the fire around near Rockton, northwest of Chicago, at Chemtool Inc., a company that manufactures lubricants, grease products and other fluids.

Rockton Fire Department Chief Kirk Wilson said about 70 employees who were at the plant when firefighters arrived were evacuated safely, and that one firefighter suffered a minor injury. Chemtool's parent company, Lubrizol Corp., later said there were closer to 50 employees present when the plant was evacuated.

Following reports that the plumes of smoke were so big they were being picked up on weather radar, the Rockton Police Department posted an alert at 8:46 a.m. warning that fire officials had ordered a mandatory evacuation near the plant. It told people to evacuate homes and businesses, and to await further instructions.

Aerial video captured the moment there was a massive explosion as fire crews worked to control the blaze.

LOOK: Emergency crews respond to large flames and smoke in Rockton, Illinois, following an explosion at a Chemtool plant that manufactures fluids, lubricants and grease.

The cause of the explosion remains unclear, officials say pic.twitter.com/M51idaoOUz

The chemical plant has had no compliance violations within the last three years, according to the U.S. EPA database.

Crews from the 40 or so fire departments that responded to the blaze were fanning out to respond to spot fires, grass fires, and burning debris that the wind pushed into the community.

There were no immediate reports of injuries.

Rockton is located in Winnebago County, near the Wisconsin border, about 95 miles northwest of Chicago.

“We have confirmed all on site are safe and accounted for. Our concern right now is for the safety of all our employees and the surrounding community," Chemtool said in a statement, adding that it will share more details as they become known.

“We do not yet know what caused this incident, but we will be working with local authorities and with our own risk management team to determine what happened and identify any corrective actions,” it said.