Seven for Simone: Biles claims another US Gymnastics title 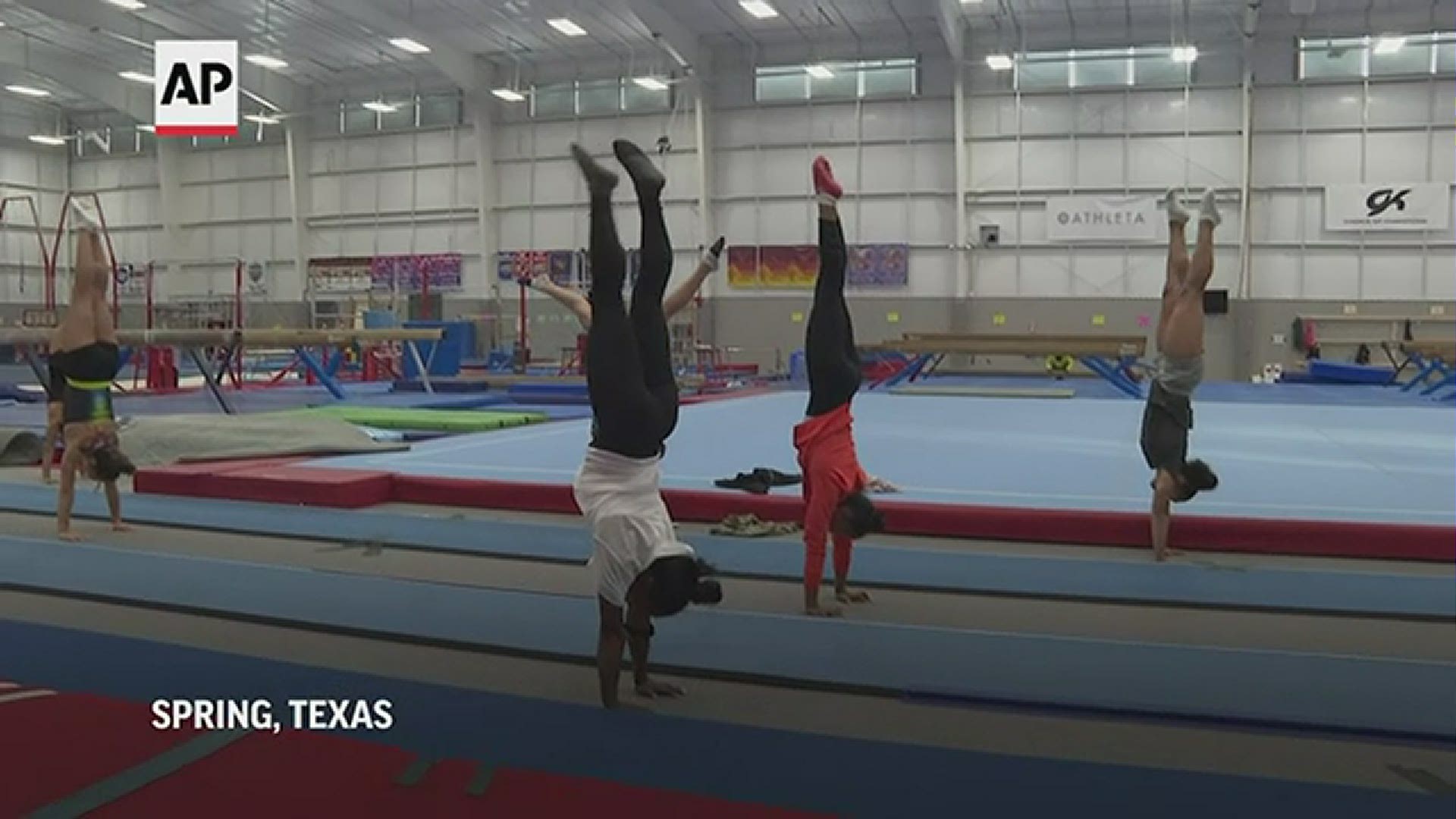 FORT WORTH, Texas — Simone Biles toned it down. A little anyway. And soared even higher.

The 24-year-old gymnastics superstar claimed her record seventh U.S. title Sunday night, delivering another stunning — and stunningly easy — performance that served little doubt the pressure surrounding her bid to become the first woman to win back-to-back Olympic championships in more than 50 years is only pushing her to even greater heights.

Shaking off a somewhat sloppy start Friday, at least by her impeccable standards, Biles put on a four-rotation showcase that highlighted why a GOAT emblem — a nod to her status as the Greatest Of All Time — has become a fixture on her competition leotard.

Her two-day total of 119.650 was nearly five points better than runner-up Sunisa Lee and good friend and teammate Jordan Chiles. Biles' all-around score on Sunday of 60.100 was her highest since 2018 and served notice she is only getting better with the Tokyo Games less than seven weeks away.

It helped that she managed to stay inbounds (mostly) during her floor routine after stepping out three times on Friday. Blame in on the rush she gets when the lights are on and a crowd is in the palm of her hands. She was far more precise in finals save for one tumbling pass where one of her feet stepped over the white border.

Oh, well, something to work on for Olympic Trials later this month in St. Louis.

“It’s so crazy because in training I never go out of bounds and I never have this much power,” Biles said. “But with the adrenaline, that's where it comes.”

While Biles' victory was never in doubt — it rarely has been during her nearly eight-year reign atop the sport — she remains in no mood to coast.

And to think she didn't even bother with her latest innovation, a Yurchenko double-pike vault she drilled twice at the U.S. Classic last month that caught the attention of everyone from LeBron James to Michelle Obama. Instead, she opted for two with slightly lower difficulty that she completed so casually it was hard to tell if she was in front of an arena that screamed for her at every turn or just fooling around at practice back home in Houston.

The Yurchenko double-pike will return at Trials and likely in Tokyo, where if she completes it during competition yet another element in the sport's Code of Points will be named for her. Just add it to the list of what they call “#SimoneThings.”

Biles has been a lock for Tokyo from the moment she returned to training in late 2017. Chiles and Lee may also be nearing that territory. The top two all-around finishers at Trials will earn an automatic spot on the Olympic team, though U.S. national team coordinator Tom Forster allowed Biles, Chiles and Lee have separated themselves from the pack.

“You can look at the scores and if the scores are anything, it looks like that,” Forster said.

Lee, competing on a bad ankle that sometimes left her limping around the arena, appears to be gaining momentum. Behind a bars routine that is one of the most innovative and electric on the planet, Lee fended off a strong challenge from Chiles to hold on to silver.

And THAT'S how you do it.@Simone_Biles starts off the night with a spectacular routine on beam. #USGymChamps pic.twitter.com/FnsJzN0mTW

“I feel like people are kind of doubting me because I’ve been injured for a little bit,” said Lee, who added she doesn't think she needs to do much more to impress the selection committee.

Chiles continued her remarkable rise over the last six months, finishing runner-up to Biles for the second time in three weeks. The 20-year-old, who started training alongside Biles two years ago, shared an emotional moment with her good friend after drilling her bars dismount. Chiles saw coach Cecile Landi sobbing, which led her to join in, which led Biles to come over and offer a hug and a reminder of how far she's come.

“(She) was telling me I deserved what I just did and I’m gifted and talented and I have the opportunity to make that team," Chiles said.

The real intrigue heading into Trials might be who else can emerge from a crowded field. Emma Malabuyo finished fourth, with Leanne Wong fifth. Jade Carey, who has already secured an individual berth to the Olympics thanks to her performance on the World Cup circuit, was sixth. Forster said he expects Carey to accept her automatic spot rather than try to make the five-woman U.S. team.

The group at the trials, however, will not include Laurie Hernandez. A two-time Olympic medalist in 2016, Hernandez did not compete after injuring her left knee on a beam dismount during warm-ups on Friday.

A pair of former world champions are also likely out. Morgan Hurd, the 2017 world champion, could petition into Trials but has been struggling with both her injuries and her form didn't finish in the top 20 in any of her three events. Chellsie Memmel, the 2005 world champion who began a comeback last summer, saluted the crowd after ending her uneven bars routine.

The picture behind Biles and Chiles and Lee, however, remains crowded with only three weeks to go before the team is unveiled. That's not a bad thing.

“I do think the field has gotten better,” Forster said.