Holly Malkames started recording because she thought no one would believe her. 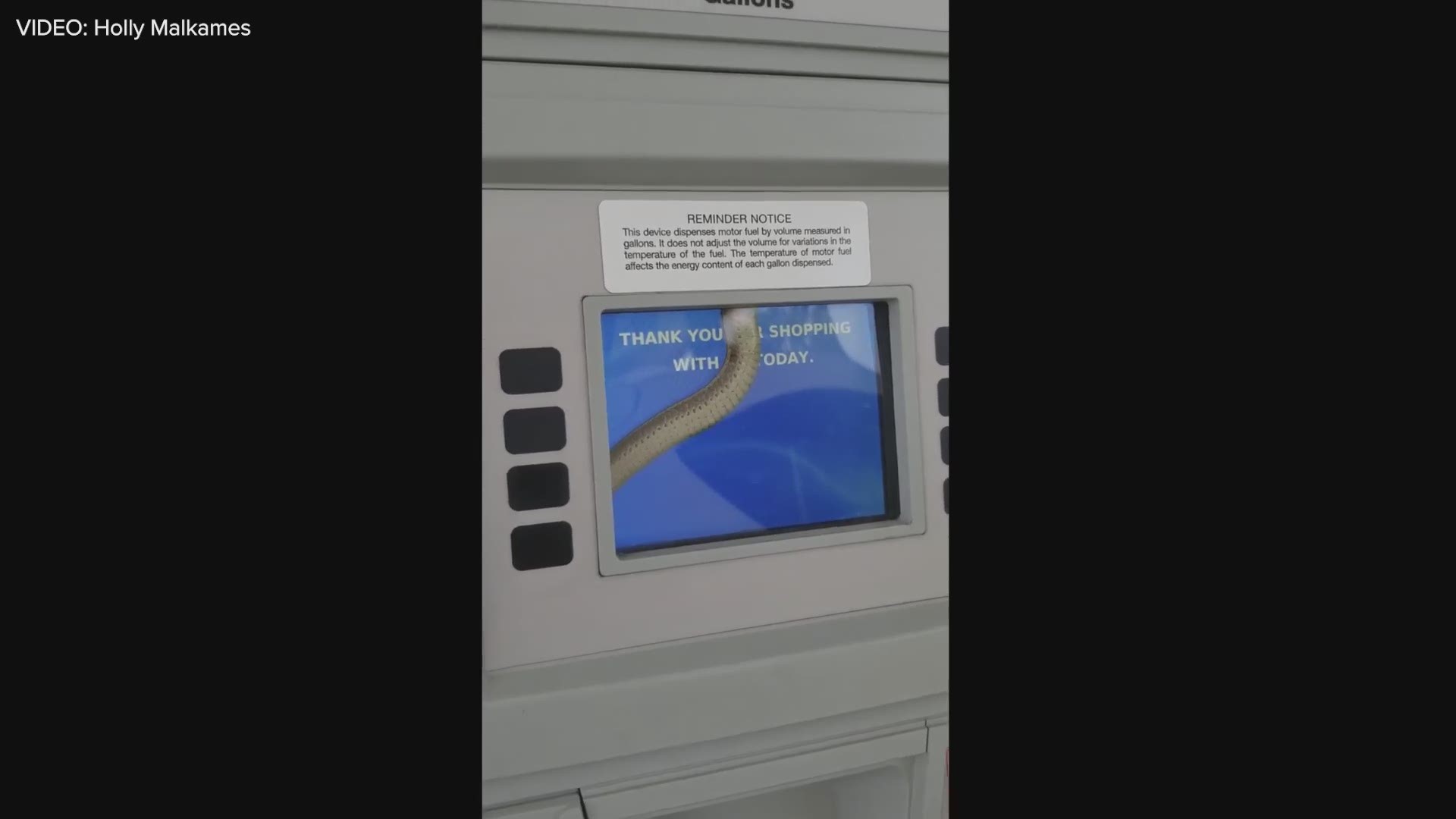 GARDNER, Kan. — Holly Malkames might have one on Indiana Jones.

She was on her way to work this week when she stopped to get gas at a station in Gardner, Kansas, a suburb southwest of Kansas City.

The driver may not have been on an archaeological adventure, but she did encounter the action hero's greatest fear.

"Some of the stations will have those entertainment videos on there," Malkames told KCTV. "I thought maybe it was one of those, kind of a trick."

But Malkames knew when she saw the head: a serpent was inside the touch screen.

She did finish filling her Mazda's tank, but cringed when the machine asked if she wanted a car wash.

"I didn't want to push the buttons."

She said she took a video, thinking nobody would believe what she saw. After showing it to the clerk inside, the snake was removed without harm to it or the gas pump. Only thing was, it looked much smaller onscreen.

"I suppose that Plexiglas probably magnifies the size of the snake," Malkames said.

She says she makes pit stops at the station several times a week but next time won't go to pump number 6.

She posted the video Wednesday on Facebook and it had almost 18,000 views Friday.