This man waded a mile and a half through floodwaters for love, cigarettes

'Have you ever seen a woman who smokes when she's out of cigarettes?' said a man who waded through flooded North Carolina to get her some smokes. 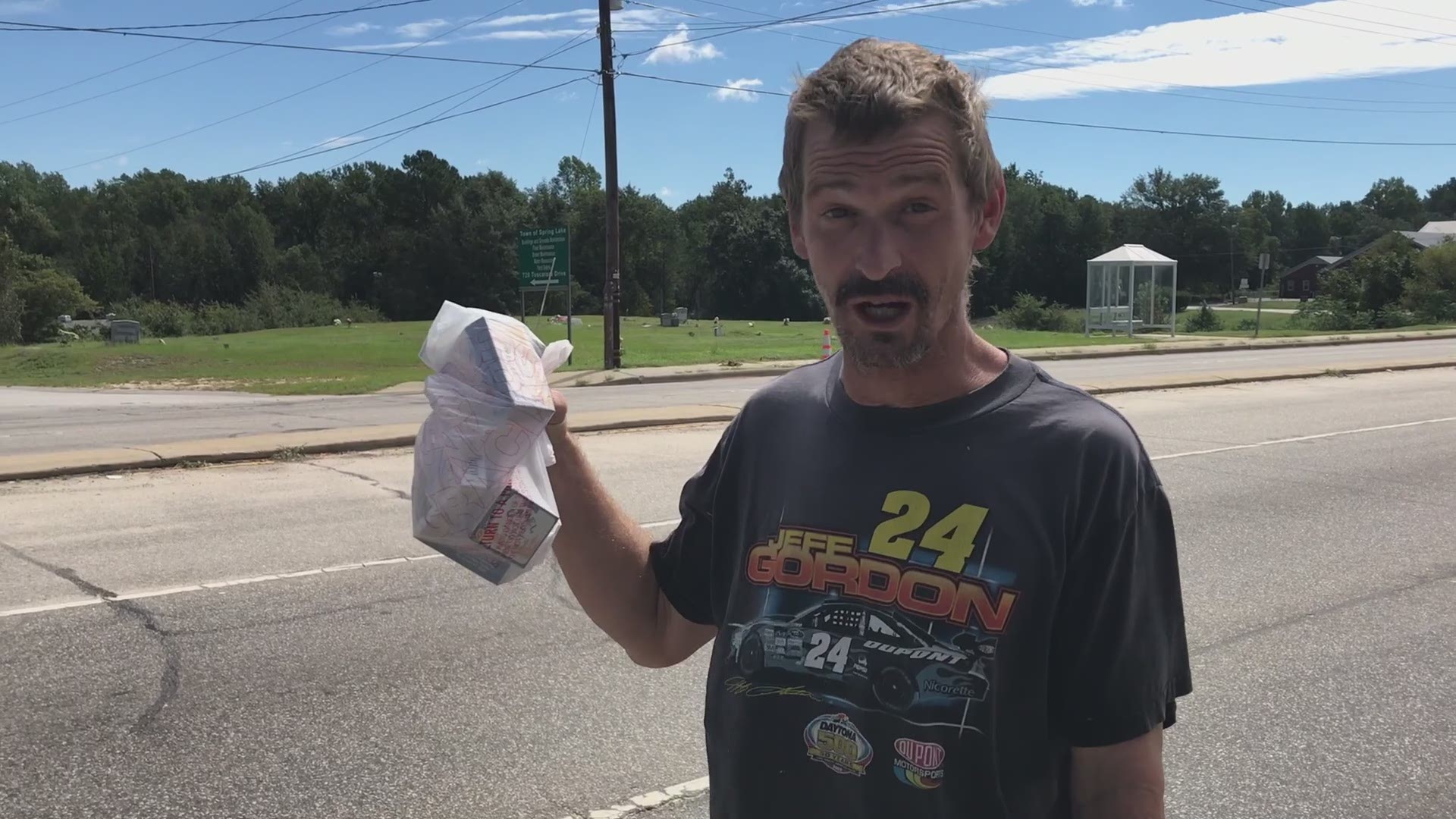 FAYETTEVILLE, N.C. — As the floodwaters roared around him chest-deep Tuesday, Patrick Wolvin waded out in search of cigarettes.

"My wife's sitting on the porch with a shotgun right now," he said. "Have you ever seen a woman who smokes when she's out of cigarettes?"

Compared to that, Hurricane Florence and its aftermath never stood a chance.

So Wolvin sloshed a mile and a half through the waters of the overgrown Little River from his home in Spring Lake near Fort Bragg, past the floating cars, the submerged Starlite Motel and the swamped Sunoco gas station, to the nearest shopping center. A crowd gathered to watch as he emerged in a soaked pair of shorts and a Jeff Gordon T-shirt.

"We were told we needed to leave, but I got dogs," he said. "We already got people running around stealing scrap. I stayed to protect my stuff and my landlord's stuff. I got a boat, but honestly I don't want to test it if I don't have to."

Spring Lake, NC, resident Patrick Wolvin speaks after wading through water which reached up to his chest from the flooded Little River, to buy his wife and neighbors cigarettes, Sept. 18, 2018. (Photo: Caitie McMekin/Knoxville News Sentinel)

He thinks the worst's over with the storm now moving through the Northeast.

"The water's going down," he said.

Forecasters aren't so sure.

The National Weather Service predicted the nearby Cape Fear River could crest at record levels of 62 feet by Wednesday. If the Cape Fear backs up, the Little River and surrounding waters could, too. Water already bubbled up through cracks in the stsreet pavement Tuesday. And runoff from a Monday night thunderstorm just adds to the risk.

Wolvin said he's not worried – even though the water's already higher than two years ago when Hurricane Matthew blasted through.

"It didn't come up near us during Matthew," he said. "I misjudged it this time. But everybody's fine down there. Everybody's cooking on the grill, having a good time. I'm safe, my wife is safe – everybody just wants cigarettes."

Even if he'd known how bad the flooding would be, Wolvin said he still would have stayed.

"I've lost everything I owned before, once in a flood and once in a tornado," he said. "I'm 43 years old, and I am not starting over. I'll cut a hole in my roof and carry everything out up there if I have to."

About a half-hour later, Wolvin trudged back into the water, a plastic bag crammed with Camels and Marlboro Lights in hand for the slog home.