Rep. John Dingell's widow says the comments have made her healing "much harder." The White House says the president was 'riffing.' 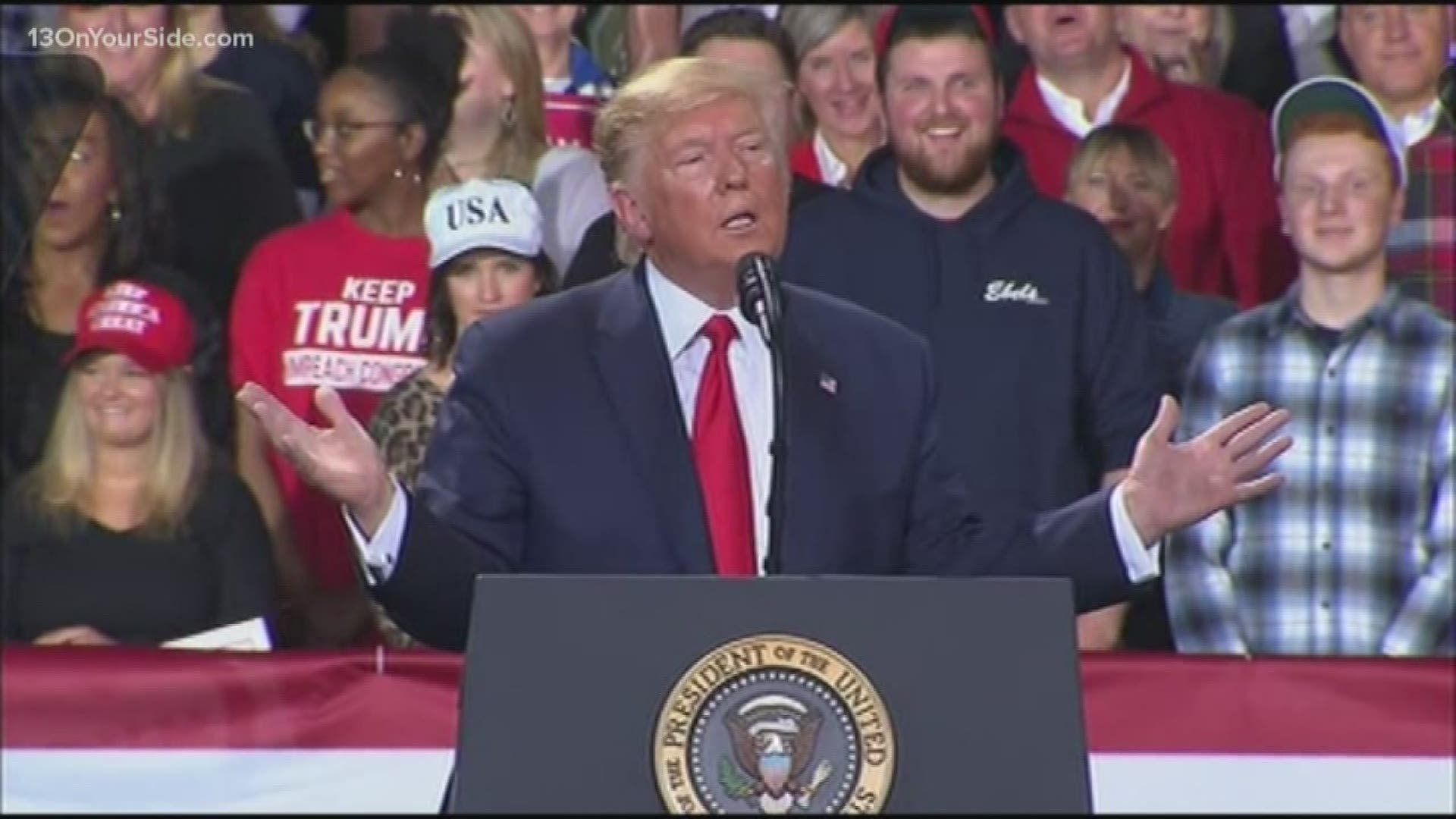 President Donald Trump on Wednesday took a swipe at a late Democratic congressman, implying he is "looking up" from hell. It appeared to shock supporters at a rally and it drew a quick rebuke from the congressman's widow.

During the rally in Battle Creek, Michigan, Trump was commenting on the late Rep. John Dingell. He said that Dingell's wife, Debbie Dingell, had thanked Trump for providing  “A-plus treatment” after her husband's death in February.

As Trump's voice grew softer, he allegedly quoted Debbie Dingell, claiming she said. "He's looking down. He'd be so thrilled. Thank you so much, sir."

Many in the crowd laughed at the comment. People in the stands behind Trump could be seen smiling, laughing and clapping. A couple of them could be seen looking at each other, wide-eyed in apparent surprise. There were also some boos in the crowd.

Debbie Dingell, who is now holding her husband's congressional seat, tweeted her displeasure with the comment, noting this is the first holiday season without her husband since they were married 38 years ago.

"You brought me down in a way you can never imagine and your hurtful words just made my healing much harder," Dingell tweeted.

White House press secretary Stephanie Grisham said she doesn't know why Trump attacked the Dingells, but told ABC's "Good Morning America" that Trump "was just riffing on some thing that had been happening the past few days."

Debbie Dingell voted in favor of both articles of impeachment against Trump Wednesday. The vote occurred during the rally.