Dorian isn't moving because the upper atmosphere is too calm

What's happening — or more aptly, not happening with Hurricane Dorian is pretty unprecedented. 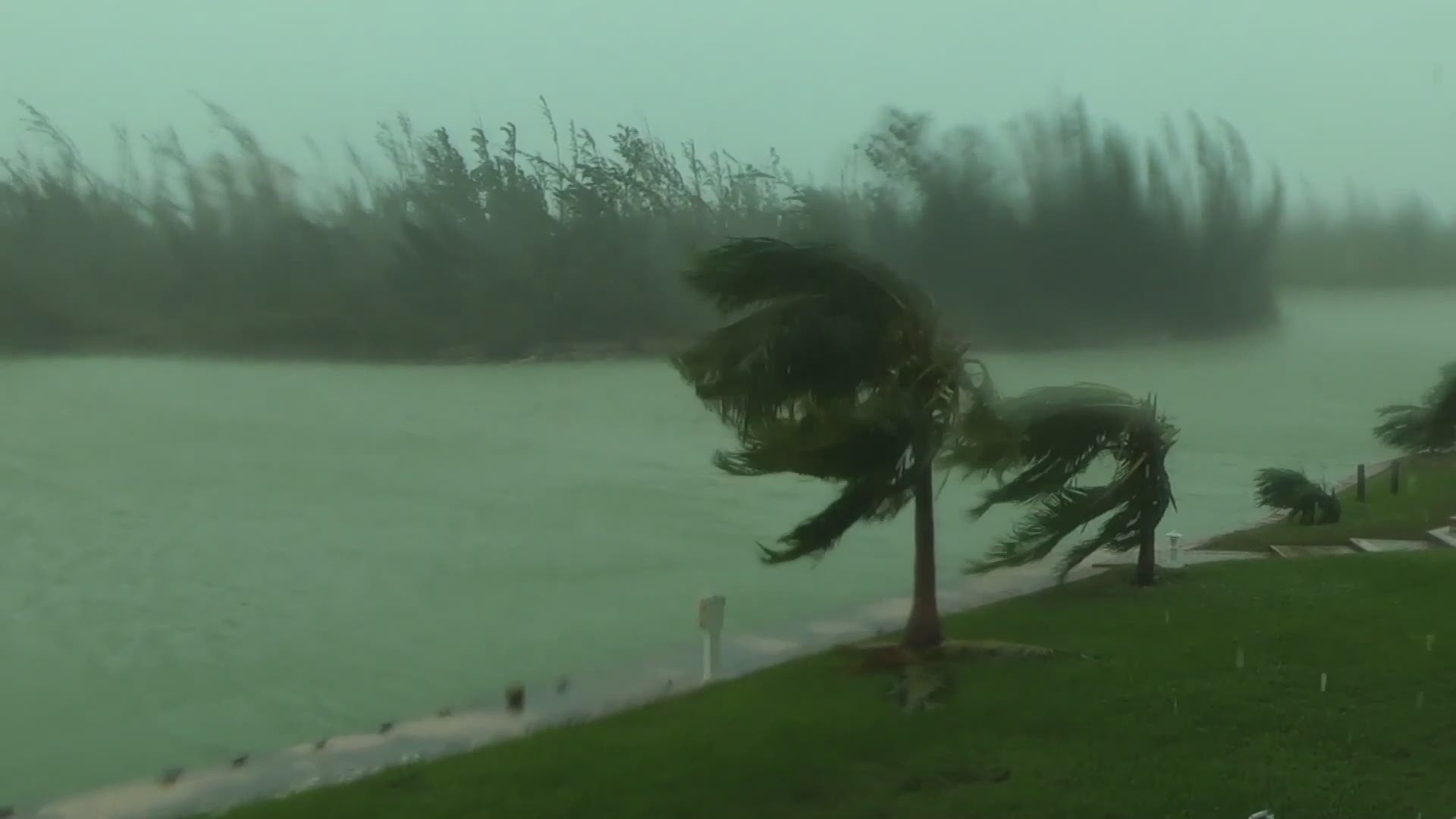 Powerful Hurricane Dorian has been going nowhere because nothing high up is making it budge.

It may sound strange when talking about a storm that once had 185 mph (298 kph) winds, but it's actually been too calm high in the atmosphere. While this has been horrible for the Bahamas, where the storm's pounding has been relentless, it may help spare Florida a bit, meteorologists said.

Usually the upper atmosphere's winds push and pull hurricanes north or west or at least somewhere. They are so powerful that they dictate where these big storms go.

But the steering currents at 18,000 feet above ground have just ground to a halt. They are not moving, so neither is Dorian.

"This is unprecedented," said Jeff Masters, meteorology director at Weather Underground who used to fly into hurricanes. "We've never had a Category 5 stall for so long in the Atlantic hurricane record."

Credit: AP
This GOES-16 satellite image taken Monday, Sept. 2, 2019, at 16:40 UTC and provided by National Oceanic and Atmospheric Administration (NOAA), shows Hurricane Dorian, left, churning over Bahamas. Hurricane Dorian hovered over the Bahamas on Monday, pummeling the islands with a fearsome Category 4 assault that forced even rescue crews to take shelter until the onslaught passes. (NOAA via AP)

A high pressure system in Bermuda has been acting like a wall, keeping Dorian from heading north. But a low pressure trough moving east from the Midwest has eroded that high and is trying to pull Dorian north. Those two weather systems "are fighting it out and neither is winning," Masters said.

There's just no flow pushing it anywhere. Think of it like a tiny paper boat or a pebble in a stagnant pond, which just doesn't move, said Colorado State University hurricane researcher Phil Klotzbach.

Air — high off the ground and closer to where people live — is often stagnant in the summer and this is an extreme version of that, Masters said.

In 2017, Hurricane Harvey got stuck when steering currents collapsed, absolutely drenching Houston, but that wasn't as powerful a storm as Dorian, Klotzbach said.

Usually hurricanes that don't move eventually kill themselves because they churn up colder water from deep below the surface and storms need warm water as fuel, Masters said.

RELATED: At least 5 dead in the Bahamas as Hurricane Dorian triggers massive flooding

RELATED: More than 1,400 Labor Day flight cancellations as Dorian slowly heads toward US

"It's got to keep moving," Masters said.

But the Bahamas and the Gulf Stream are one of the few places where warm water runs so deep. Stalling isn't as much of a death sentence there as elsewhere, but it will still weaken the storm a bit, which is good for Florida and the U.S. East Coast, Klotzbach said.

And the longer Dorian stalls in the Bahamas, the more the low pressure system has a chance to erode the high pressure and pull the hurricane north and away from Florida, Masters said.