New worm species eats alligator down to its bones

Scientists found the previously undiscovered life forms at the bottom of the Gulf of Mexico. 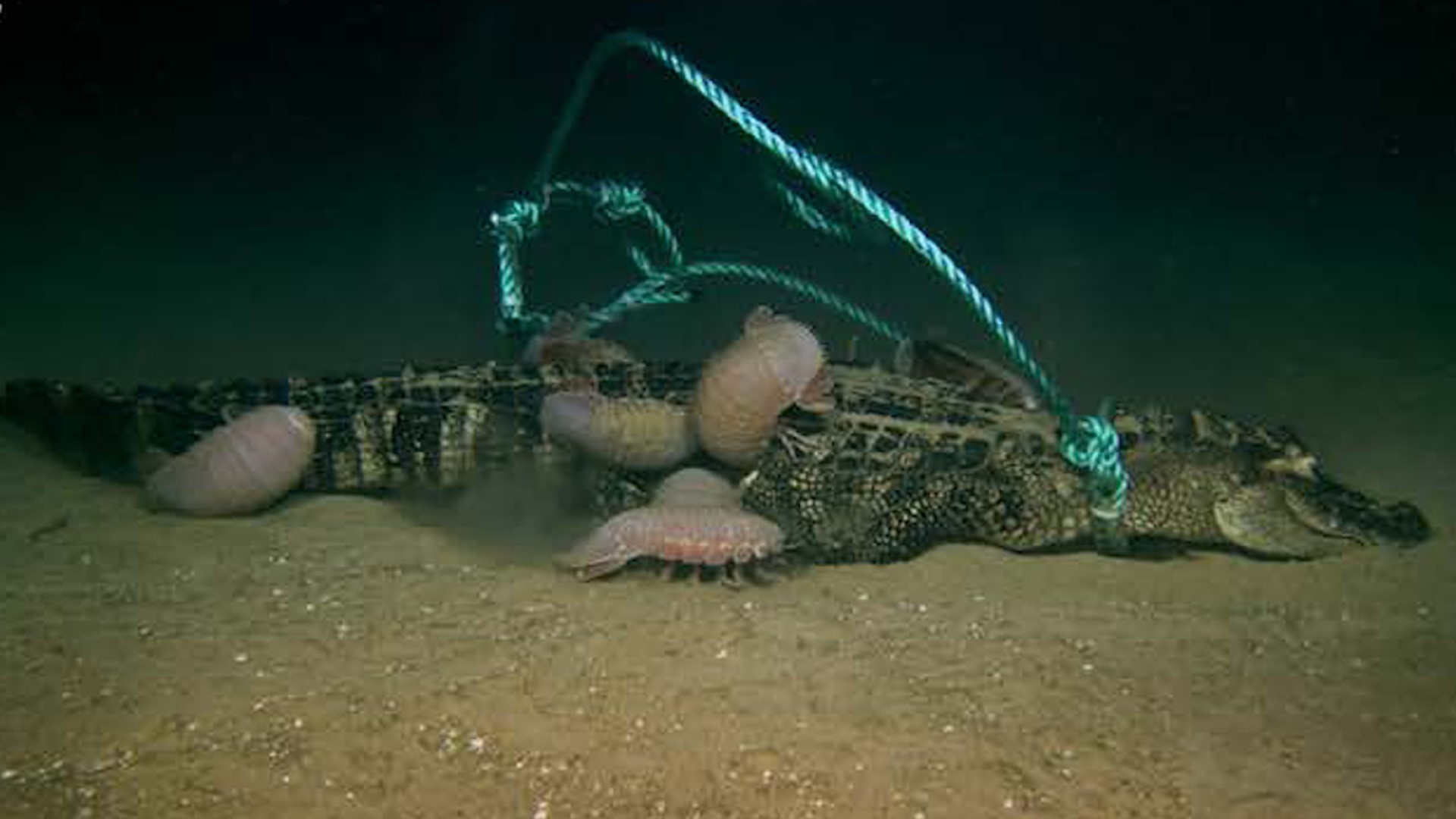 Scientists have found a new species of bone-eating worm living on the floor of the Gulf of Mexico.

CNN, citing a study in the journal PLOS ONE, reports researchers dropped three alligator carcasses in the gulf to investigate the ocean's ecosystem.

The scientists spotted the worms when they completely consumed the soft tissue of one of the carcasses in 51 days. It was eaten all the way down to the point where its vertebrae and jaw were all that was left..

RELATED: Video: Octopus had bald eagle in death grip until fishermen stepped in

RELATED: 5 mountain lions together on video in rarely seen moment

The study looked at ocean carbon supply to find out how deep sea creatures that live on the ocean floor survive without sunlight. Researchers speculate the alligator remains may provide the types of carbon such creatures need.

In addition to the worms, the scientists found giant isopods eating the flesh of one of the alligators. It's believed a shark may have made off with another one of the animals.

The new worm species has yet to be named.