A federal judge ruled that Douglas Jensen, of Iowa, violated the terms of his release by watching Mike Lindell's election fraud "cyber symposium." 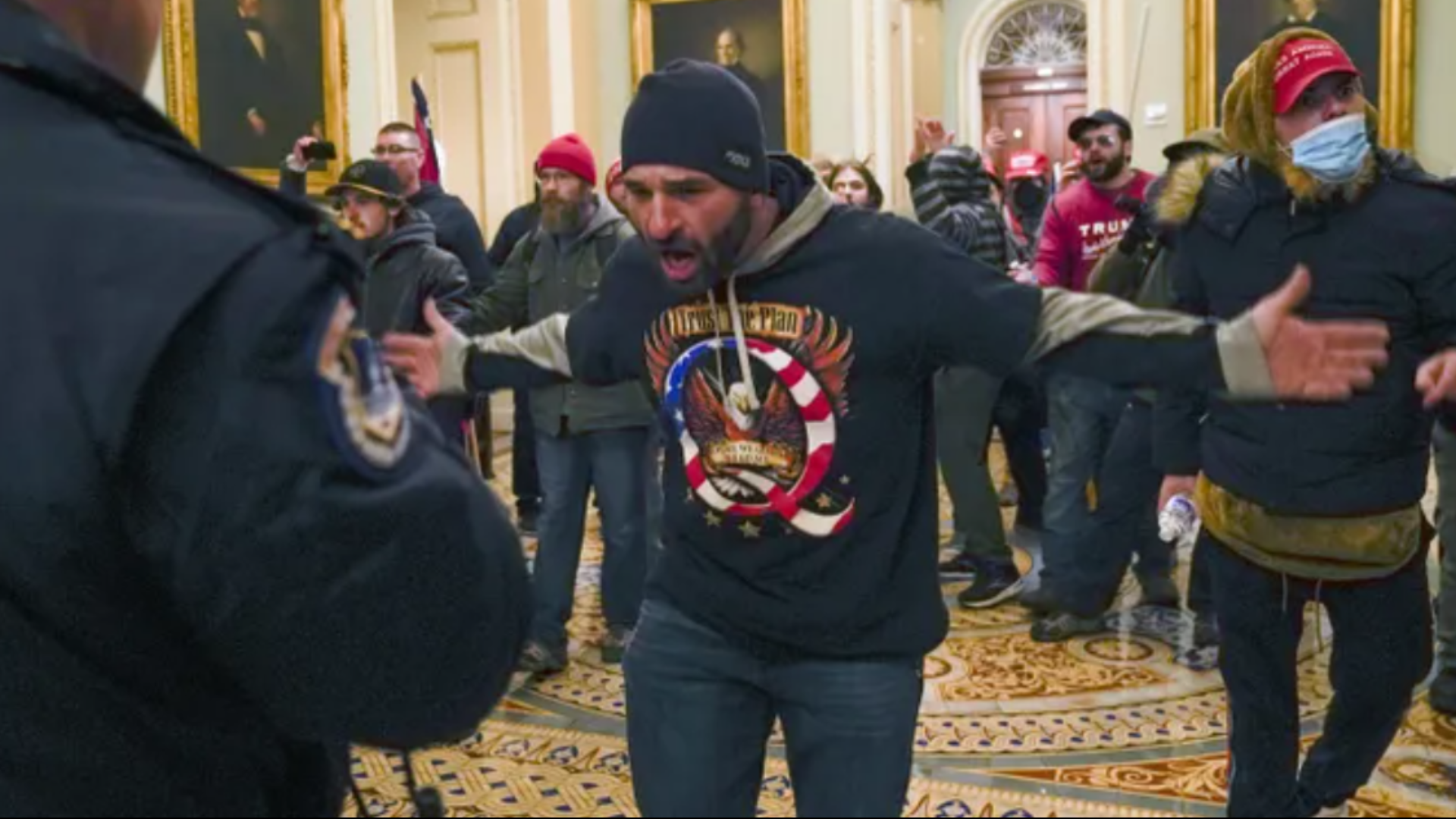 WASHINGTON — A QAnon follower who chased Capitol Police Officer Eugene Goodman through the U.S. Capitol Building on January 6 was ordered back to jail Thursday for violating the terms of his release by watching an election fraud conspiracy conference put together by My Pillow CEO Mike Lindell.

Douglas Jensen, of Iowa, did not deny he had violated his release last month when pretrial services officers found him in his garage watching Lindell’s so-called “cyber symposium” on a cell phone. The conditions of his release prohibit him from accessing the Internet, using Internet-connected devices or even knowing the password to unlock any family member’s cell phones.

Jensen threw himself on the mercy of the court Thursday, asking U.S. District Judge Timothy Kelly to give him a second chance.

“We don’t contest it,” Jensen’s attorney, Christopher Davis, said. “Mr. Jensen owned up to what he did. He knows what he did was wrong.”

AUSA Mirrell also says Jensen's wife, who is his third-party custodian, "facilitated" him violating his terms of release and can no longer be trusted in that role. Jensen has claimed his wife left the phone/Rumble on for him. #CapitolRiot @wusa9 @EricFlackTV

Davis said Jensen had an “addiction” to the QAnon and election fraud conspiracy theories that had led him to the Capitol on January 6 – something the Justice Department was quick to rebut.

“The fact that he violated his conditions by a attending a conference that sought to challenge the validity of the 2020 election shows that he cannot and will not accept orders or information that inconvenience him,” Assistant U.S. Attorney Hava Mirrell said. “Mr. Jensen does not deserve a second chance. This is not equivalent to a drug relapse. There is no chemical dependency here.”

Sign up for the Capitol Breach Newsletter. Don't miss an update about arrests, charges or investigations into the assault on the Capitol.

Jensen is currently under indictment on seven charges in connection with the Capitol riot, including felony charges of entering a restricted building with a deadly weapon, assaulting federal officers and obstruction of an official proceeding. The last charge alone carries a maximum sentence of up to 20 years in prison if Jensen were convicted.

Kelly said it was a “close call” initially when he granted Jensen release to home detention and GPS monitoring – noting that when he did so he made the terms of his release “extraordinarily clear.” He also pointed out that Jensen had effectively violated those terms at the first opportunity.

“I think it’s notable that this is the very first time he was check on in an unannounced way,” Kelly said.

Judge Kelly: Jensen "wanted to be the poster boy for QAnon. He said he was, quote, 'All about revolution.'" #CapitolRiot @wusa9 @EricFlackTV

As a result, Kelly ordered Jensen remanded back to the custody of the U.S. Marshal’s Service to be held while he awaits trial.

“It’s clear that he has not experienced the transformation his lawyer described, that he has continued to seek out those conspiracy theories that led to his conduct on January 6, and the he violated the terms of his release in the process,” Kelly said.

Jensen is scheduled to be back in court on September 24 for a status hearing. Mirrell told Kelly she believed by then both sides would have determined whether the case would be resolved with a plea agreement or head toward trial. 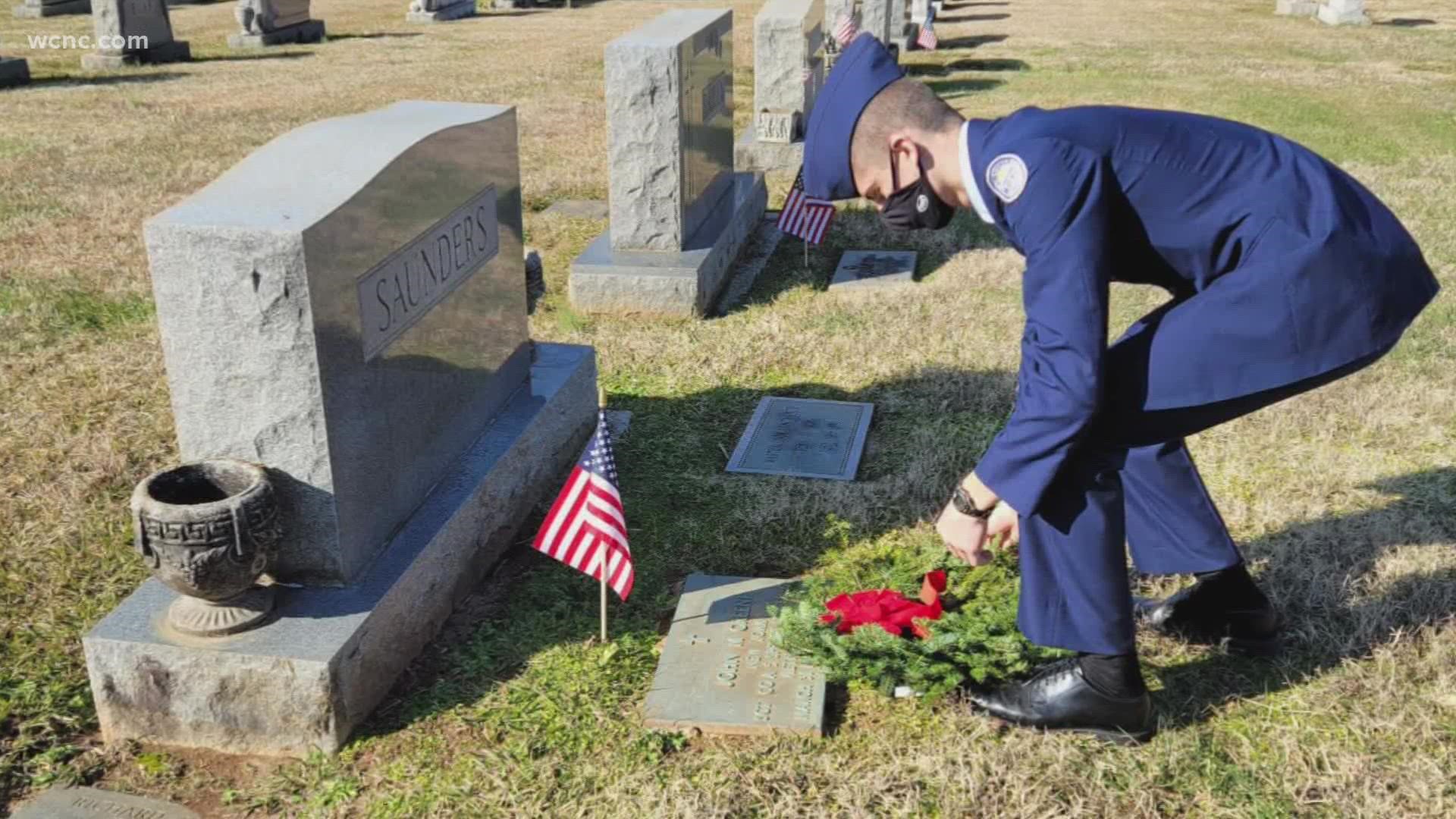