Rodney Jackson tries to connect people experiencing homelessness, especially veterans, with the services and supplies they need to get them back on their feet. 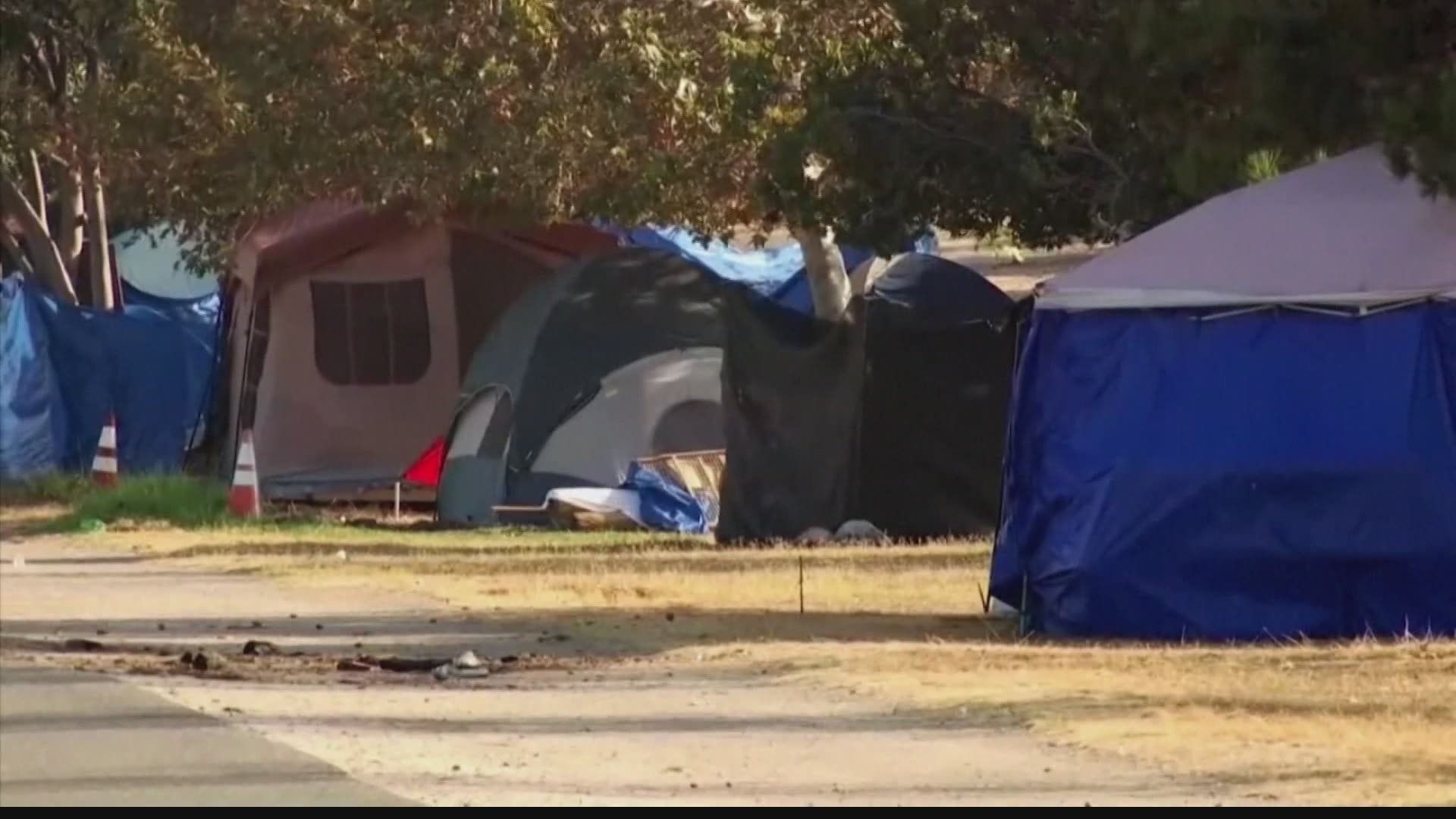 Rodney Jackson drives a blue minivan that has the letters “HVAF” printed on the side.

It stands for Helping Veterans and Families.

“Giving someone a bag of food is life-changing because they haven’t eaten in two or three days,” said Jackson.

Jackson serves as an outreach specialist for HVAF, which serves homeless veterans and their families.

Jackson walks and drives around to the homeless camps in his hometown of Indianapolis.

He tries to connect people experiencing homelessness, especially veterans, with the services and supplies they need to get them back on their feet. But for Jackson, this passion is more than outreach - it’s personal.

“Sharing my story, letting them know that I’ve been there before, gives them some encouragement,” said Jackson.

Jackson served in the U.S. Navy for 17 years before being honorably discharged.

“In 2003, I was going through a divorce, I was getting laid off by Boeing aircraft company because I was in the reserves at the time. And then I lost my job, in terms of getting out of the military. So it was a difficult time, and I lived in my car for three days,” said Jackson.

At the time, Jackson was in California, which is where he was stationed for most of his military career.

“I actually went out there for some assistance, but I ended up volunteering,” said Jackson. “Just letting them know I’m right here going through the same situation, it helped me help them, and they helped me. So we were really helping each other."

A friend of his was kind enough to lend him a couch to sleep on in his house. Jackson continued to volunteer and has been working with the homeless population and veterans ever since.

Nationally, the number of homeless veterans has gone down. But here in Indiana, it has gone up by more than 6 percent.

“I think some of it's pride. I think a lot of it is PTSD,” said Jackson. “A lot of homeless vets don’t want to come in or don’t want to relieve what they’ve gone through because mentally, you have guys, at least 70, from Vietnam or the Korean War, and they don’t want to be helped. They just want to be left alone."

He believes the trauma is too daunting to face for many of these veterans and that some of them don’t want to come forward and admit some the self-destructive coping skills they’ve picked up along the way.

“This is life-changing for me. I used to be a suit-and-tie guy every day. But all that stuff doesn’t matter anymore. I’ve given nice tennis shoes, the shirt off my back, given it to someone who needed it,” said Jackson.

Credit: WTHR
Rodney Jackson visits a homeless camp in Indianapolis as part of his daily routine with HVAF.

He said the hardest part of his job is not taking his work home with him.

“It’s hard not to get attached to some of these guys because they’re your military family,” said Jackson.

As Jackson was driving with 13News, a car pulled up at a light.

The driver in the car was ecstatic to see Jackson and yelled to him, “I thought that was you!”

Jackson was elated and told the gentlemen it was so good to see him and asked him where he was working. The man said his family was all well, and he had a job.

Jackson said that gentleman was someone who came to Indiana a few years ago and was homeless when he first arrived here. Jackson was one of the first people the man and his family met “a couple years ago. And now they’re doing fantastic."

"That just makes this job 1,000 percent worth it,” said Jackson.