'They are heroes': SC Vietnam veterans return from pilgrimage to DC

The group has gone most years since 2001 but this year they took a private plane as some of these veterans are now in their 80s. 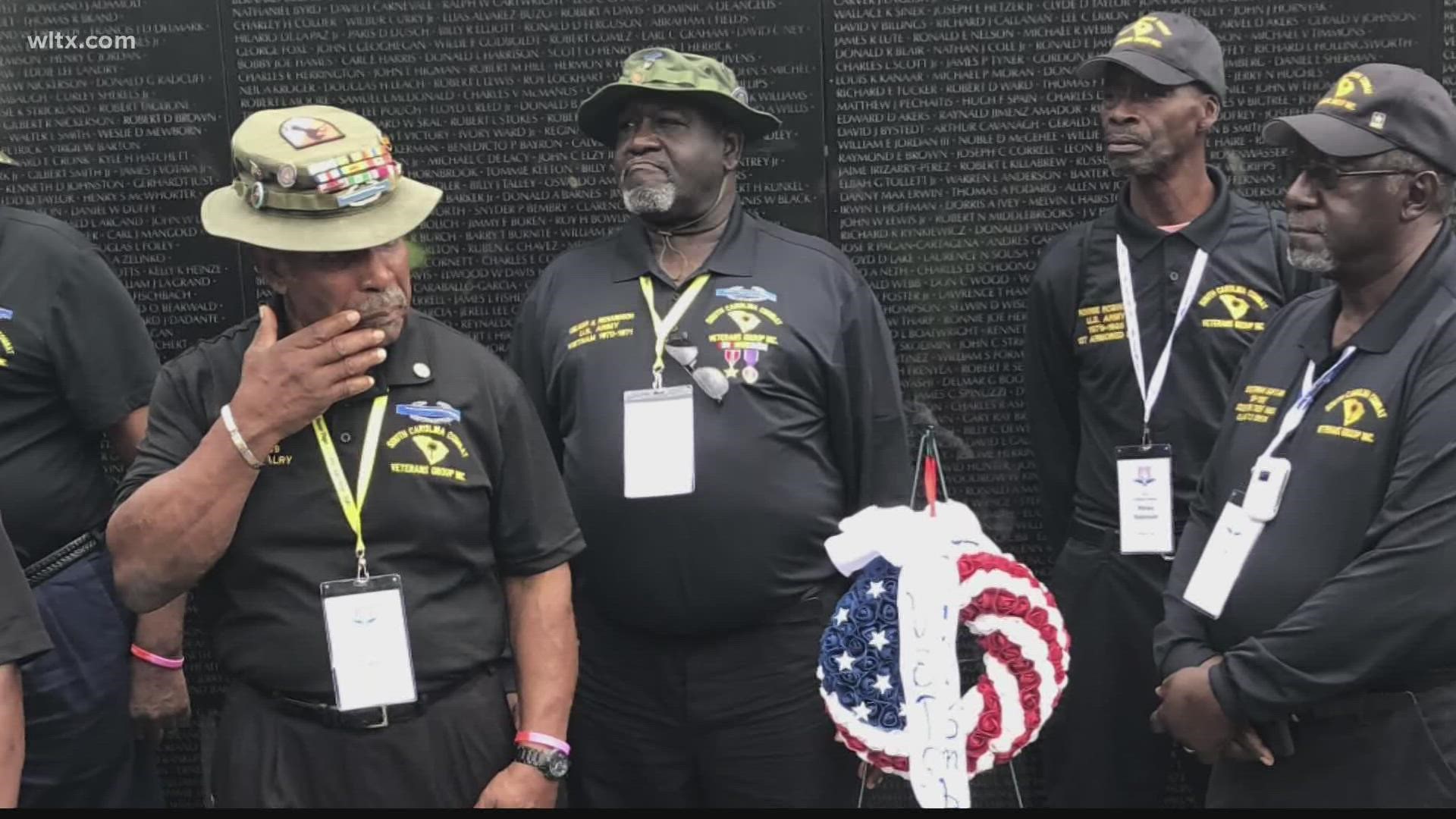 COLUMBIA, S.C. — Sunday afternoon, a group of Vietnam Veterans returned from a trip to Washington that held special meaning.

The South Carolina Combat Veteran Association took a chartered plane to visit the nation's capital. Some of them had served the United States almost 50 years ago with no thanks when they returned home.

“This is the reception they should have had the first time, 'Welcome home heroes.' They are heroes," Dr. V. Stafford said.

Stafford organized the trip that took the South Carolina veterans to the Vietnam Memorial where they were able to lay a wreath in honor of the fallen.

“There’s over 58,000 names on that wall and 100 of them are from South Carolina," said the commander of the group and Vietnam veteran himself, Tommy Olds. "And we were able to represent all of the families of those soldiers that gave their lives during their time. It was really hard, it was very cheerful, but the support that we got from the public that was there was amazing.”

The group has gone to Washington every year for most of the last two decades. But, this year, they traveled by plane as some of the veterans are now in their 80s. For some, they had not been on a plane since they first came home from war.