N.C. teen's tragic diagnosis creates a legacy for other families in need

Christine Wade describes her daughter, Holly, as a typical 13-year-old girl, vibrant, with a larger than life personality. But then the nausea started. 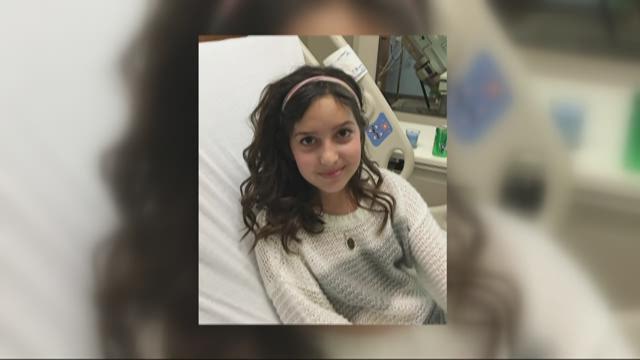 BALLANTYNE, N.C. -- Christine Wade describes her daughter, Holly, as a typical 13-year-old girl, vibrant, with a larger than life personality.

Holly was auditioning for a Nickelodeon show when she started to get nauseous, Christine says. Then, the nausea turned into chronic vomiting.

"She was in surgery the next day to remove the mass and that began a seven month battle with a very aggressive form of cancer," Christine said.

During that long seven months, Holly underwent multiple surgeries, chemotherapy, radiation, even a clinical trial. It was during the trial Wade says her family realized they didn't have much time. She says they started noticing how many other families were dealt a similar fate.

"On top of that some of these folks were really struggling financially," Christine explained. "So, Holly being Holly who is just amazing really felt passionately about wanting to lift some of the financial burdens off these folks."

Ultimately, allowing them to focus less on money and more on each other, taking solace in the comfort of other families and banding together in their time of need.

"We put pen to paper and wrote together what turned out to be the Hands for Holly Fund," Christine said.

The first board meeting was held on June 30, 2016 and incorporated it as a nonprofit. The very next day, on July 1, Holly lost her battle to cancer.

"I always say she returned to heaven," Christine said.

However, she left behind a bit of peace for her parents and the inspiration to continue a beautiful project.

"I think for any parent when something like this happens you try to seek a piece of meaning and you kind of cling to that and I think it was her gift to us," Christine said.

To date the Hands for Holly Fund has raised nearly $150,000 dollars helping pay mortgages, utility bills, car payments, co-pays, and many other vital needs for parents with seriously ill or injured children. All because one little girl had one very big idea.

"At such a tragic loss a legacy was born," her mom reflects.