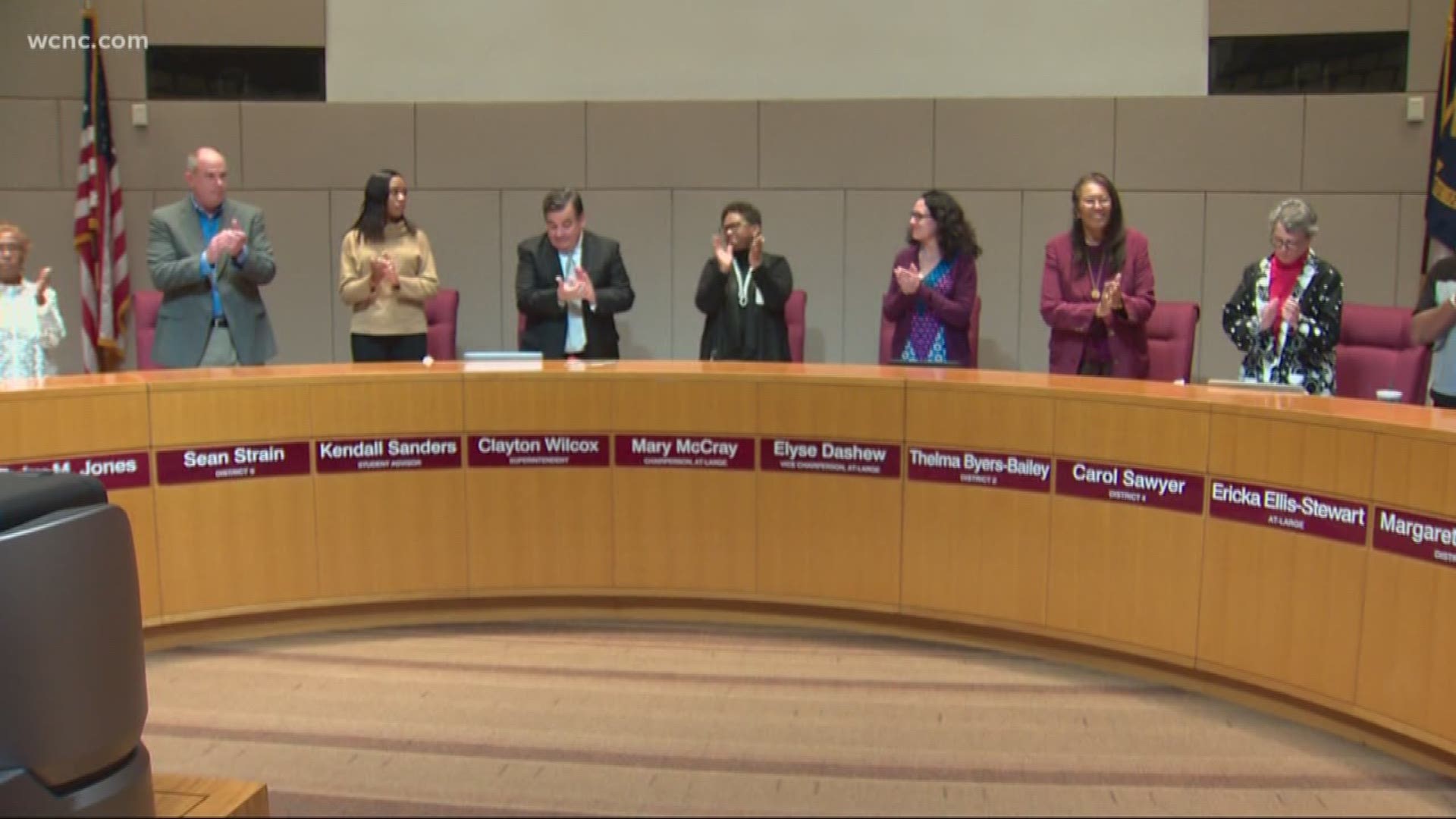 CHARLOTTE, N.C. — The Superintendent of Charlotte-Mecklenburg Schools laid out his budget proposal for the next school year, including $5.8 million to strengthen counseling support, $4.2 million for school security and $7.1 million for maintenance and custodians.

"This is important for our teachers to honor our facilities by giving them the care that they need to do the kinds of things that a 21st-century school system must do to serve it's kids well," he said.

Board member Carol Sawyer says she doesn't believe more SROs in those schools will make the schools safer.

"I would much rather see those 25 positions deployed in supportive roles rather than policing roles," Sawyer said.

More debate on that matter will come in the future.

Board of County Commissioners will decide the amount of county funding for CMS in June.

Wilcox said the district has made strides in improving three main categories: equity, people and support.

The new budget includes a $9.1 million additional investment in equity, guaranteeing a consistent curriculum and providing access to arts.

Also included, a $32.5 million investment in people, to help teachers see a raise and a starting salary increase.

"There's not a person in this system who doesn't have a hand in school improvement," Wilcox said.

In the proposal, $22.1 million would go to supporting students, in part going to hiring support staff and student resource officers.