New push to bring TV/film companies back to Charlotte

The movie business used to be a big deal in the Charlotte area, bringing thousands of jobs and millions of dollars to the area. But the work dried up for a time. Now there's a push to get that business back. 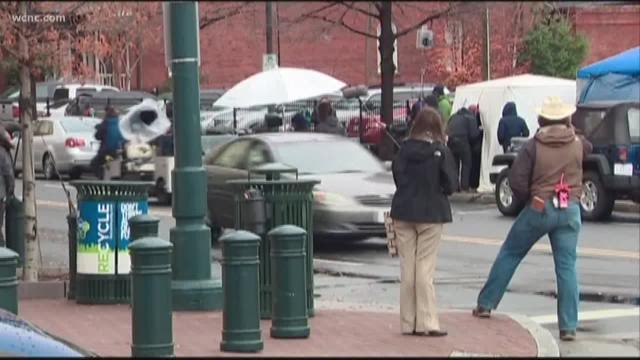 CHARLOTTE, N.C. -- The movie business used to be a big deal in the Charlotte area, bringing thousands of jobs and millions of dollars to the area. But the work dried up for a time. Now there’s a push to get that business back.

Episodes of the popular Showtime series Homeland and Cinemax show Banshee were made in the Charlotte area for three years. Douglas Young and his wife both worked on Homeland. Both have lived in the Queen City for decades, but they can’t get work here anymore.

“It’s always great to be able to stay at home. Instead, I’m working in other states and paying taxes there,” Young said.

Young's wife was the prop master on Homeland, now she works on The Walking Dead in Georgia.

In 2012, the first "Hunger Games" was shot in the Charlotte area. The second almost was, too, but the production moved to Georgia when our neighbors offered up bigger tax incentives.

At the height of the hoopla back in 2012, the entertainment industry made us $377 million and brought 20,000 jobs to the area. We checked and saw the state gave out $80 million in tax incentives to make that happen.

Some would say that’s a pretty good return on investment. The legislature didn’t think so and got rid of the incentives program in 2015. The productions left town.

“That year, we saw no long form production. Literally, work dried up. It did, went to other states,” Young said.

Laura White with the Charlotte Regional Visitors Authority said, “It keeps our hotels busy. We see tremendous economic impact when these productions come to town, so we want to see them keep coming.”

Young is hopeful, too, about stealing back some business from Georgia.

The creators of Netflix's Stranger Things are from Durham and regularly include North Carolina references in their hit show.

They wanted to shoot in the Tar Heel State but instead picked Atlanta, telling the Raleigh News and Observer the decision came down to tax incentives.